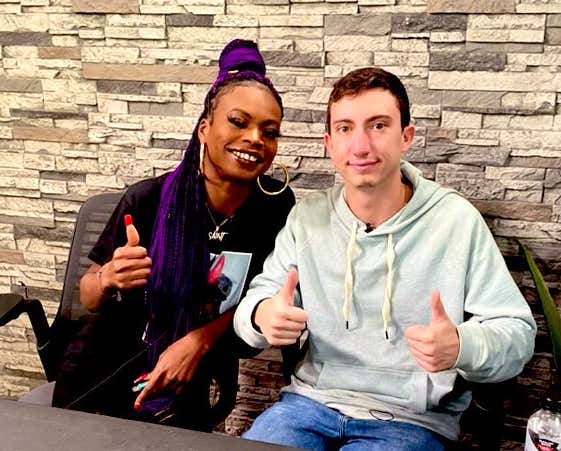 I asked Tommy Smokes to be a part of Tiko Talks, because I have a strong rapport with him. (We were supposed to film an official podcast episode but SportsAdvisors fucked the green screen up with their Thanksgiving feast.) Tommy's been supporting me, as a friend, before he was my co-worker. when Dave told me I could do a test shot for a potential podcast, Tommy Smokes & Brandon Walker were the only ones to support me. They're like the cool white guys who don't have to pretend to be black to be cool. They would be invited to the cookout for sure. Tommy & Brandon make me feel like I don't have to do too much, make me feel like I can be fully be myself. Me and Tommy have an easy friendship, not only because we're both Taurus. Not only because we're the "weirdos" of Barstool. But more because we're the same kind of people. I did a short interview with Tommy, talking about his love life, his life before Barstool, how he got to Barstool, his best/worst people to work with at Barstool, Survivor, his Vape God legacy, what his ultimate goal is at Barstool, and how I made him smoke two backwoods at once on my test podcast episode. Everything flowed like the Nile River, as we both talk about 10 things we're thankful for. I really enjoy filming with Tommy, to the point he was almost my co-star for The Tiko Ten. Coworkers like Tommy make work easy. Thank you for coming onto Tiko Talks, Tommy. and Thank you for being you. Subscribe below to be the first in the know for the next Tiko Ten episode. Every view, subscribe, like, comment, and share means so very much to this lil Texas cowgirl. Love ya stoolies. Tiko Gang 4L.