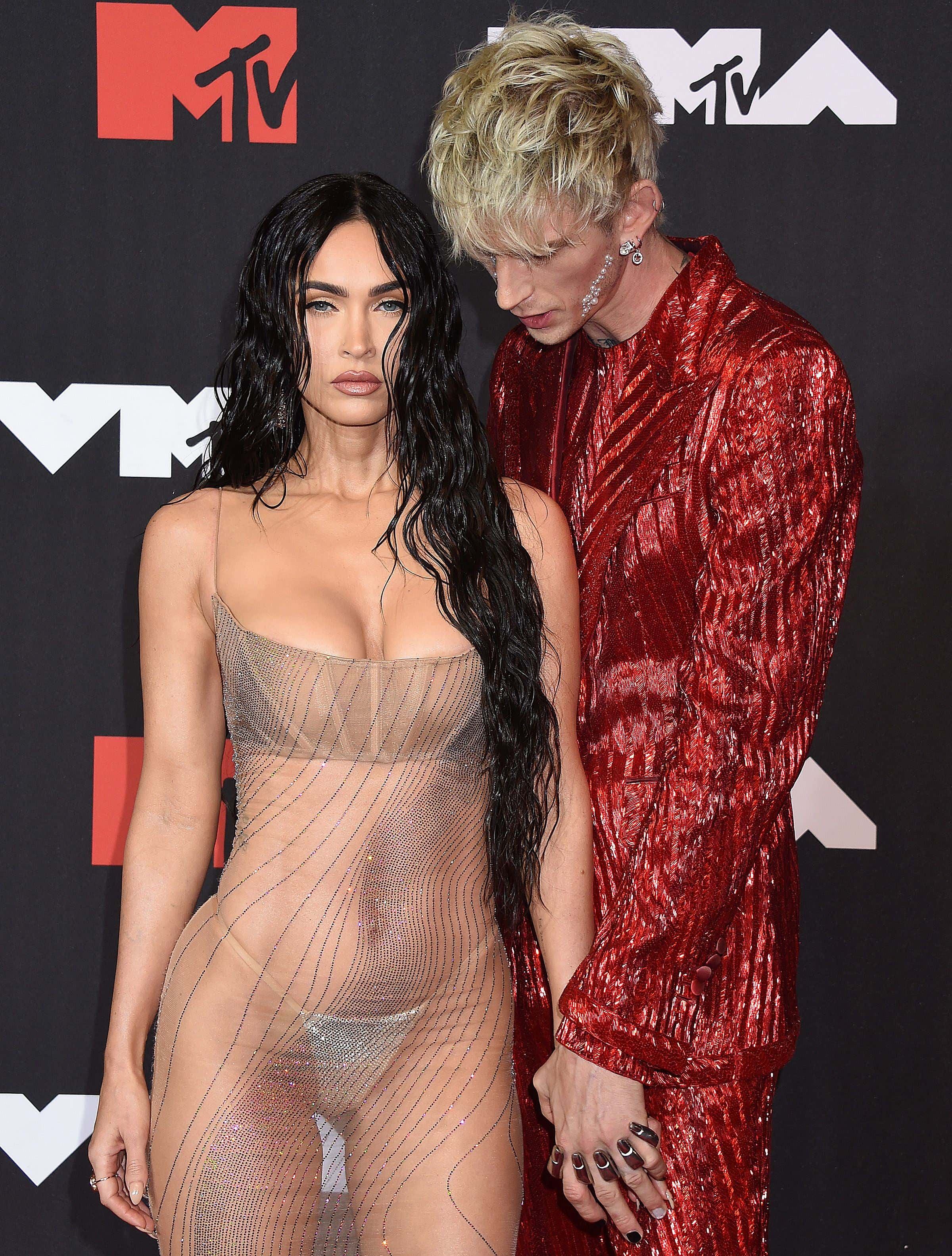 Consequence - Shortly after Machine Gun Kelly and Megan Fox began dating, he threw a knife into the air to impress her. As he told Jimmy Fallon on The Tonight Show, he ended up stabbing himself in the hand and required stitches.

Machine Gun Kelly, who has begun using his birth name Colson Baker again, explained it all went down “right when I was starting to date Megan.” He said, “Travis [Barker] got me a knife that had an engraving from the new album on it. I was like, ‘Yo, check this out, this is sick.’

“I threw it up and it stuck in my hand. You know how you throw it up, and you’re supposed to catch it? I looked at her and I was like, ‘check this out.’” Baker tried to play it off that night. However, “The next morning, as soon as she left, I was like, ‘yo, I need stitches real quick.’”

I gotta say- I side with MGK on this one. It doesn't matter how rich or famous you are, you'll STILL do stupid shit to impress a woman. It starts in like, 5th grade, when you try to make some cool reverse layups in gym class to impress Emily but she has zero interest in you. Then in middle school you buy cool skater shoes because you saw your first blink 182 video. And I think everyone reading this has a list of absolute asinine things they did in high school and college to try and woo a girl. Like, that could be its own blog, just stories of dumb shit people have done to get a girl to notice them.

So as annoying and "look at me, look at me" MGK and Megan Fox are, this story is at least relatable, albeit completely stupid. He was so desperate to look cool for Megan Fox he nearly chopped his hand off. I mean shit, Van Gogh chopped his ear off for a woman he had a crush on, so this is nothing new. And don't forget Adam gave Eve his fucking rib (wink wink). So since the beginning of time, us men have been giving our body parts to women to get a date. It's nothing new. I might start taking notes. I'll start by chopping off my head. Sup, ladies?