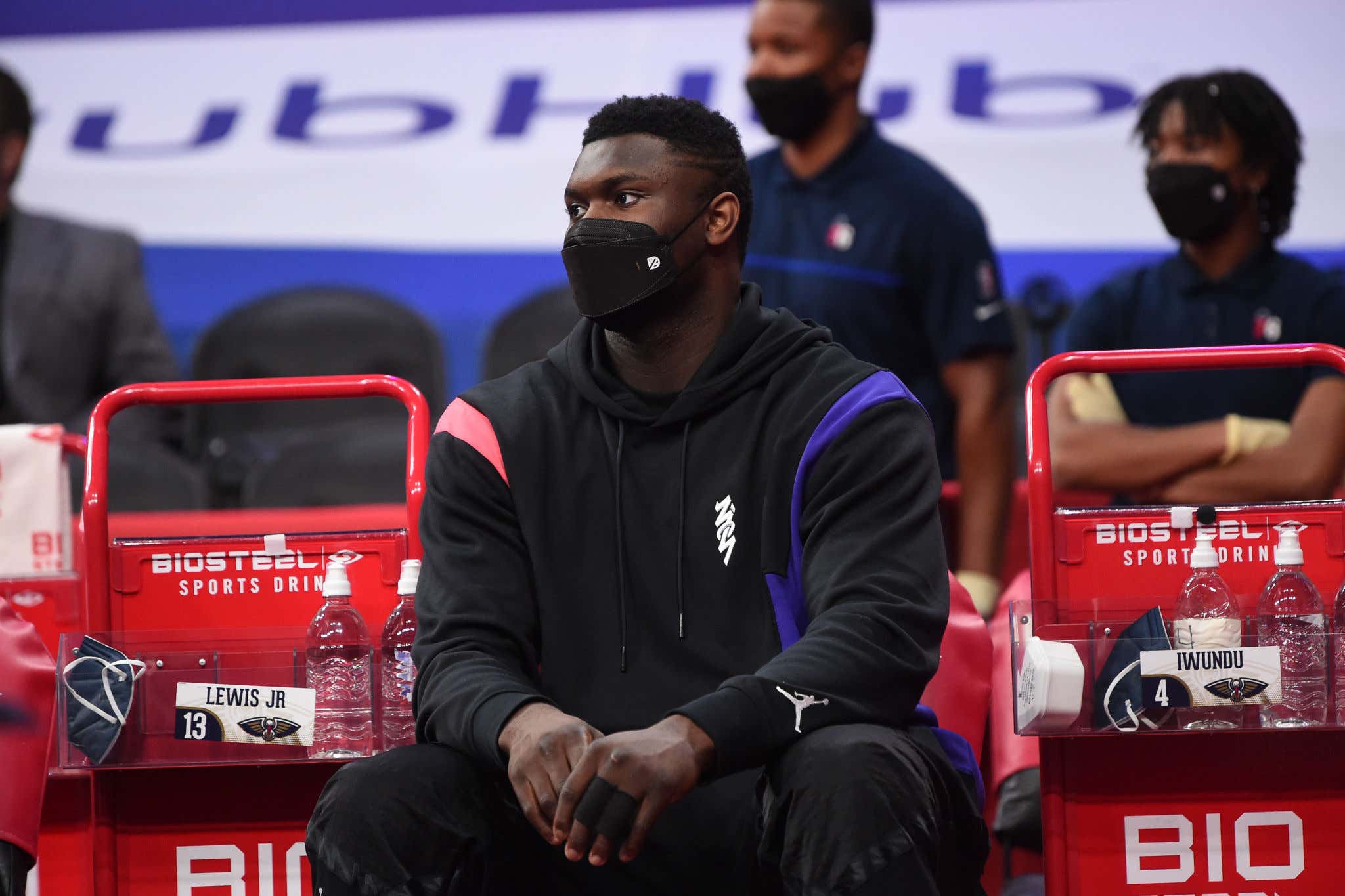 Remember Zion? I wouldn't fault you if you forgot about him a little bit and what he's capable of on a basketball court. We haven't seen it for forever so here's a quick reminder

Ever since last season ended, this entire Zion fiasco has been bizarre. He had a secret surgery that nobody had any idea about and he was supposed to be good by the start of the season according to their GM David Griffin. Well, that surely didn't happen as we're now 24 games into their season and still haven't seen him. Last week he was fully cleared for basketball activities and things looked promising

As a Pelicans fan, this has to excite you at least a little bit right? It's been a tough year for them so far, but at least the return of Zion would help. That is…until now.

This is the fear everyone has when you're talking about a big man and foot injuries. That's especially true for a player like Zion given his frame and his playing style. Does this sound like we're anywhere close to Zion playing this season? When you're dealing with a foot issue to a franchise player, you have to be overly cautious. At 6-18, what's the rush? The Pelicans are 5.5 games out of the 10 seed at the moment, so there's no need to compound the issues by potentially messing Zion up.

As a fan though, this stinks because Zion is so much fun to watch when he's out there. It makes you wonder if the team has any idea how to treat his injury/handle his rehab. Then you start to wonder how he feels about the situation and if that will matter at all when it comes time to talk extension. The Pelicans will offer him a rookie extension no matter what I imagine, but does he take it? Will he be one of the few players to ever turn down their extension and play on their qualifying offer so they can be a free agent sooner? Personally I think that would be insane for a player with clear injury issues to give up all that guaranteed money and risk it, but you never know.

If you're the Pelicans though, what choice do you have? Even if a decision like this comes at the expense of losses, you need to always be thinking big picture and long term. The only issue there is we're seeing star players get more and more restless. It doesn't matter to them if they sign extensions or not. You have to wonder if Zion will ever be 100% and if they should maybe entertain of moving him for the right package. That might be a little premature right now, but if you're thinking big picture you can't rule it out. It sucks because Zion is such an awesome young prospect who showed legit signs of stardom in his 61 games last year. The man put up 27/7/4 on 61% shooting as a 20 year old. That's not exactly normal.

But now we're left to wonder when we'll actually get to see him play and once we do what type of player will he be? The whole thing is a giant mess. David Griffin was supposed to come in and right the ship, and it seems like all he's done since arriving is make things worse. It all just sucks.