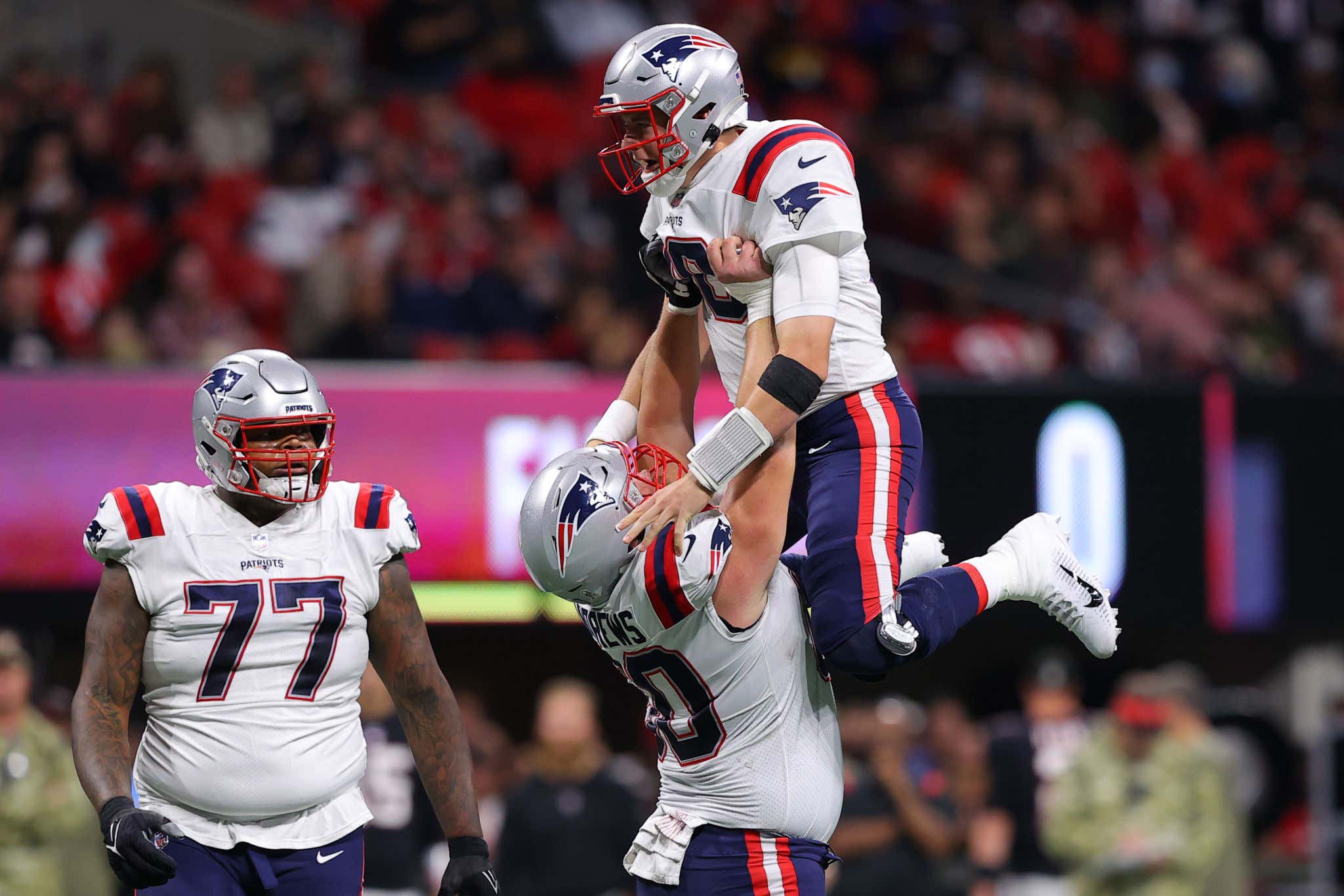 The natural tendency in most of us to proceed with caution when dealing with a young athlete who's still in the early stages of tasting success. Or a young anyone being successful at anything, really. All one needs for a cautionary tale is to dig up any clip from "E! True Hollywood Story" to know what sudden success in your field (and I didn't say "chosen" field because all too often the choice was made for them) can do to a person who lacks the capacity to process everything that comes with it. The downside. The pressure to live up to the standards you yourself have set. It can be devastating to someone who's not wired to handle it.

So sure, maybe I should downshift and feather the gas a little on the Mac Jones luxury motor coach I've been steering ever since I predicted he'd be the Perfect Patriot all the way back in March.

So yes, I could slow down the way others are asking me to, but I won't. Not after what we've seen from this rookie. His accuracy. His composure. His command, of both the offense and the huddle. The way he processes information. Learns from the errors that are forced on him by opposing coaches. And the numbers we have seen over the month just past:

And his season as a whole:

Not when he's got six games with a passer rating over 100, and the four QBs drafted ahead of him have combined for zero (in any game with 10 or more attempts). Not when he's four games with 100+ passer rating away from tying the rookie record set by Dak Prescott in 2016. And not coming off a week in which he led all NFL QBs with a 123.2, and in yards per attempt with 9.7, and was fourth among all QBs in yards with 310.

In no way does that make me want to do anything with this Hype Bus but get over into the left lane, put my foot on the pedal and stand on it.

But the larger point isn't what I think. It's what the football world thinks. And they're thinking that it's time to start giving this guy awards:

Good on JC Jackson. His DPOTM is not only well deserved, it will be just one of many to come, I'm sure. But I'll wager that he's never been a finalist for his prestigious honor. Nor probably, has any Patriots player. Not even Tom Brady:

As they say at the Oscars every year without ever meaning it, it's an honor just to be nominated for a Nickelodeon Valuable Player NFL Slimetime award. Whether he wins it or not is secondary to the fact Jones is no longer being compared to just the other rookies, but to the best in the game. By both the people who brought you "Fairly Oddparents" and the football world in general.

Most importantly, by his own teammates:

It's like he's been in Foxboro for five seasons. Or 10. Not like he just got off a plane in May and got his picture taken with the Krafts holding a No. 1 jersey and spent all summer wearing 50.

That said, in the headline I alluded to the way Jones has been both embracing and becoming part of every day life around here. And here's what I was getting at:

Get a load of this guy. Mr. Kraft has long since made it a priority that the people on and around his team do good works for the people of the region. He's made it a part of the culture of the team since he put up $175 million he couldn't afford to buy the worst franchise in pro sports back in the mid-90s. Charity work. Community outreach. Support for local programs. Feeding people in need. Giving of their time and effort. And while a team owner can ask, he or she cannot force anyone to. And yet his efforts have been an overwhelming success. Now you turn around and find his franchise quarterback - who himself was playing high school ball like six years ago - is going out of his way to hang out with a team from Western Mass. getting ready to play in their division's Super Bowl. From the minimum required distance. In a mask. Just so as not to run afoul of the Covid cops in either the NFL or the Mass. Department of Ed.

It's like every time you think you can't be more impressed with the way McCorkle conducts himself, he comes up with a new way.

Or his significant other does:

Going to a Celtics game with other player's wives and girlfriends is one step below going to a Celts game with your teammates, and I have no doubt that's coming next. Either during the bye week or in February after the season. Or dare I dream, one of the postseason bye weeks. But it's coming. It's a huge part of what it means to be a pro athlete in this region. Guys on teams supporting the guys on the other teams. Then getting to visit them all for a pregame ceremony when you've brought home another championship. That's ultimately what it's all about, along with of course the excellence and being part of the fabric of Masshole culture. And so far, after just a few months, the next great New England sports legend is checking all those boxes.

If I ever get sick of being right about this team all the time, I'll let you know. But don't hold your breath on that.