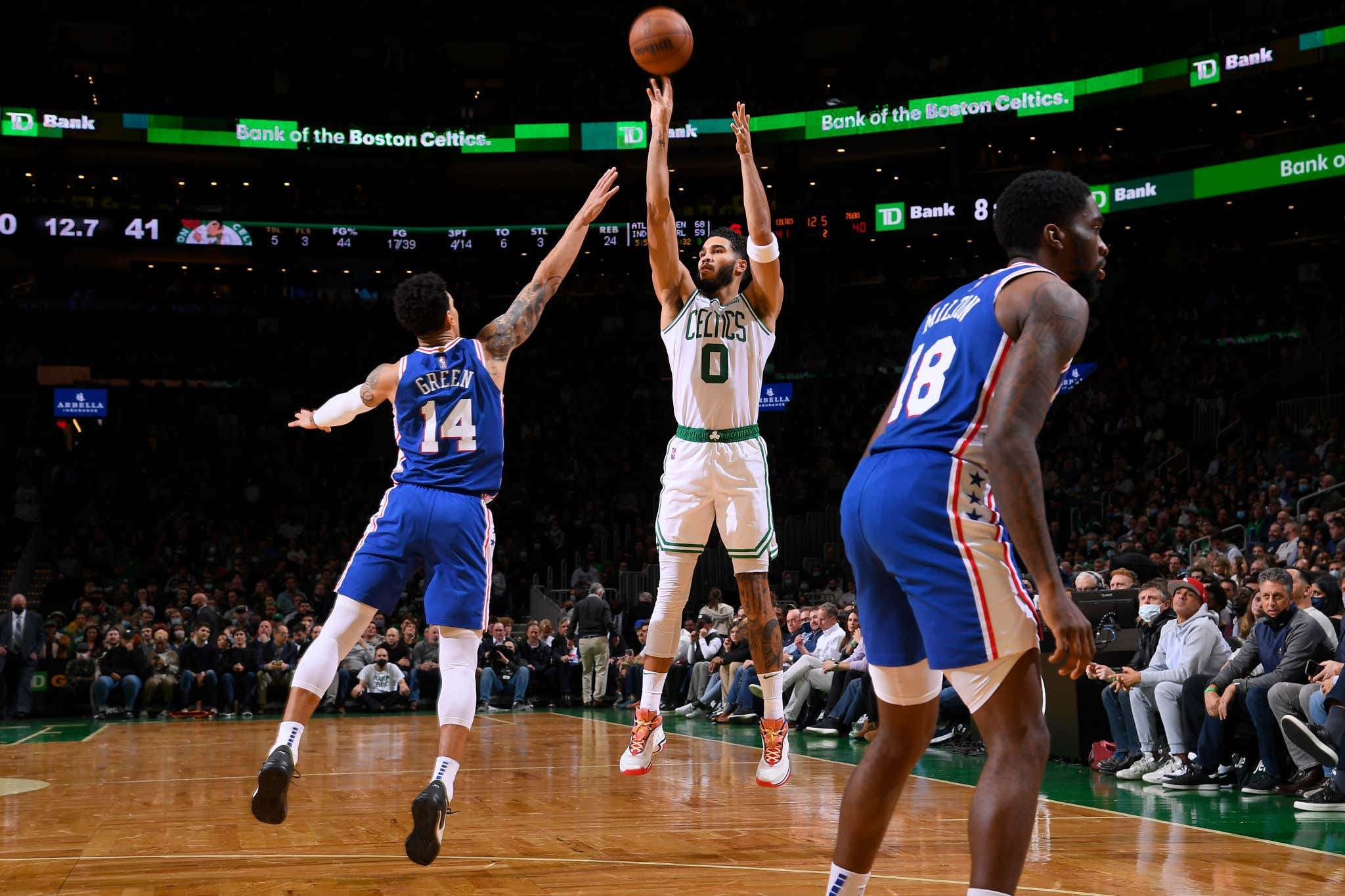 For just the 7th time in 22 games, we finally got to see the Celts at full strength. Even better, so were the Sixers. Well Ben Simmons wasn't there, but we knew that already. They don't get an excuse for that disaster. Embiid was coming off covid, Jaylen off a tweaked hammy, so it's not like both sides were 100% but it was our first look at how these rosters stack up. It went pretty much like every Celtics/Sixers game. No one really pulled away, it was close the whole way and things came down to execution in the last half of the fourth quarter. That's not exactly something I feel all that confident that the Celts can actually do. They have big time late game execution issues, and they even showed up to close out this game. Dennis Schroder heroics and then potentially game losing decisions all within a 15 second span. Going from being up 4 with 30 seconds left to literally defending for your life to sneak out a win. Not exactly how I would have preferred things to do, but you know what? Rob saved the day. Of course he did. He's an athletic monster who does nothing but impact both ends of the floor. You think this team missed this?

Perfect job of contesting without fouling. We've seen Rob make this block a thousand times before and boy am I glad he managed to do it in that spot. Great ATO by Doc too, he really nailed that one.

Then you factor in Jayson Tatum waking up and finishing with 26/16, which is a career high in rebounds and then some dagger clutch buckets late

It was everything we needed from him in a game like this. He stepped up in the fourth quarter like a franchise player has to. Joel Embiid meanwhile was getting put in timeout by his father, Al Horford. Or maybe it's Jayson Tatum. Maybe it's both?

Wild what can happen when the Celts get the player who does nothing but shut down Joel Embiid back in their lineup. That has to hurt extra too. They had Al, they couldn't figure out how to use Al, now Al is back to beating the Sixers and eliminating Joel Embiid from a game. Time is a flat circle.

More importantly, the Celts kick off December with a much needed win. This month is brutal, they're about to have a B2B with the Jazz/Blazers and who knows if Jaylen plays. His injury looked a little spotty there.

We'll regroup in the morning when we've had proper time to digest everything. In the meantime, enjoy a night where the Celts finally didn't choke.