Airbnb listing can be viewed here

I feel like every few years the Home Alone house gets listed for sale which caused me to look at pictures of it while dreaming of owning it then quickly crashing back to reality in my cubicle when I saw the price. But being able to stay in the Silver Tuna for one night is true bucket list shit for anybody that has ever seen Home Alone once in their life since you'd either have to be rich in real life to do that or family/friends with the fictional McCallisters in the Home Alone Cinematic Universe, who may be the worst collection of humans ever dreamt up.

Speaking of the McCallisters, the only bad part of this promotion is being stuck with Buzz as your guide.

No offense to the actor just trying to make an honest buck off a role he played more than 30 years ago, but that motherfucker will forever be the spawn of Satan in my eyes. The only way I'd want him sharing the house with me is if I could make him try to survive all the booby traps in that house of horrors his little Jigsaw brother set up along with all the other McCallisters that made Kevin's life a living hell not even including the times (plural!) that they lost him on Christmas. I'm not just talking the Mirco Machines and feathers either. I'm talking slipping on ice, a blowtorch to the head, and a nail through the foot that I refuse to watch during my annual rewatch of this classic.

Other than that though, this is an absolutely brilliant idea. Off the top of my head, the Top 3 things I want to do in this legendary house are:

3. Ride A Sled Down The Stairs

To be clear, if I did this now, my body would explode after the first step. But it would absolutely be worth it if I somehow survived it since every kid dreamed of doing this in their house before their parents told them they would best case scenario go to the hospital and worst case scenario die. Yes, this is a talk I had with my two kids the first time they watched the movie as well.

This is definitely one of those things that would be more fun to talk about than actually do since the setup would take HOURS. But that shit blew my mind the first time I saw it and I still associate "Jingle Bell Rock" with this scene, which is no small feat since that's a Mount Rushmore Christmas song that has been played during countless warm holiday moments for your pal Clem.

1. Sleep In The Attic

I know that Mr. and Mrs. McCallister's master bedroom is the creme de la creme of this house. But I would never want to sleep in the same room as them out of fear of becoming a bad parent by osmosis. Plus there was always something so awesome about that semi-finished giant attic atop that fucking SICK house that Mr. McCallister likely acquired through shady business deals that robbed money from common men that I always loved, even if you were sentenced to sleep next to a habitual bed pisser.

Fuller being the biggest celebrity from the Home Alone cast in 2021 is a hell of an upset. I'm actually disappointed Succession hasn't had a joke about Roman Roy pissing on someone after drinking too much Pepsi because that is definitely something that sick fuck has done in the throes of passion at some point.

Anyway, I loved the idea of having the attic to myself and have only grown to respect that scene since the look on Kevin's face when he tells his mom he hopes he never sees her or the rest of her retched family again the rest of his life makes me laugh every time. 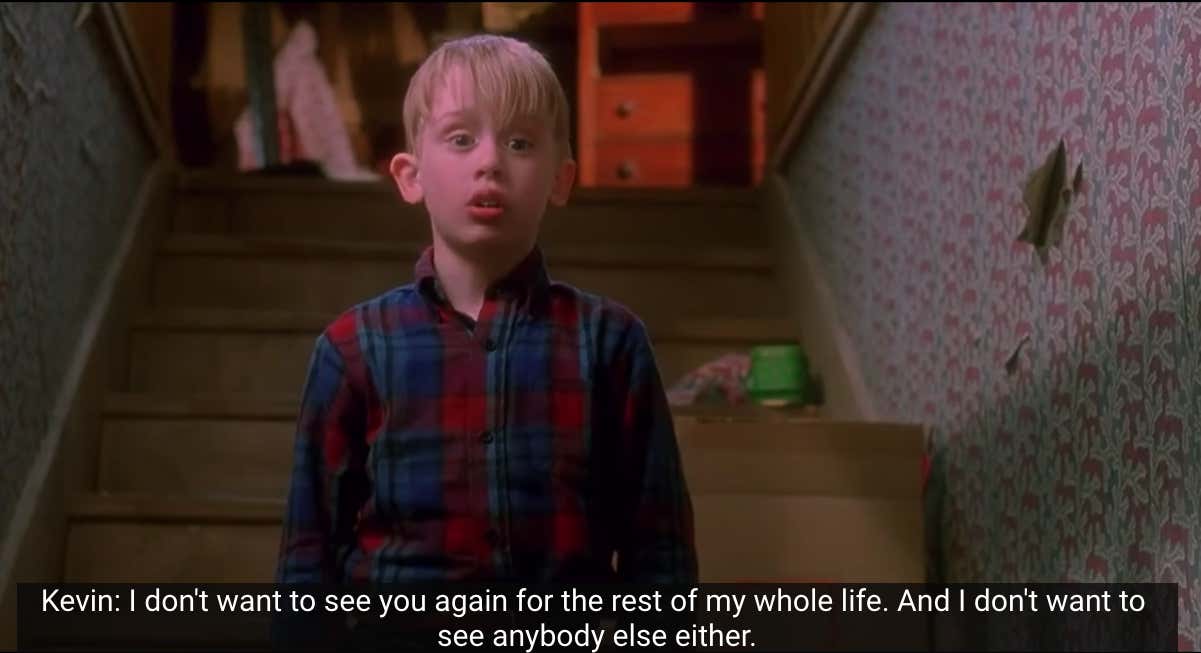 P.S. If you don't stuff the drains in the house then turn the water on in all the sinks after you check out, you are a huge pussy. Say what you want about the Wet Bandits but those dudes had heart.