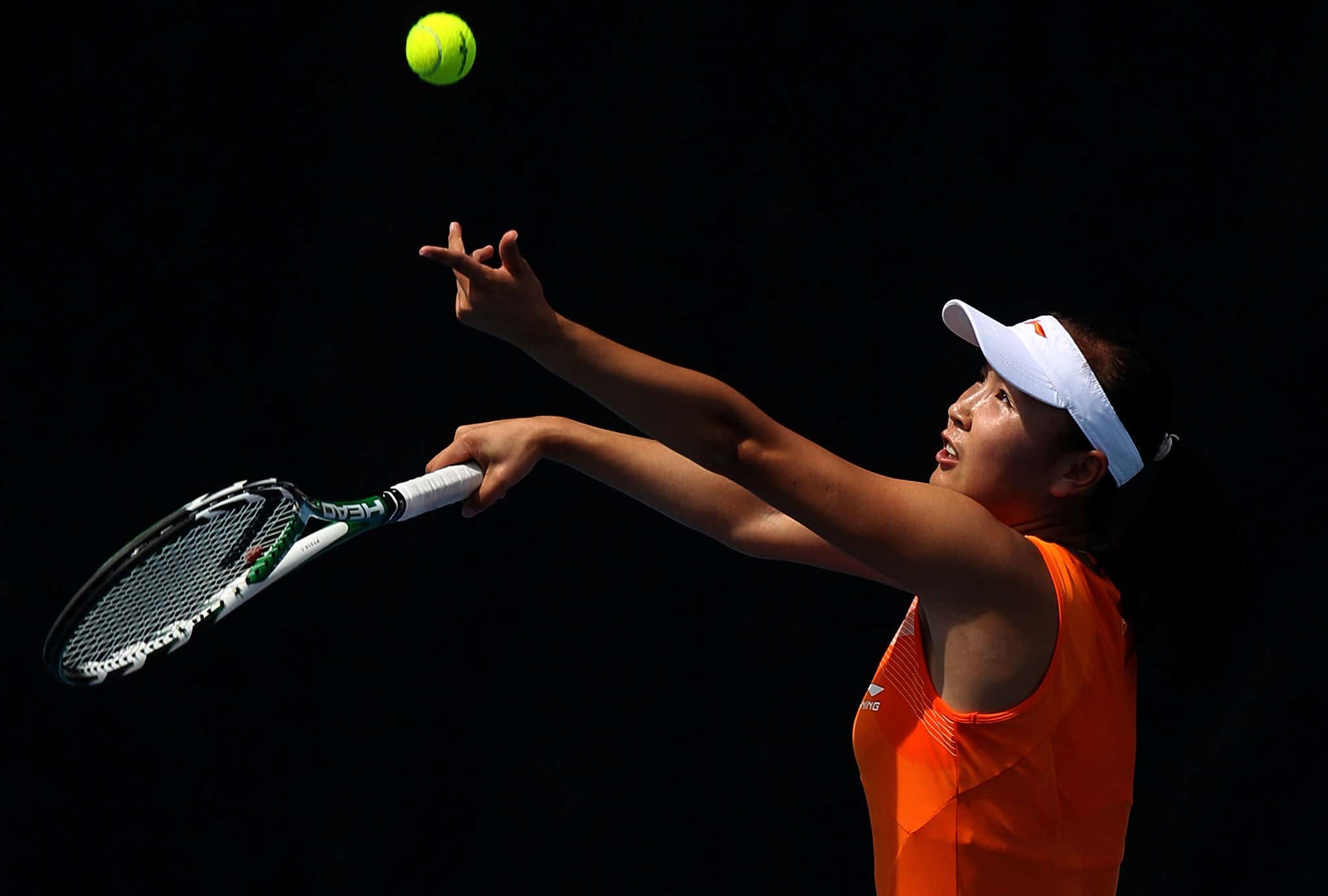 Holy shit, big news today in the sports world as the Women's Tennis Association has announced they're pulling out of all future events in China amidst the Peng Shuai situation.

The quicker synopsis here is Peng Shuai is a big time sports star over in China, previously ranked number one in the world in women's doubles. She is a massive deal and one of their more recognizable athletes. In early November she used China's version of Twitter to say she was sexually assaulted by a Chinese politician. The message was deleted less than 30 minutes later and Peng Shuai vanished for several weeks. No one saw or heard from her at all. Then when the story picked up globally a seemingly fabricated email "from her" popped up saying she was fine or would make an appearance soon. No one with common sense believed it. Then a few videos popped up that were extremely suspicious and gave everyone no comfort that she was acting under her own free will. In the mean time China has censored everything about Peng Shuai, including every moment she is brought up in real time on outside news outlets. This CNN video is nuts.

The IOC set up an interview with her to confirm her safety, but all they care about in the end is the upcoming Winter Olympics going on as scheduled. They'll say anything to quiet the public worry. The WTA (women's tennis association) has continued to press harder and harder against China. The CEO and Chairman of the WTA Steve Simon has given zero fucks and called out China for everything here. That dude has balls and should be commended for how he's handled this scary situation.

If you need a further refresher on the story including the emails and videos I've covered it on the blog here….

The WTA has held strong throughout this entire story not believing a single thing coming from Peng Shuai's side. They don't believe any of the videos and have no confidence that she is doing anything under her own free will. Now they are pulling out of any upcoming tournaments until further notice when they at least know for sure Peng Shuai is safe and sound. Big time respect for how the WTA has handled things and this move today is a massive move that shows they care about her well-being and not about the millions that will be lost by not having this tournaments. These days it's rare for a business/company to do that as shitty as it sounds. It's one thing to say they don't agree with anything going on or have little evidence to believe it, but it's another to act on it like this. Great job by Steve Simon sticking to his guns.

As for the IOC? Again, all they care about is the Beijing Olympics going on as planned. They'll do whatever China asks so they have their event happen. The lack of care from their side has been a joke, but what do you expect from the ultra corrupt Olympic committee?

Now what happens next. For the WTA to change their tune they're going to need to see Peng Shuai out of the country. That's basically the only way for sure you can know she's okay and doing her own thing. These obviously staged videos do nothing for anyone with a brain. Will the ATP follow suit and pull out as well? That would be another big move for sure and you have to think it's coming.

If you wanna learn more information about this Eddie and Chief actually talked about the Peng Shuai situation on Dog Walk yesterday. Very good listen.