What the hell is this? Did Cardale Jones become an NFL insider and hit us with an early December Fools joke?

As the Chairman of the Daniel Jones Hype Group, it goes without saying that I am shook and heartbroken that this news landed on our heads from the sky like an anvil. Not just because our little lamb is missing a game against the Dolphins with an injury to a part of the body you never want to hurt but because we already have weird random Twitter rumors popping up about how long he is actually out for.

I can't confirm nor deny this report. But Jesus was a carpenter and he's the reason for the season, so I guess I kinda have to believe it which would be absolutely terrible news.

However, as the Chairman of the Hype Group Formerly Known As The Colt McCoy Hype Group, I know that a 4-7 Giants team can win on the road with their QB2 after Colt McCoy did exactly that in the first week of December last season. So we are going to put all our positive vibes directly behind Mike Glennon, who surely won't have to worry about straining a neck against an aggressive Dolphins defense that could make mincemeat of the Giants offensive line. 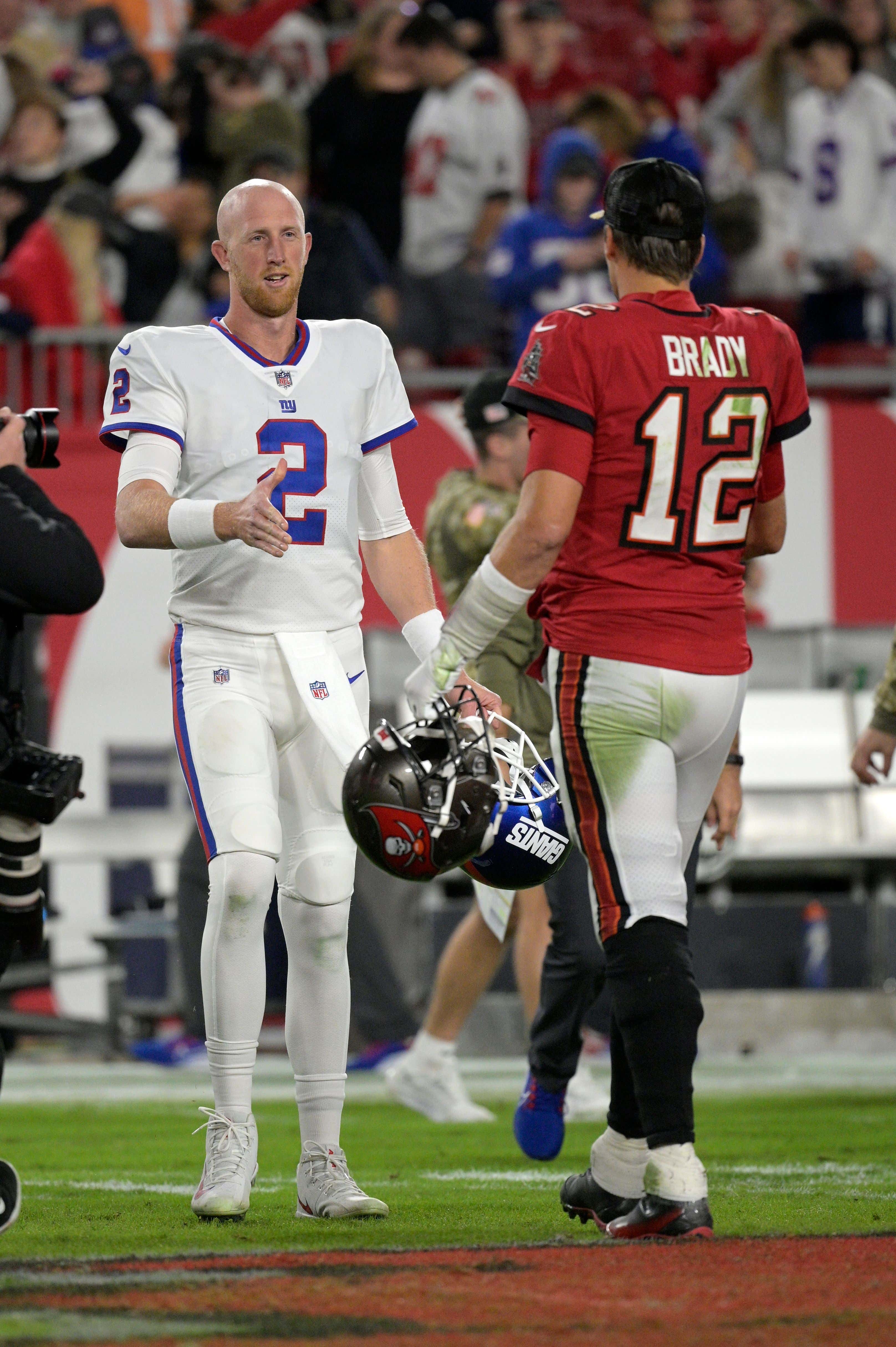 2017 me was so excited about this tweet an hour ago. Now I'm kiiiiiinda terrified that it's going to lead to Jake Fromm State Farm starting a game for my team before this season is over.

Okay I'll be honest, I'm still kinda excited since Jake Fromm was number 1 on everyone's Big Board when he was putting up numbers as a Freshman and I lowkey think he can be a multiple time Super Bowl MVP despite not thinking about him in at least 2 full years. But I still need Sweet Daniel to get better ASAP, who is officially off the hook for the uneven offense against the Eagles.

I hate to be the one to say this, but I think we have to burn those Color Rush jerseys despite the Giants finally getting a win in them after like 100 tries. Some things were just too beautiful for us mortals to enjoy.

P.S. This made me smile, which is something I didn't know I could physically do after reading this story.