BLEEP BLEEP yelled the alarm on early Monday morning. I had been ignoring it for too long, I knew I was in trouble. I woke up out of my sleep, in a rush. I hadn't finished completely packing up my Houston Texas apartment. I sleepily wiped my eyes, and stared down at my phone. "4AM" screamed at me. Mocking me. I immeadietly sprang up, as my flight was at 5am. and the Houston airport was 40 minutes away. and I had to check in a suitcase. and my two kitties, Salem & Butta. Lastly, I had to pick up my twin brother Patric on the way to the airport so he could film "THE TIKO TEN" with me. "Fuck." Of course the Gods were laughing at my unpreparedness, and I couldn't find my car keys. After two mental breakdowns, dumping every single thing out of suitcase, and falling straight to floor, temporarily giving up on life. I finally found them, on top of some boxes I had discarded. In my rush, I couldn't find the shit. Isn't it always like that? I got to my brother at damn near 5am. My flight originally left at 5am, so I knew that I had missed it. In the silent Uber ride to the airport, I contemplated my options. The only other flight I could get there landed at 1pm. I was due to record Episode 3 of The Tiko Ten with KB at 2pm. I decided to buy a flight out of United that landed at 12pm. I had no makeup on, wasn't dressed and would need to drop my bags and kitties off. That extra hour was imperative. Me and Patric flew out together to LaGuardia. 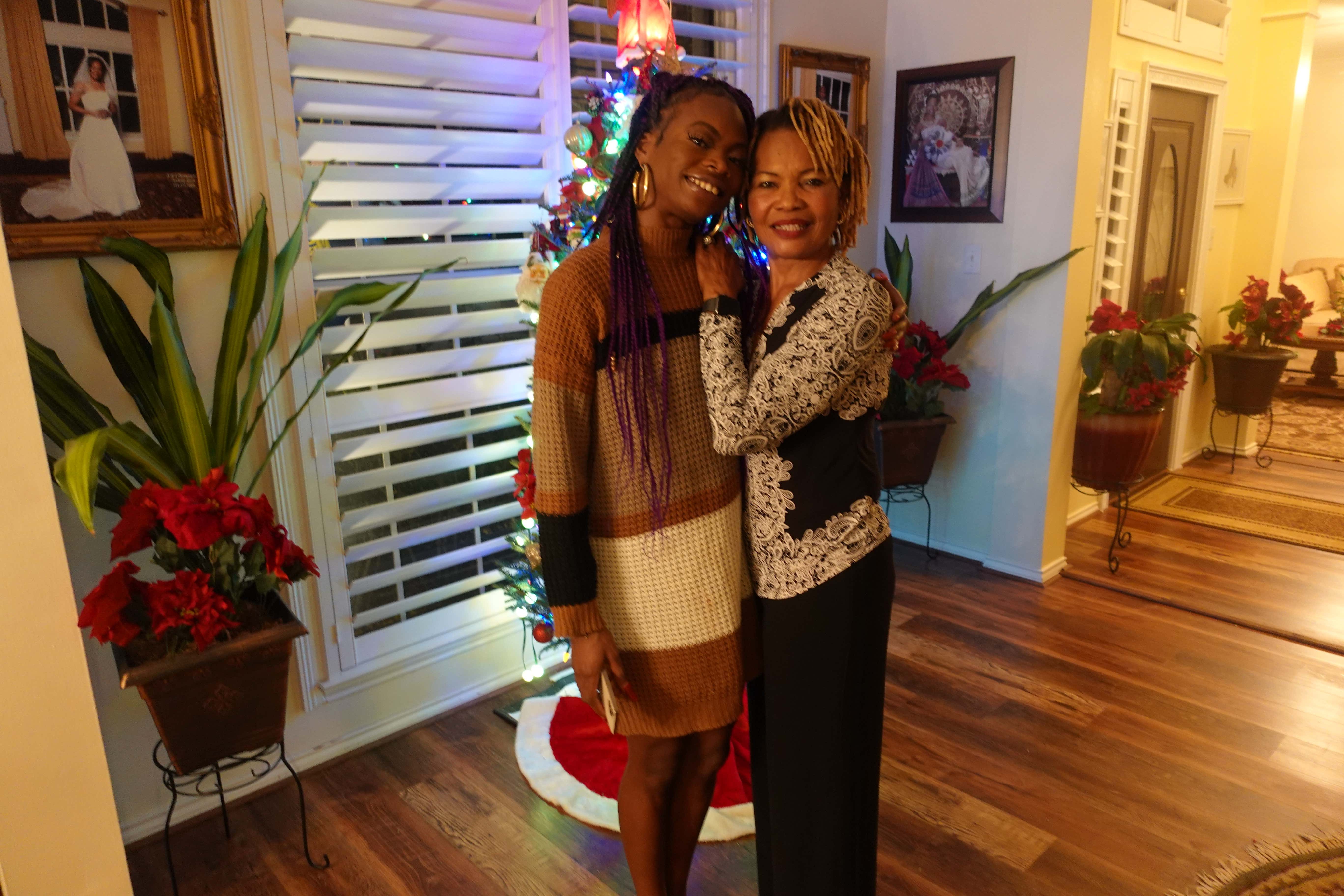 After landing in NY after the holiday in Texas, I instantly felt different. Felt like business. After waiting on bags, and Uber.. we didn't arrive to my Bushwick apartment until 1:20pm. I barely was able to breathe as I rushed to get camera ready by myself. (The budget aint there yet, its cool.) Me and Patric arrived to the office at 2pm. Cyber Monday had the office buzzing with excitement. The Christmas decorations and drinks flowing had everyone in a good mood. HQ was prepared for a show. a BIG ONE. I couldn't believe that I was going to be a part of it. I talk my soul on these blogs and Im not going to stop now… I originally was not on the list for the live stream, but this is DO OR DIE for me. I emailed Erika and asked if I could be part of the show. She replied back and agreed happily, as my merch had just arrived to Barstool. I grinned from ear to ear seeing that email. This is a special opportunity to me. And I can't just float along, happy and content with having the best job in the world. Nope, I gotta work, I gotta twerk, I gotta shine, I gotta grind. Ill give it my all, and put it on the floor every fucking time. I rushed over to the green room and started setting up for THE TIKO TEN. KB was still filming for The Yak. so I still had time to chill until he got done. We recorded a great episode. SUBSCRIBE to be the first in the know when it drops later today. After the recording , Pilar and Allison came up to me with my merch that I would promote in the live show. I introduced my twin brother to Dave and they had an easy and great convo. 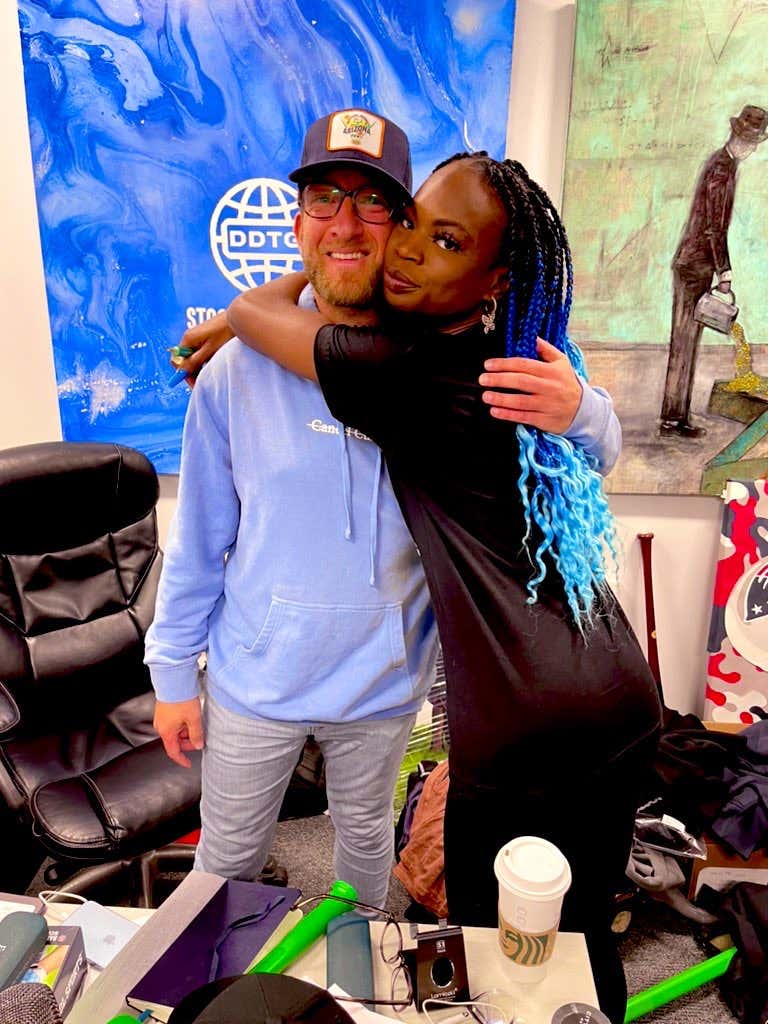 After I left Dave's office, Erika, my CEO, facetimed me and asked me to come answer some advice questions with her. She even invited my brother to be a part of it. The podcast was easy because it's always easy with Erika. She's a joy to be around because she turns me up and accepts me truly for who I am. She knows Im crazy and she loves every bit of it. I feel like she sees a younger her in me, and wants to help me guide the path that she had to go on. I feel more than flattered that my CEO thinks highly of me, and it was my pleasure to come on her show. 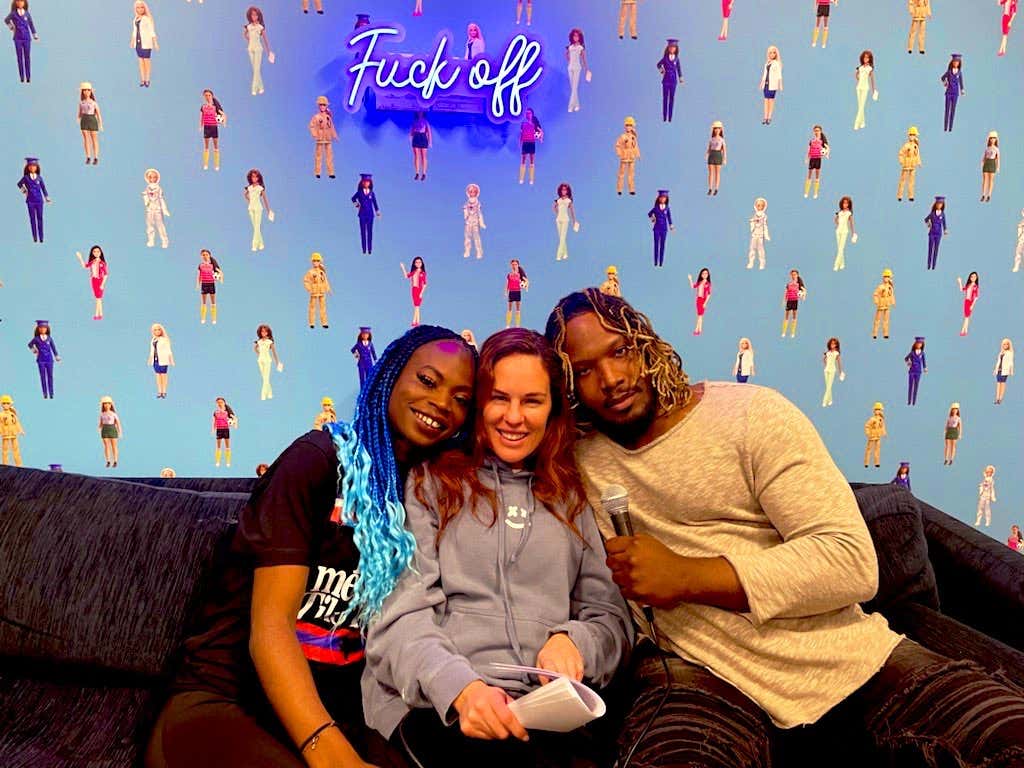 I walked outside of Erikas podcast to see HQ had been transformed into a live stream. Everyone was bubbling and excited. I got to see a couple Barstool employees, Philly, Chicago, you name it, that I never get to see, some I never met before. Sabrina was super super sweet, and it was great seeing Eddie, as he was part of that legendary interview when I pitched myself to be full time on. I want to kiss him right on his cheek for inviting me to HQ those few months ago, because by doing that, he's changed my life. I introduced all the girls, at least the ones Im cool with, to my Twin brother Patric. Dave had me hop on the phones, and I was able to talk to a few stoolies, 95% knew who I was as soon as I said hi. The supporters were a joy to talk to, as many expressed that they had been following my come-up. As I talked on the phone, I peered around the office. It was a circus. Jersey Jerry & Jeff Nadu were acting a fool, all the bloggers were busy on the phone, laughing and talking. Cameras mobbed our faces, getting every lick of content. Dave sat up on stage like a true king, in his down to earth fashion. I smiled sweetly to myself. I'ma part of this. Before I knew it, it was my turn to go up. 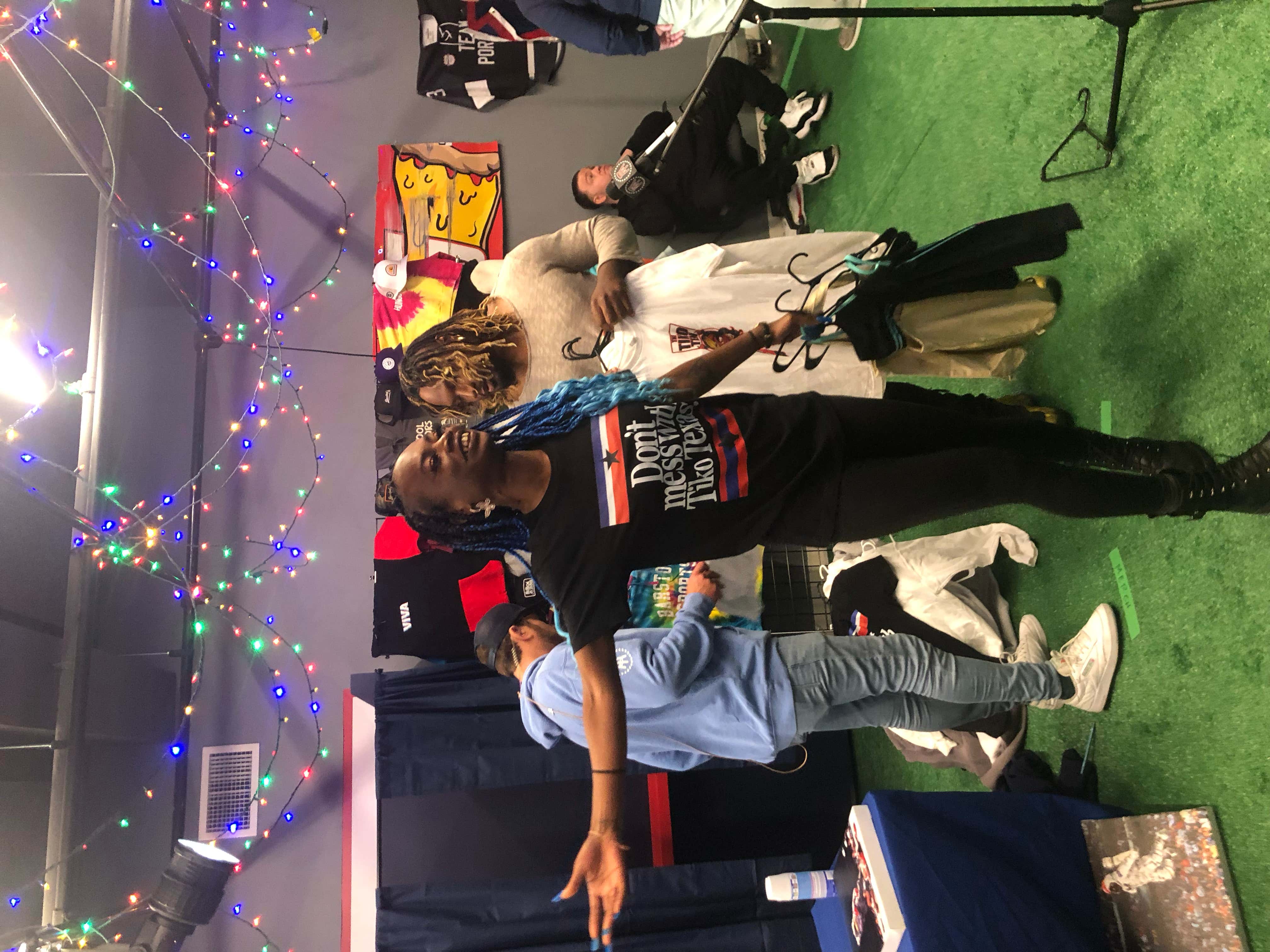 I blacked out for the 2 minutes or so I had on the live stream. The lights were bright, and the cameras were big. It felt awesome to be on stream with Dave again, easy and hilariously sarastic.  Dave loved my merch and even included my "Dont Mess With Tiko Texas" tee into his personal favorites. That meant a lot to me, as Dave has always supported my grind. After I was done on the stream, Sabrina invited me to Tao in downtown NYC for complimentary food & drinks. 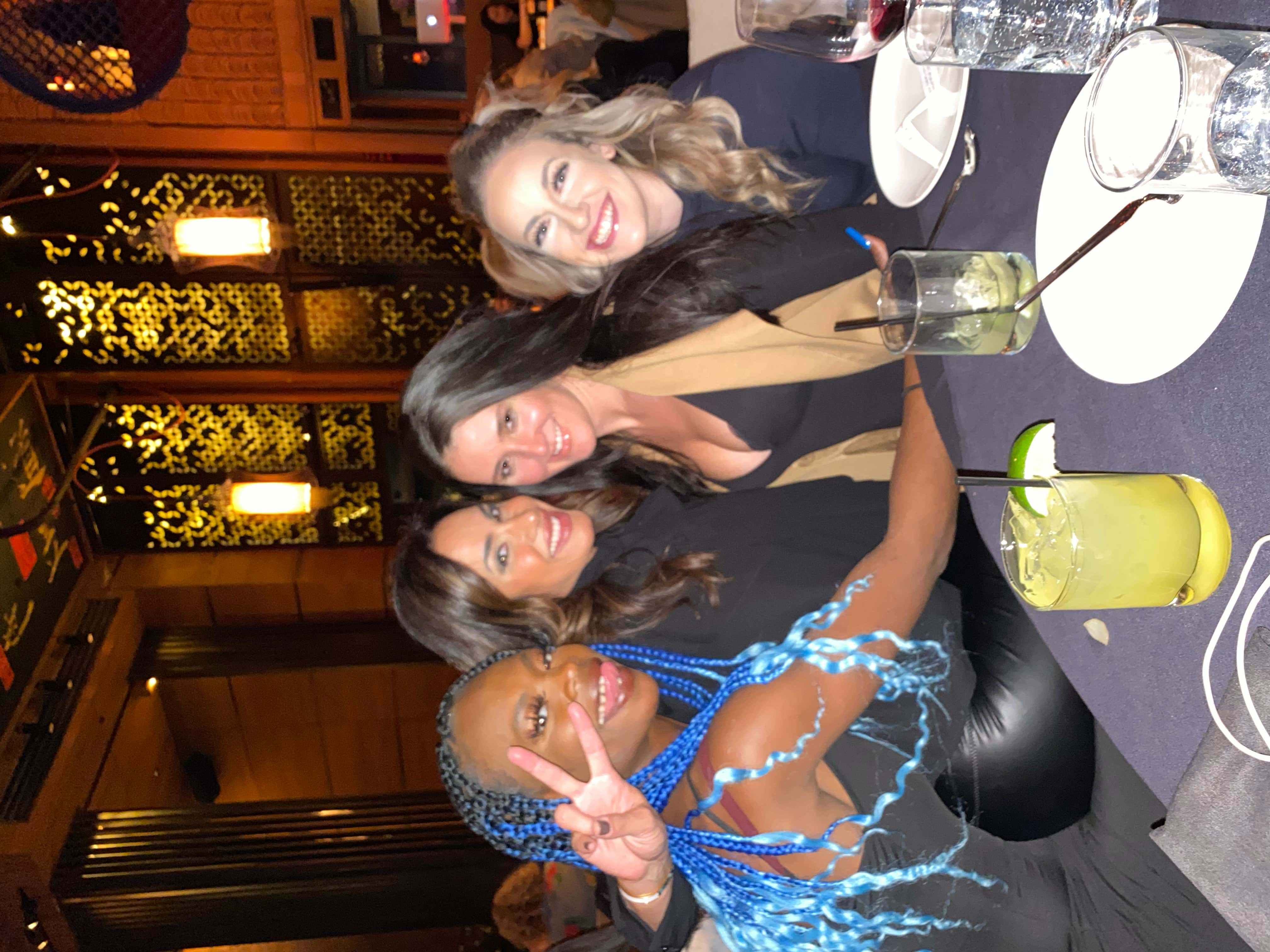 I drank like a fish, and ate like a 300 pound gorilla. I had left my work laptop at HQ, and Sabrina had to go back to HQ to retrieve her car, so I tagged along. When I got back to HQ, I used my ID card to gain access, and laid out on the couch lobby. Spidey The Saint walked by and noticed I was intoxicated. He immediately came by my side and didn't leave. Making sure I was dehydrated and okay. In that moment, I appreciated that so much. As I am barely about to be two months into Barstool and haven't made much friends yet in NYC, I didn't know how much I missed getting drunk and having someone there for me, genuinely. I forgot how it felt. to be cared after. I was so locked in with my new job that I had put out my brain; needing friends, or a companion. But in that moment, Spidey was truly there for me.. and even though it sounds little, it just made me feel loved. Spidey eventually called me a Lyft and I drunkly stumbled in it. I woke up at my apartment, with the biggest smile on my face. I got my keys out and went into my new apartment. I had a backwood rolled, but I was too drunk and jet lagged to smoke it. Days like today help on the lows of tomorrow. I blissfully eased my face onto the pillow.. thinking to myself. "I had the best day. I have the best co workers. I have the best bosses. I have the best job." Just another day at Barstool, but I swear it was one of the best days of my life. Shit, until tomorrow that is. lol. 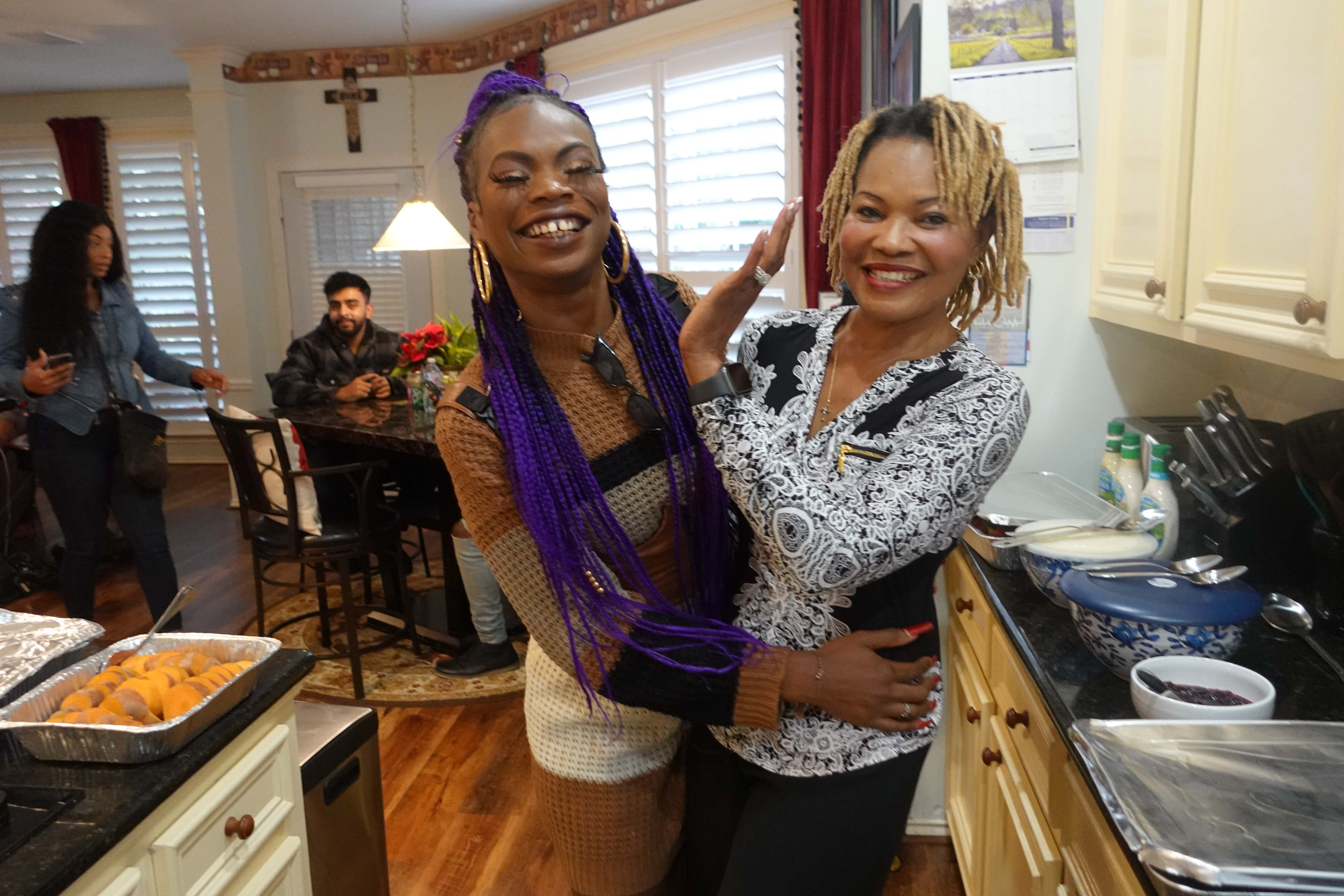 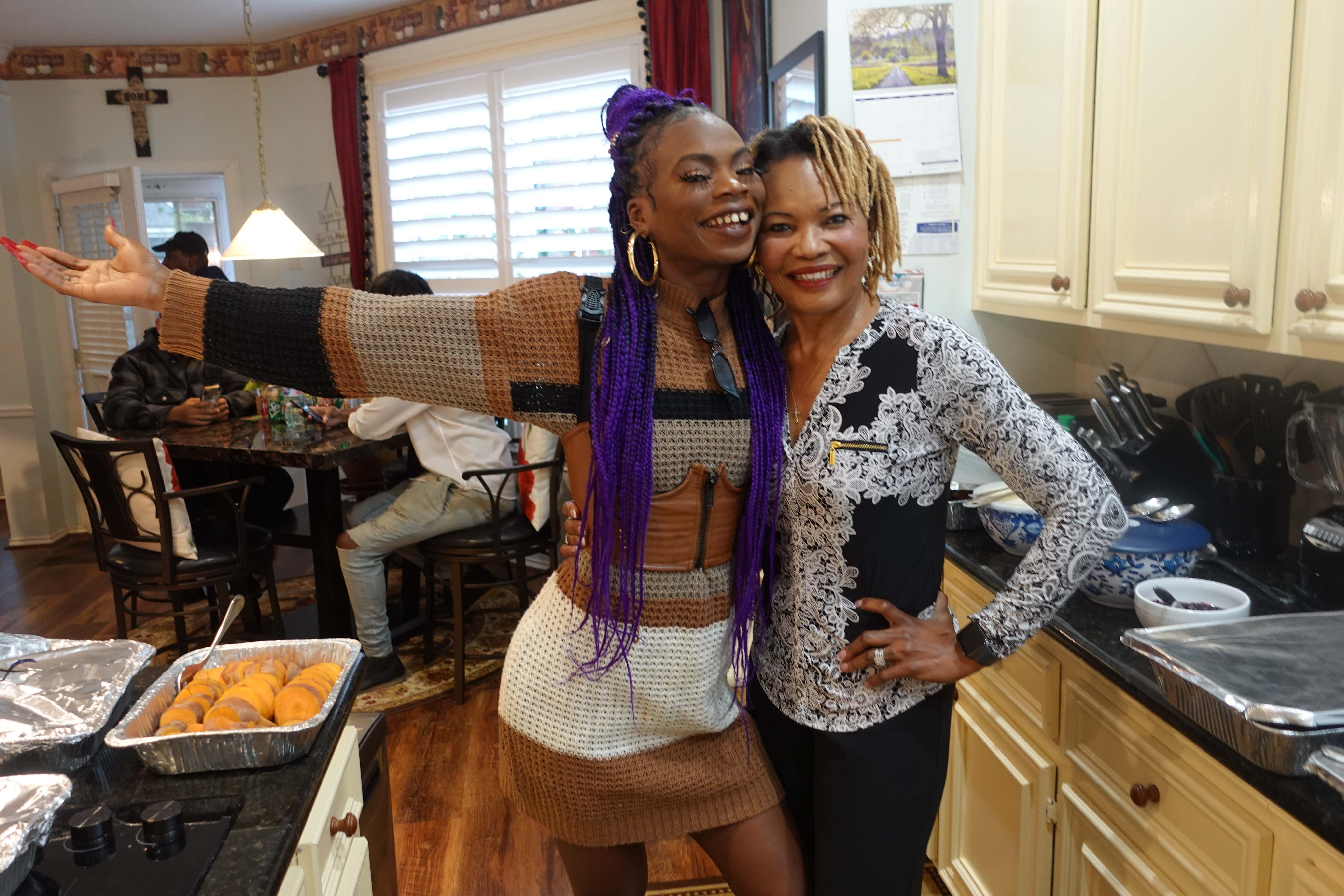 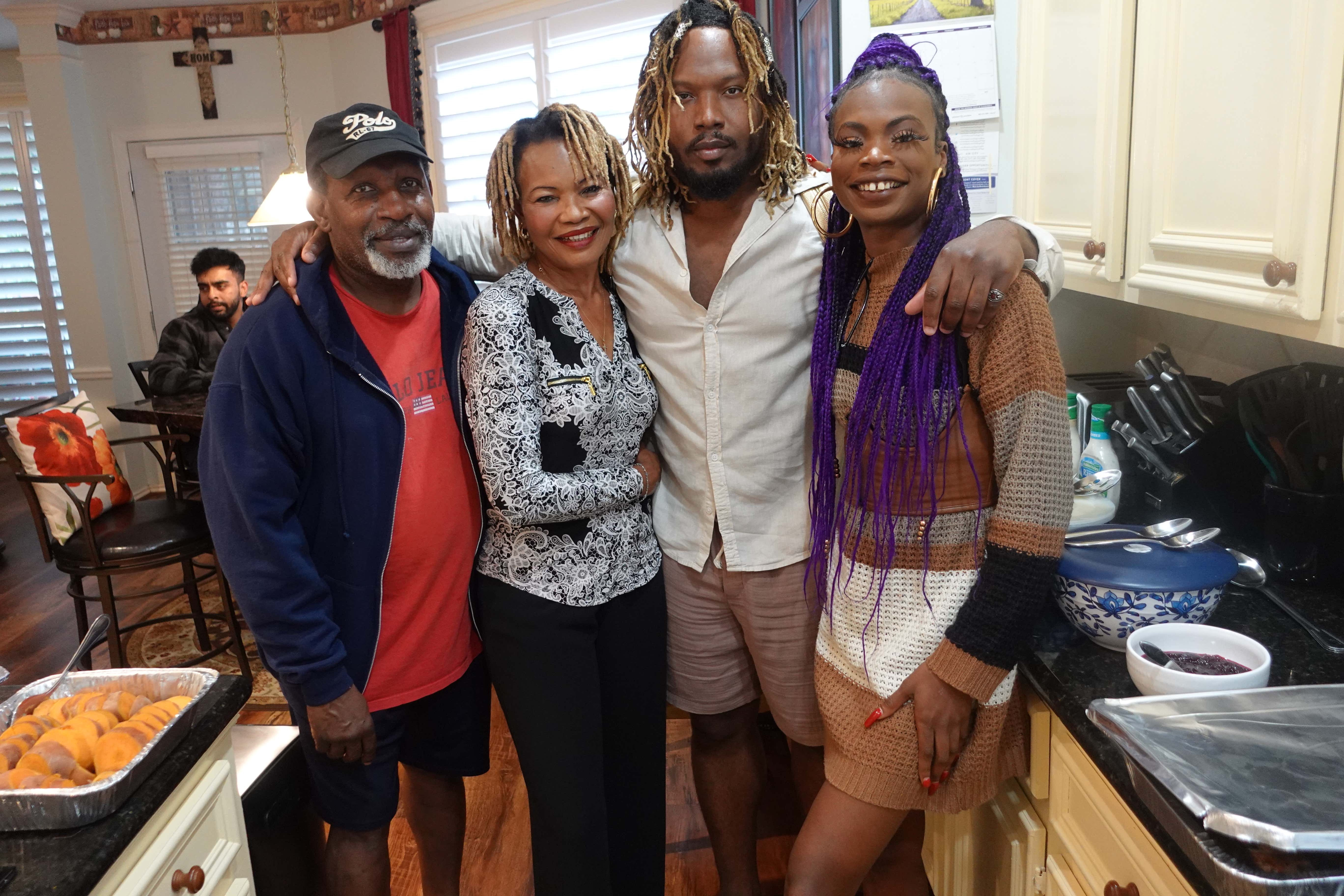 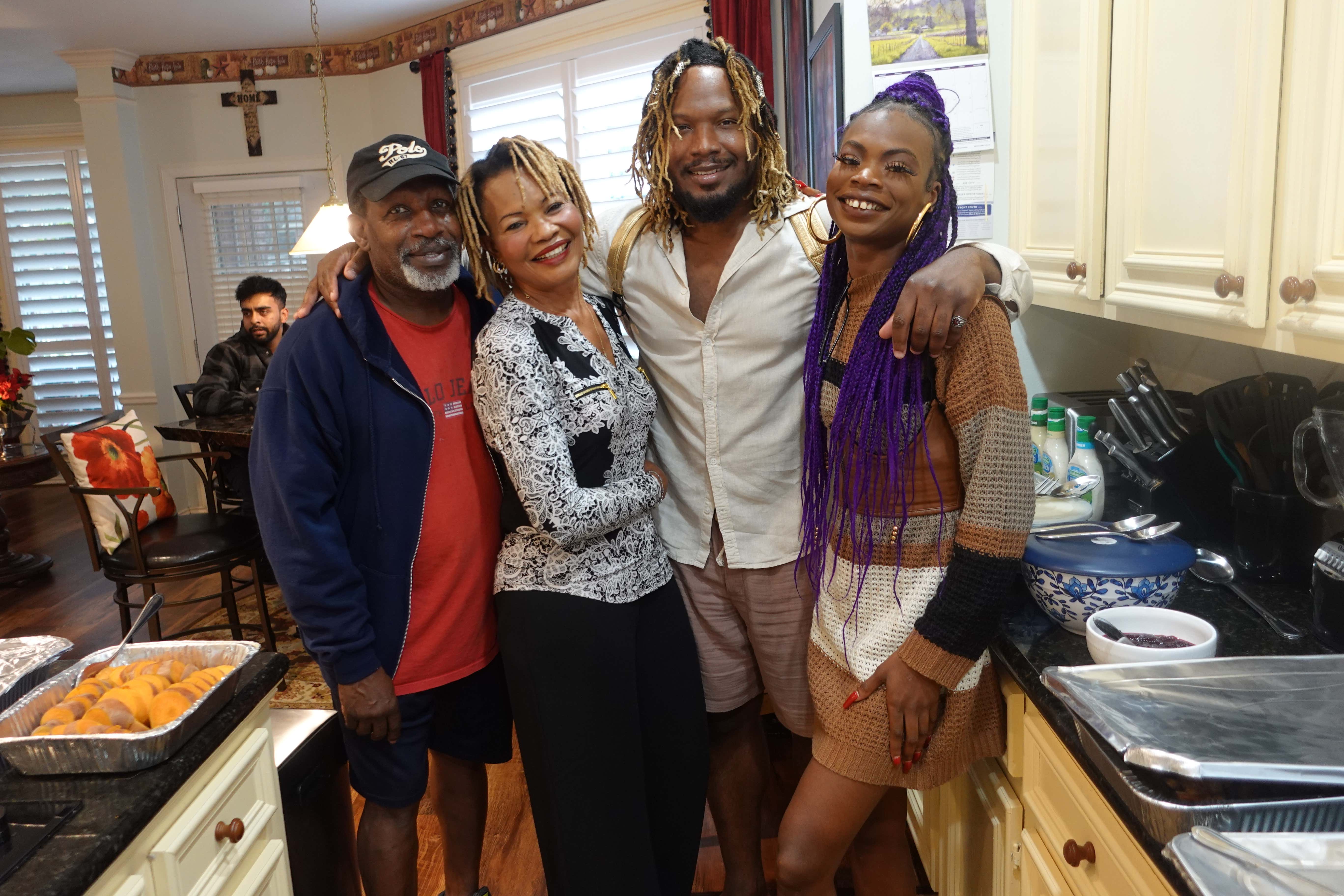 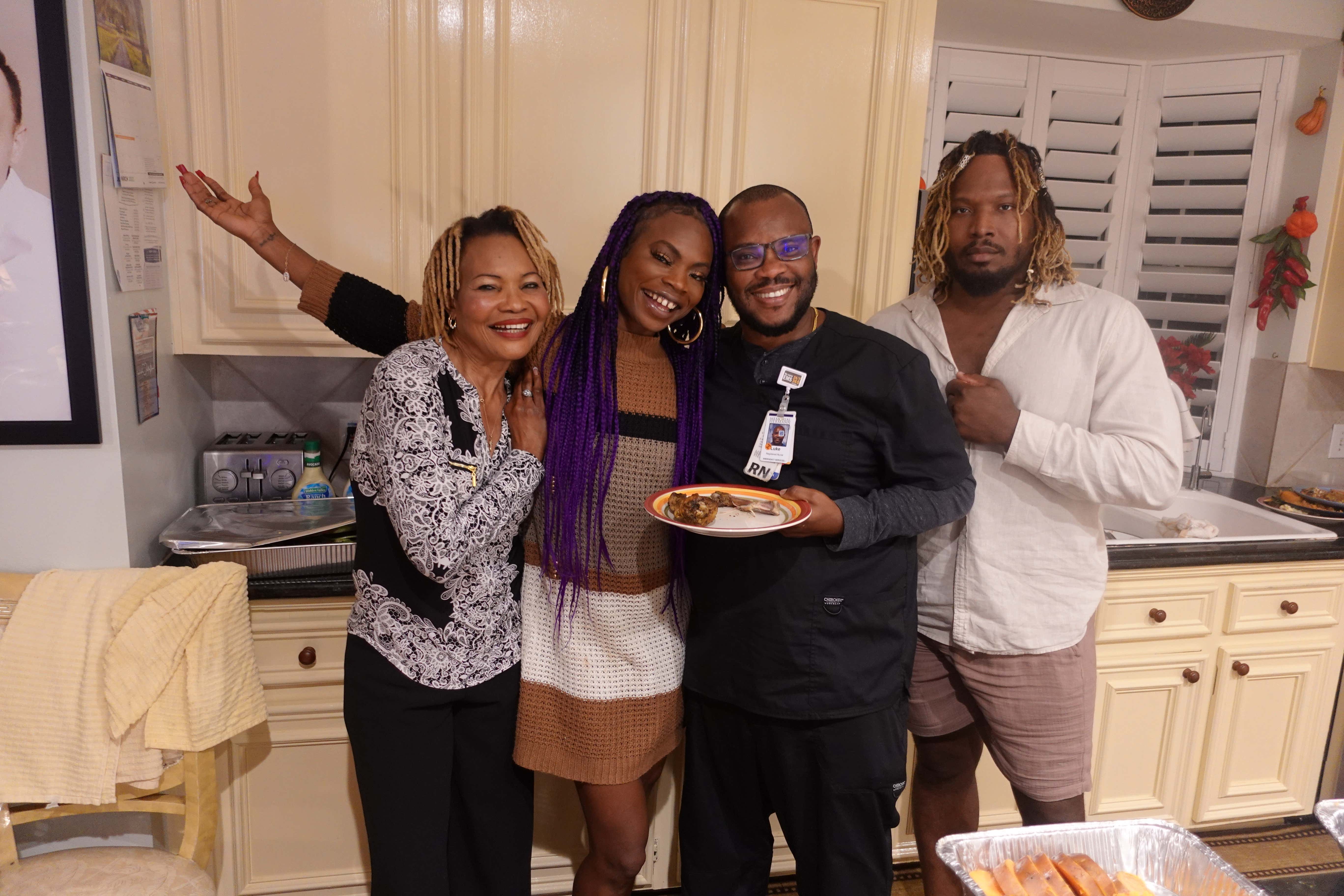 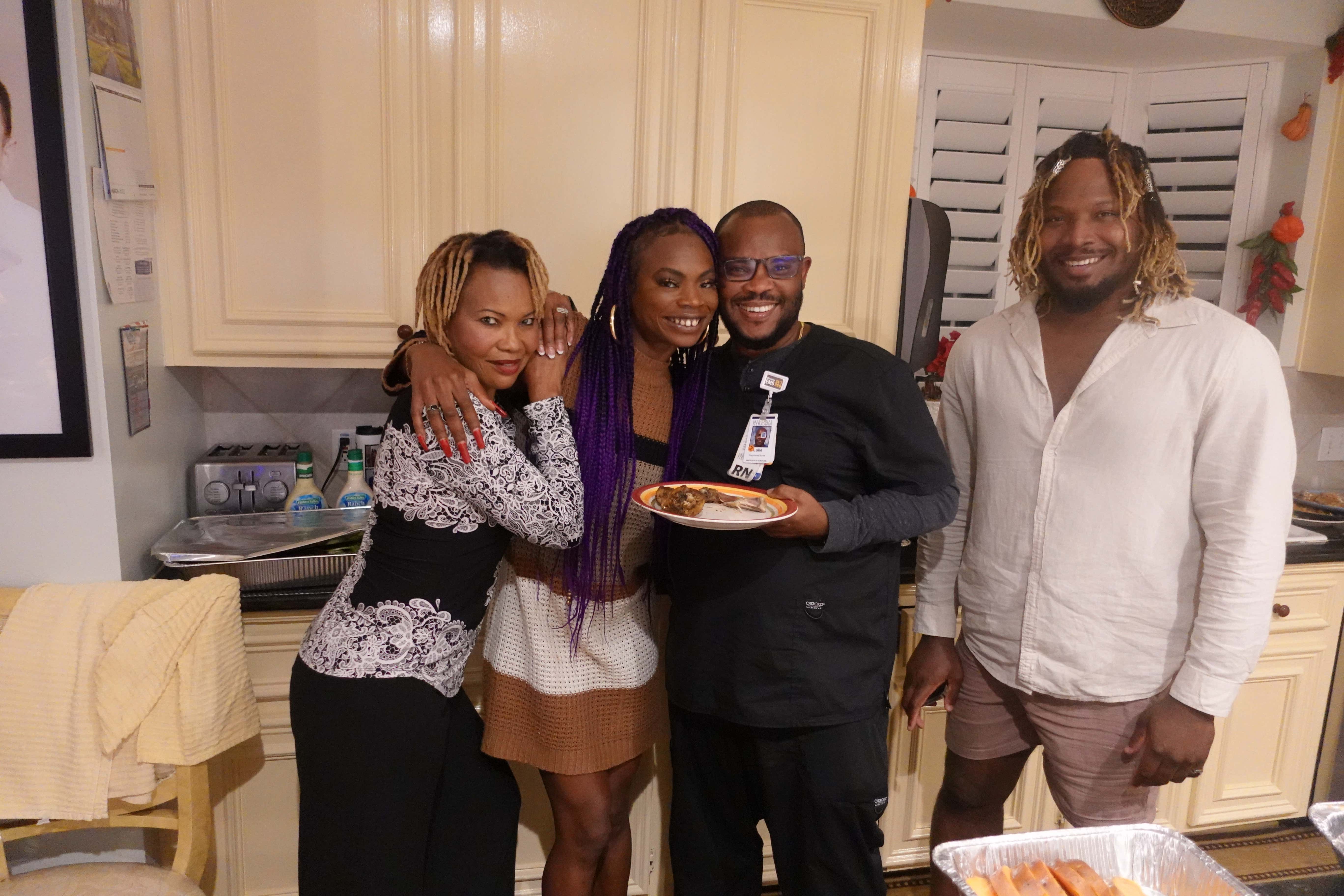 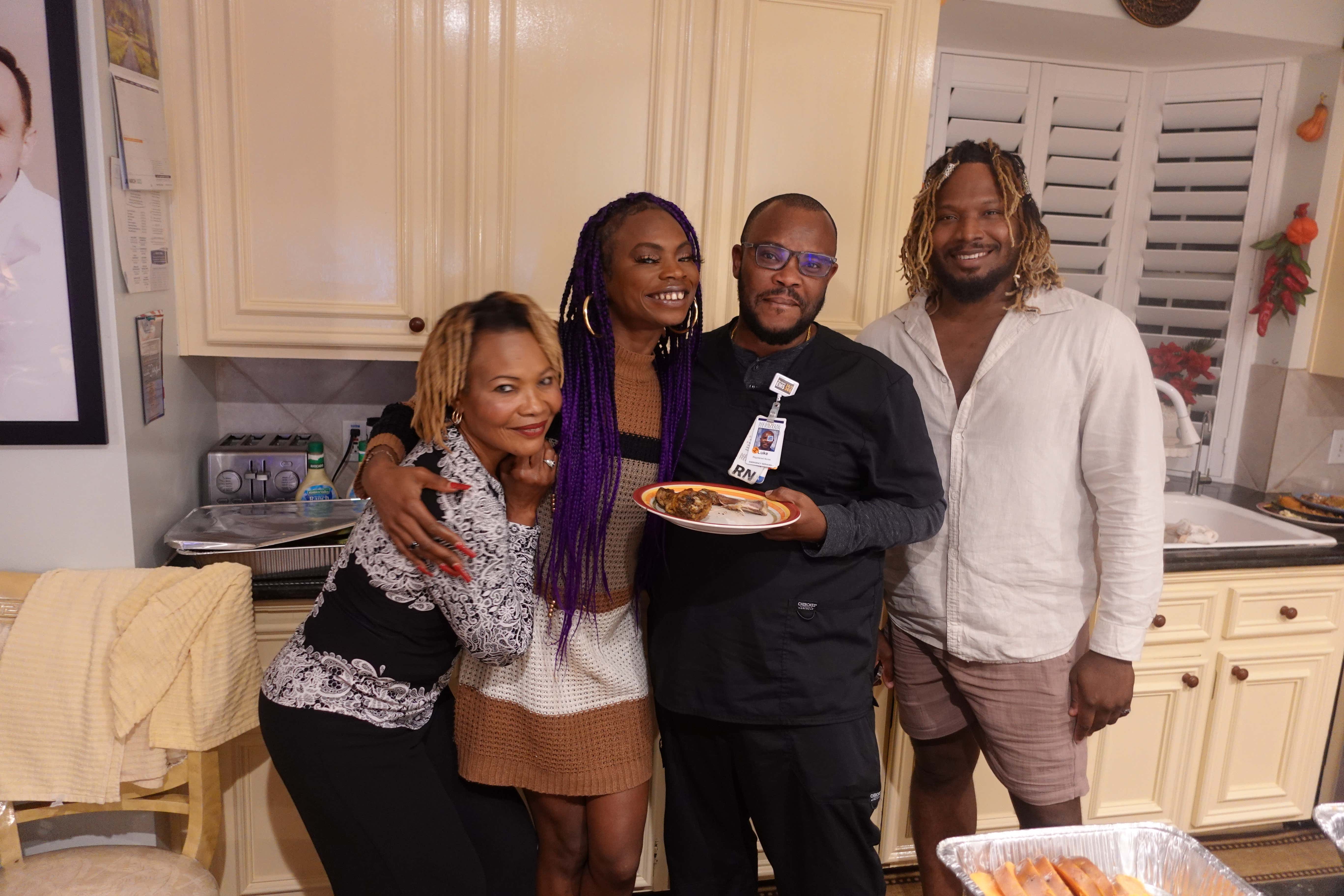 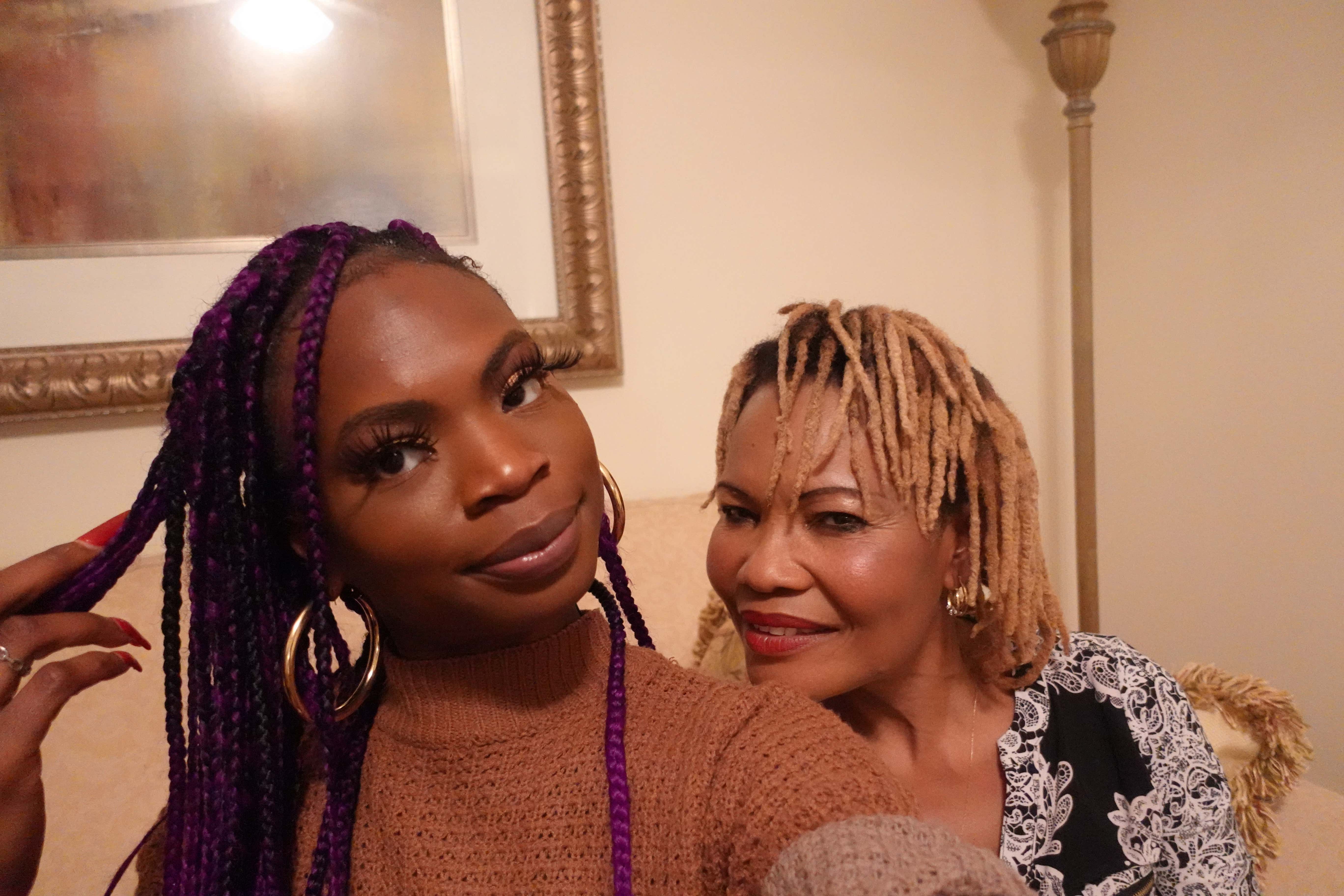 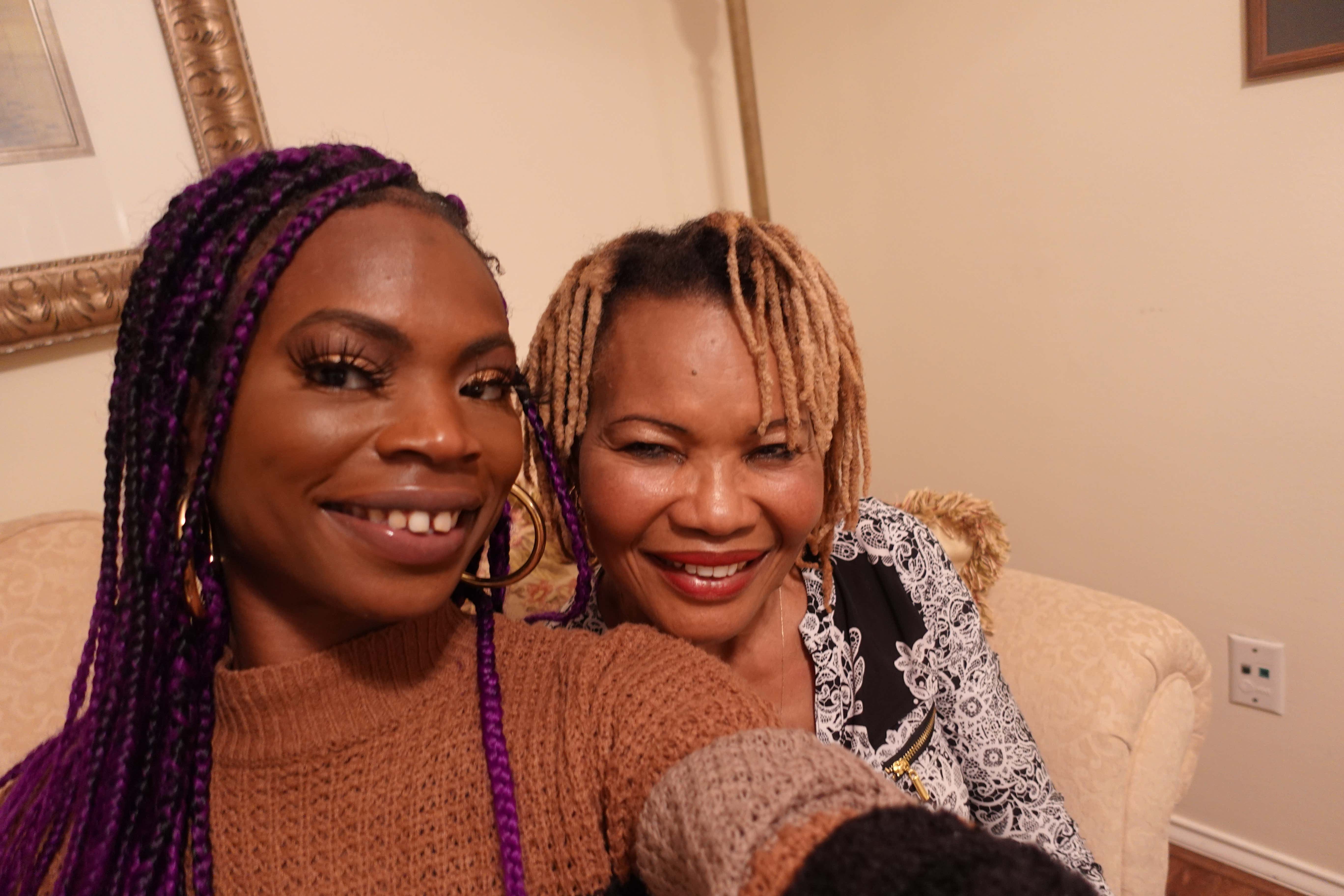 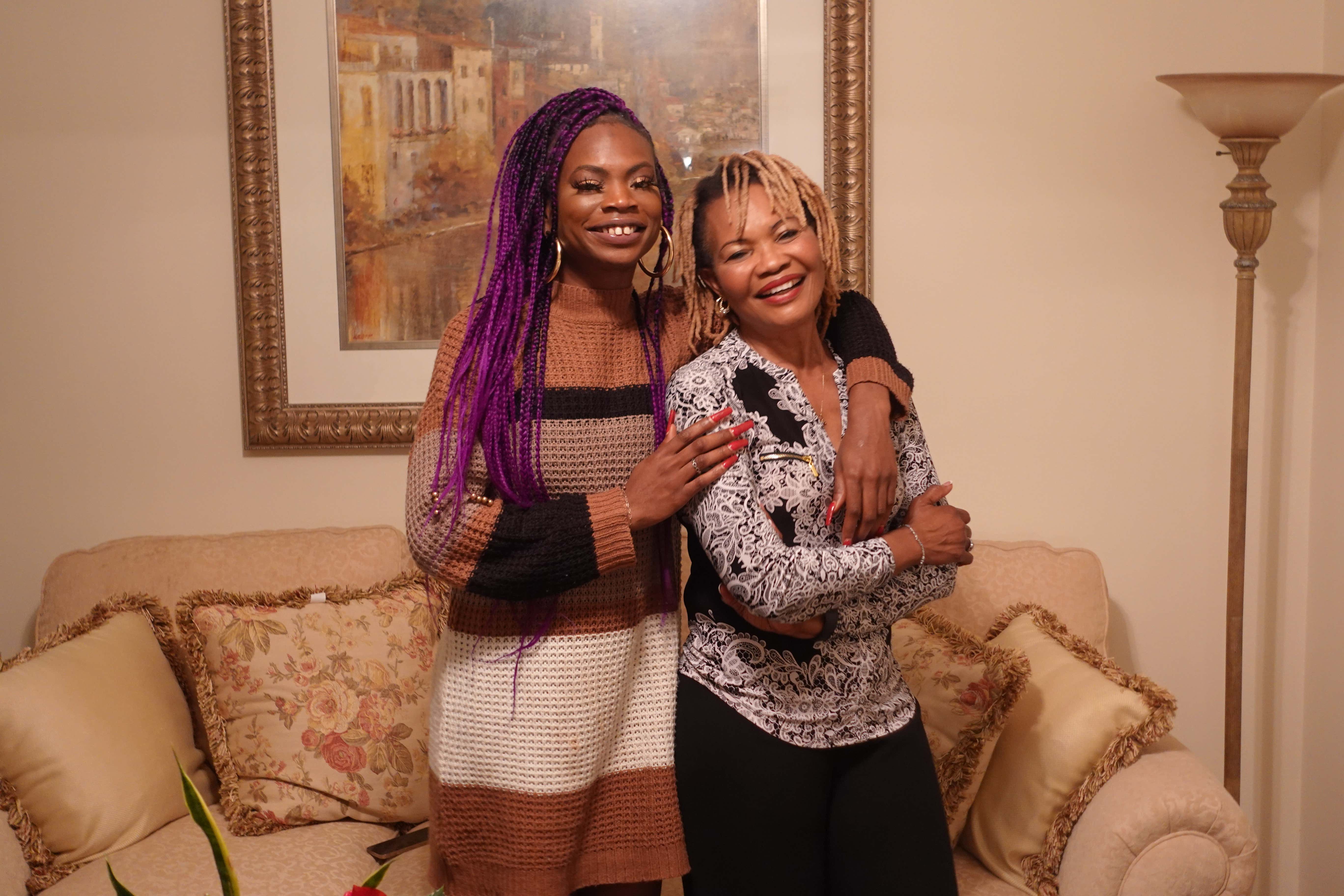