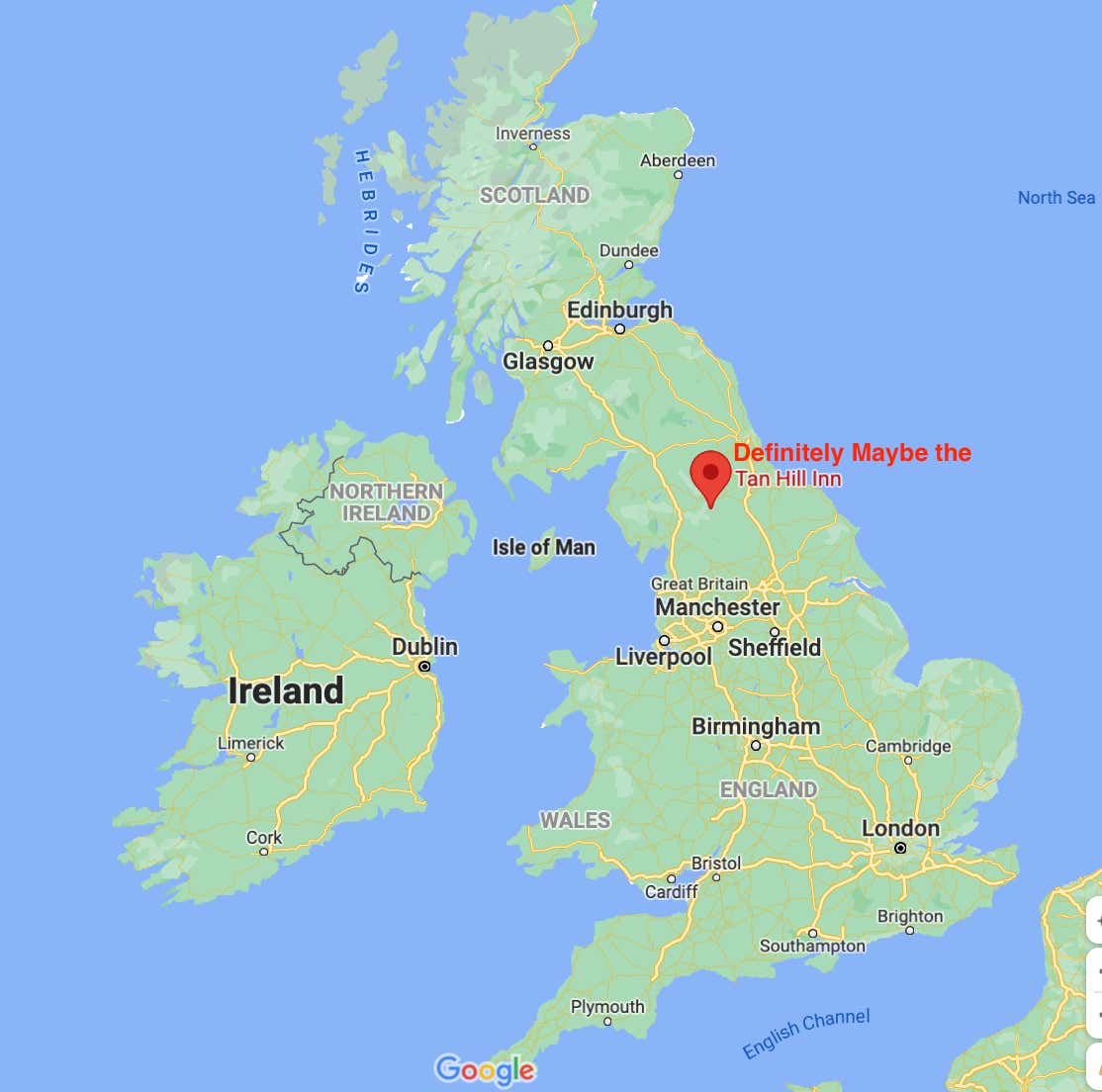 Staff at a pub cut off by snow held a karaoke evening last night as guests were unable to escape for a third night.

On Friday, 61 people became trapped in the Tan Hill Inn in the Yorkshire Dales as a result of heavy snowfall during Storm Arwen, but some claimed they "don't want to leave" after enjoying the 17th-century hotel's hospitality.

Many have been sleeping on makeshift beds and mattresses on the floor, but they have been treated to films on a projector screen, a quiz night and a buffet meal amongst other comforts.

Trapped with a legitimate excuse to be missing work in an extremely cozy English pub in the snowy countryside where everyone is getting along & eating good food and having a grand time… What's the only thing that could make this more enjoyable?

Oasis tribute band Noasis has been providing musical entertainment as the musicians have been stranded since their gig on Friday at the pub - which at 1,732 feet (528m) above sea level is the highest in the UK.

What an absolute DELIGHT. Liam & Noel would NEVER. And please know I considered going the Oasis pun route for this whole blog but every other publication already did that. D' you know what I mean? Aw, come on, don't go away! Anyways, here's wonder..ful vibes for what's (rest of) the story (morning glory):

The pub's general manager, Nicola Townsend, 51, said "It's just been lovely and everyone is in really good spirits… it's a really good atmosphere.

"They've formed quite a friendship… like a big family is the best way I can describe it.

"One lady actually said 'I don't want to leave'."

On Saturday evening, guests thanked the seven members of staff stuck inside with them by presenting them with a jar filled with around £300 in cash.

On Sunday, the pub laid on a traditional lunch before guests and staff work together to decorate the bar for Christmas and prepare for an evening of karaoke.

Ms Townsend, from Leyburn, said she feels many of those stranded - including herself - will stay in touch long after they have been freed.

For anyone wondering, Noasis and most of the others were finally able to leave the pub yesterday. Since being in the news people from all around the world are commenting & requesting the band stop in their town next. Just a wholesome story all around.

This reminded me of when I was a kid & one Christmas we got a pretty heavy snow & all our neighbors who had planned to go elsewhere got stuck, so they all came over and we had a big dinner at our house & all the kids got to play in the snow all evening while the adults boozed it up a bit and it wound up being one of my favorite holiday memories. They're rare, but I love instances like that where it's out of your control so you just enjoy the moment. The next time I encounter an incident like that I won't be mad if it's being stuck in a bar with a cover band (preferably Pup Punk).