Here are some thoughts on these three movies! 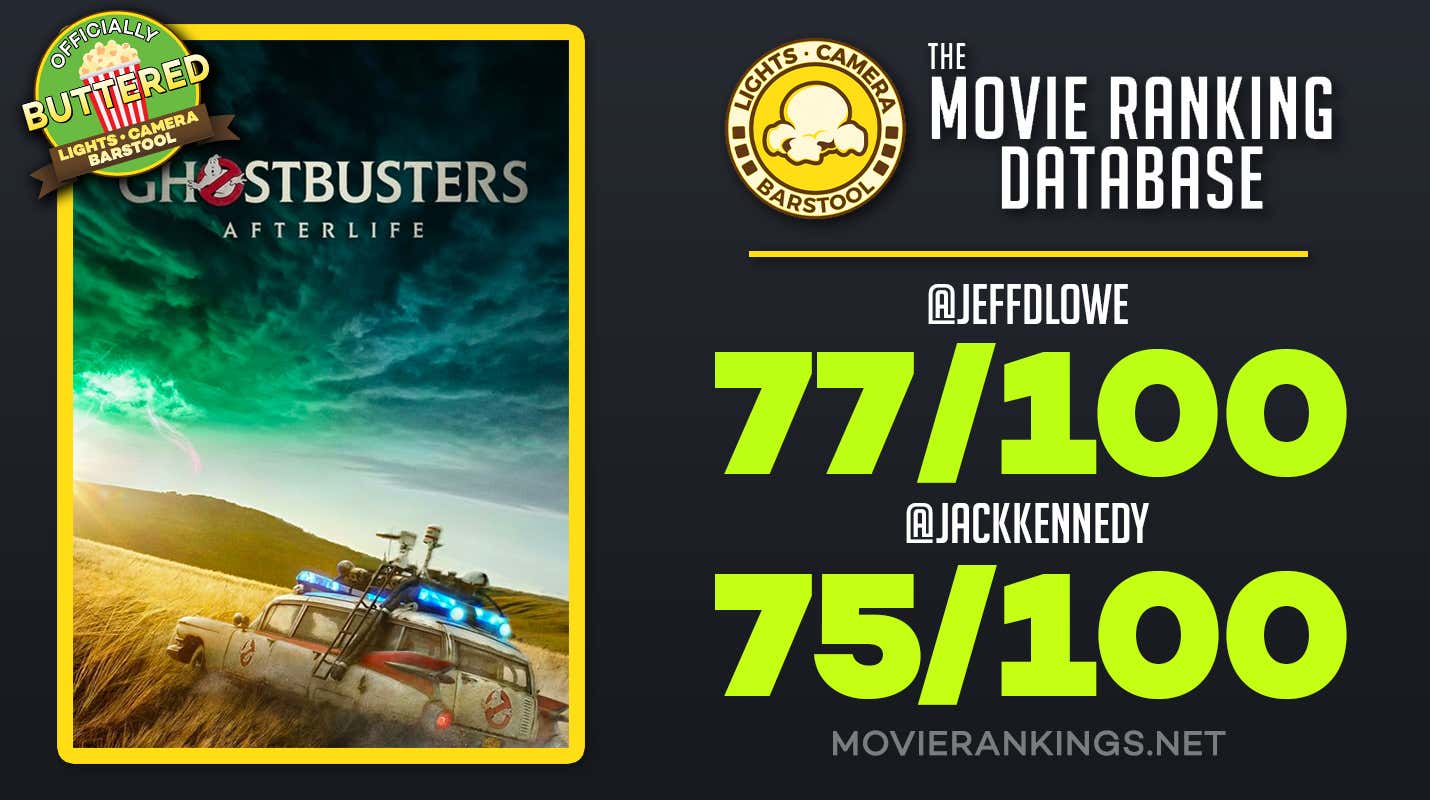 When a single mom and her two kids arrive in a small town, they begin to discover their connection to the original Ghostbusters and the secret legacy their grandfather left behind. (via IMDb)

JeffDLowe (77/100): Does it capture the magic of the original movie? No. The Ghostbusters franchise has evolved into a bit of an odd combination of cynical comedy and full-on action, but the newest release finds a way to deliver a really fun, feel-good, nostalgic time. Lead by Mckenna Grace's pretty incredible performance, 'Ghostbusters: Afterlife' supplies a lot of thrills, heart-warming moments, and a couple of great frights. Nothing will ever live up to the first movie, but in a world where Ghostbusters isn't exactly the same thing we once saw, this movie does more than enough to satisfy fans both young and old. Did they need to return the same villains and plot lines from the first movie? Probably not, and that is where I have my biggest issues with the movie. Following the 'Star Wars: The Force Awakens' formula clearly works, but 'Afterlife' would have benefited from giving their new, exciting characters something different to encounter. A fresher take on the franchise was needed, but I just hope the next time out that they ramp it up another level to give us something we've truly never seen from the franchise. Luckily, this movie is a step in the right direction, and I hope to see much more from Mckenna Grace and company in the future.

KenJac (75/100): There is a place in the cinematic world for movies like this. Ones that don’t try to reinvent the wheel or wow the audience. Movies that have the singular goal of entertaining the soft part of the audience's brain through an easy-to-follow plot and plenty of Nostalgia. That is what this movie is to me. I like the action and the updated effects, and McKenna Grace absolutely crushed her role as the new lead ghostbuster. I definitely fell victim to a bait-and-switch as far as Paul Rudd is concerned because he is not nearly as big a part of this movie as I was lead to believe from the advertising. There are a few questionable choices towards the end of the movie as well but it is otherwise enjoyable and easy to watch. 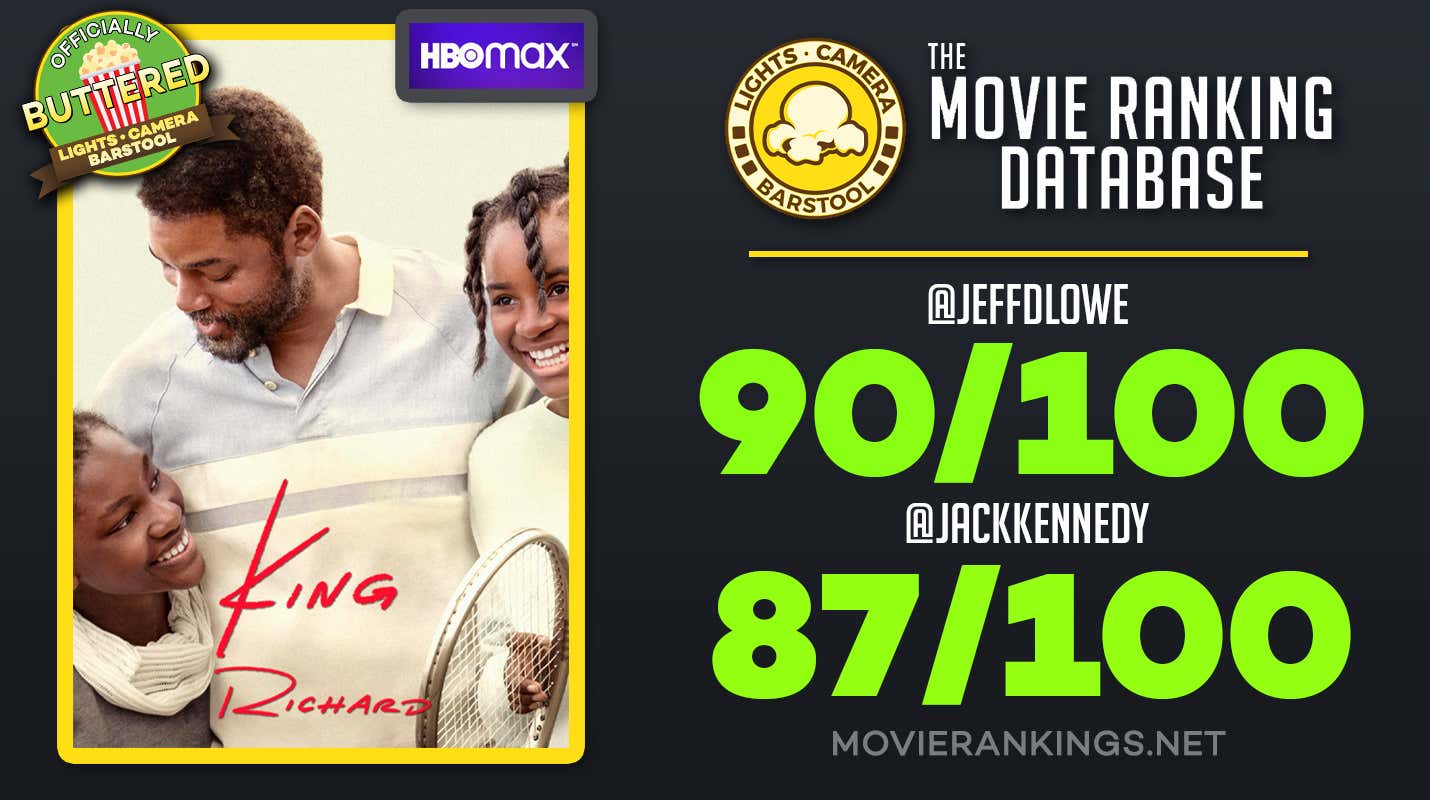 A look at how tennis superstars Venus and Serena Williams became who they are after the coaching from their father Richard Williams. (via IMDb)

JeffDLowe (90/100): It doesn't exactly reinvent the wheel in terms of sports biopics, but 'King Richard' tells an excellent and inspiring story backed by the best performance of Will Smith's career. There is nothing quite like a bad sports movie. When something in the sports genre is bad, it stinks out loud, and the problem is usually an over-commitment to sticking to the formula we've seen for decades. What separates 'King Richard', however, is performances that really prop up the movie and a story that feels incredibly raw and honest. It's always nice to see a sports movie that can inspire, without taking the liberties of over-Hollywood-izing the story in a direction that puts it in the realm of being too hard to believe.

KenJac (87/100): This was a fantastic movie. As someone who is not particularly tuned into Tennis at all, a lot of this was really fresh information to me which may play a factor. But learning about the origins of two of the most dominant athletes of all time was really cool, and the dramatic movie angle of it was awesome. Will Smith does a fantastic job showing both sides of Richard Williams, and this is honestly his best performance in a long time. And lemme tell you that he NEEDED that win badly. Look at his last decade: 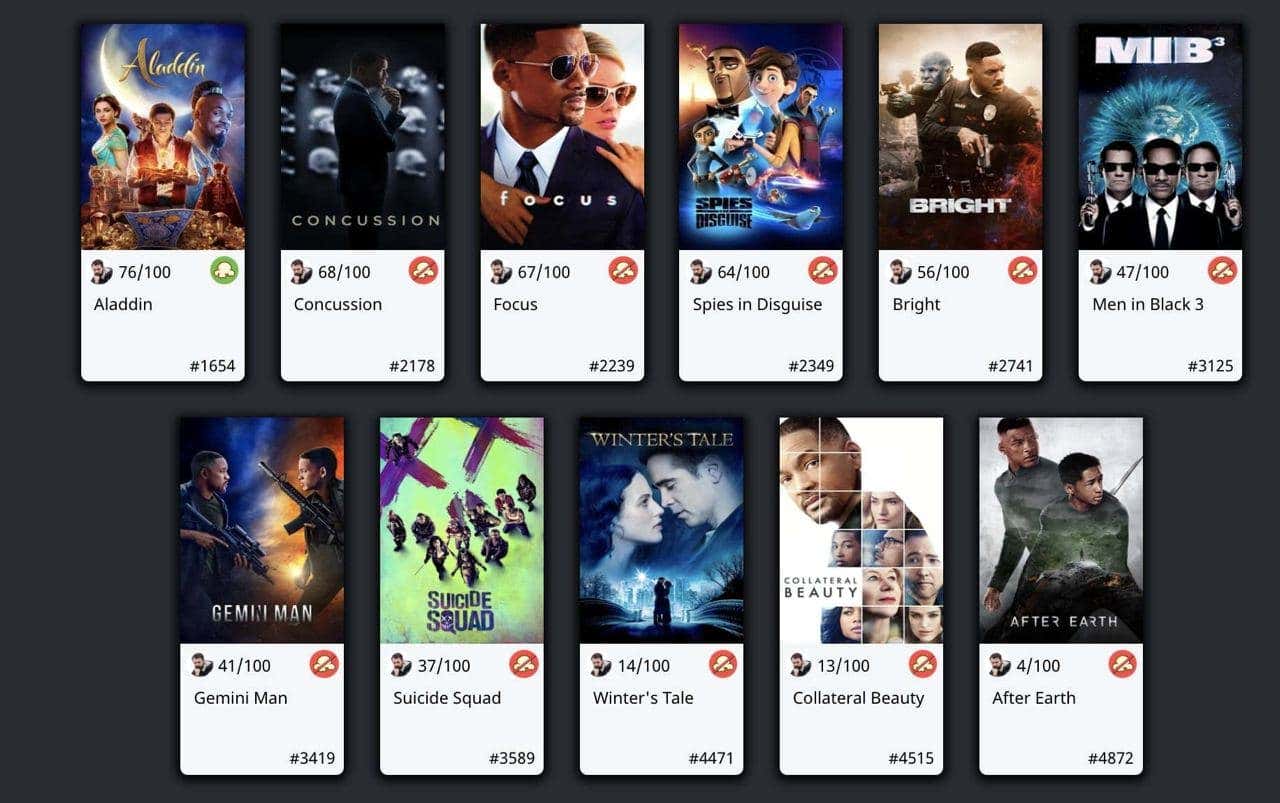 Woof! I do think that this movie should be taken with a grain of salt because there are for sure some creative liberties taken to make both Richard and the Williams family come off as good as possible. I assume that was a prerequisite to having their cooperation with it being made. Regardless, I think it is a fun and dramatic sports movie which fills a growing need in my cinematic heart. 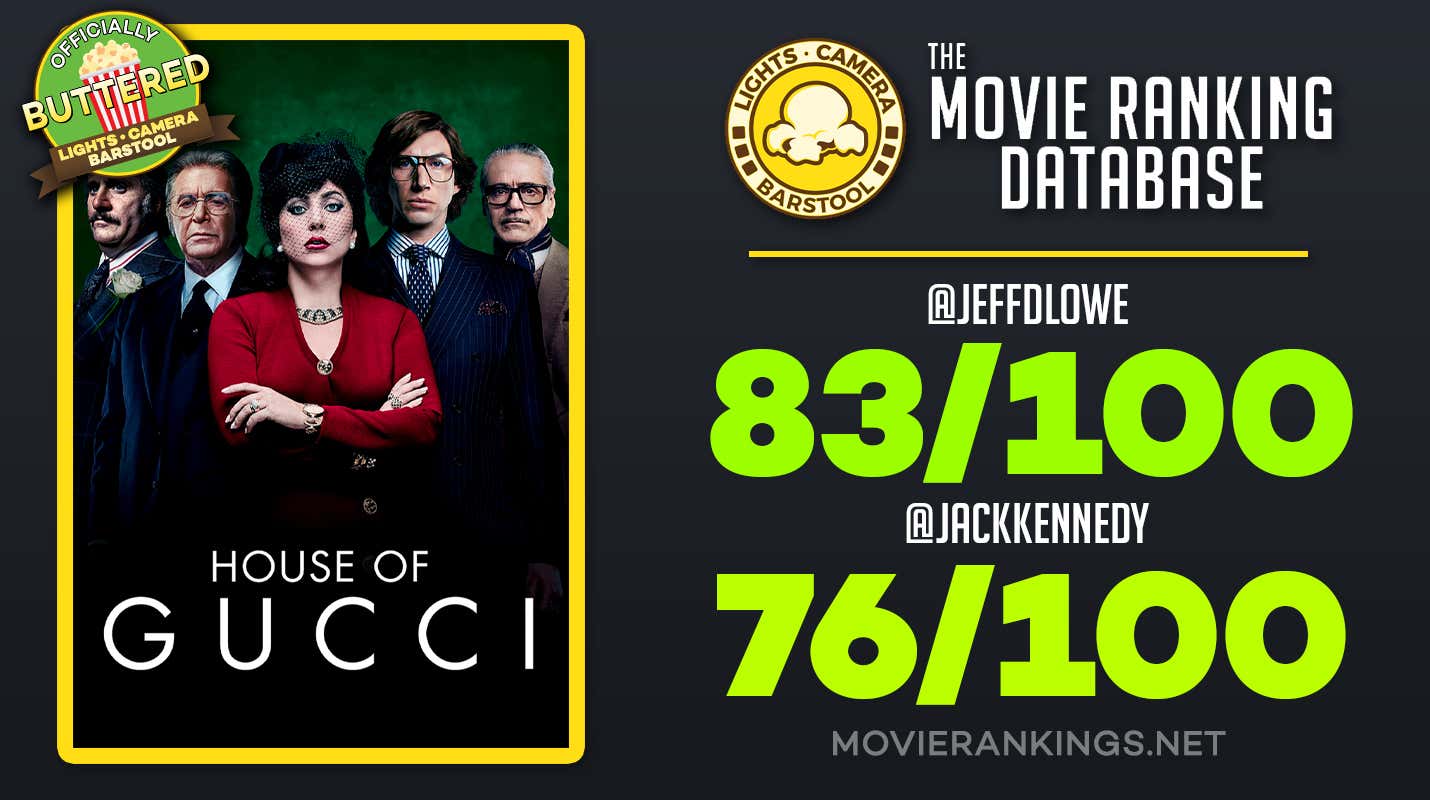 When Patrizia Reggiani, an outsider from humble beginnings, marries into the Gucci family, her unbridled ambition begins to unravel their legacy and triggers a reckless spiral of betrayal, decadence, revenge, and ultimately… murder. (via IMDb)

JeffDLowe (83/100): Overly campy. Complete chaos. Bizarre visual style. Well-acted. A little too long. Intriguing, wild story. There are many ways to describe 'House of Gucci', a movie where being "too much" could be both a good thing or a bad thing, depending on who you ask. Me, personally? I enjoyed it quite a bit, especially the whacky performance from Jared Leto, who I usually don't care for when it comes to over-the-top performances. Everyone else in the movie, from Lady Gaga to Adam Driver, was great in their roles, and the story had me locked in from the jump. My biggest issue? The visual style! What was Ridley Scott thinking!? The color grading is so fucking dull and drab, that it contrasts with the campiness of the movie so damn much. It's a movie about the Gucci family, fashion, Italy, style, yet, for some odd reason, the movie is as dry as a piece of stale toast. I will stand by the fact that had this movie popped visually a little more, you'd see droves of people enjoying this movie, as opposed to it being a tad divisive.

KenJac (76/100): We talked about this movie a lot on the pod, and I think it did a few things right. It is a way sexier subject matter than Ridley Scott’s last movie ‘The Last Duel’, it does a solid job at building drama and features KILLER performances from Gaga and Driver. I have two basic issues with it that derail its enjoyability. The first is that it is a visually dull movie considering the location, time period, and subject matter. It’s like they desaturated 75% of the colors in the post. The second issue is that there is not a very cohesive direction for all the actors. Some actors do extremely hammy camp acting, others are doing very serious acting. It’s like not everyone knew exactly what kind of movie they were doing. It is an interesting watch without a doubt, but it left me pissed off at what could have been.

--
All three of these movies are Officially Buttered, and you should see them in theaters, if you can! You can head to Lights Camera Barstool right here to listen to our latest episode where we will discuss it on our new episode.