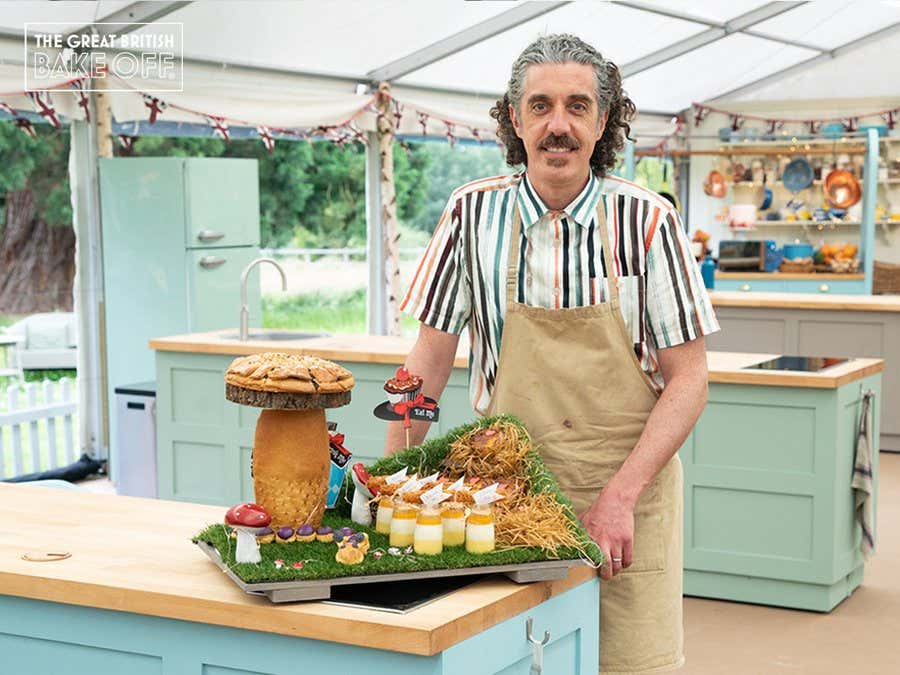 Right from the start you knew that season 9 of the Great British Baking Show was going to be a total gauntlet. Usually you'll have 2 or 3 bakers who you can see winning the whole thing right off the bat. But this season had half a tent full of killers. Obviously Giuseppe and Jurgen were in a class of their own. But Crystelle was a killer, Chigs was a killer, Freya was a killer, and even though Lizzie couldn't decorate for shit she was also a killer. It was pretty much like a champions league of Great British Bake Off.

But from the very first signature challenge mini rolls, you knew it was either going to be Jurgen or Giuseppe. Those two maniacs were like Magic vs Bird. Peyton vs Brady. Palmer vs Nicklaus. Federer vs Nadal. Just pick any two greats whose careers overlapped one another and that's what we were witnessing in the tent this season. Two of the all-time best to ever do it going head-to-head week after week after week. Hell, I'm pretty sure it took 5 or 6 weeks before anybody besides Jurgen or Giuseppe won Star Baker.

So when Jurgen ended up going out in the semifinal, you had to be at least a little worried for the Zep Man. Because not to take anything away from Chigs and Crystelle, but that almost made the final like a trap game for Giuseppe. His main rival and biggest threat was out of the game. It's tough to keep that kill switch flipped after winning a massive rivalry game like that.

He didn't have enough time for his carrot cake to cool down so he had to ice it when it was still hot. Then for some godforsaken reason he left his Belgian Buns in the oven for like 5 minutes too long and served up some hockey pucks in the technical. Then we got to the showstopper and the oven turned off on him.

All signs were pointing towards Giuseppe falling for the trap. Crystelle fans far and wide were already planning their championship parades. Chigs fans all across the land were already printing the championship t-shirts. But then something happened. A magical moment. One which will be the opening scene for when they inevitably make the 30-for-30 episode on Giuseppe's dominance. Mr. Spatula.

I have to imagine that Crystelle and Chigs will be having nightmares for years to come about not kissing Mr. Spatula. It would have been so easy to just guarantee themselves a victory then and there. But I guess it's like when NHL players go back and forth on whether or not to touch the Prince of Wales Trophy or the Clarence S. Campbell Bowl. Some say you're not supposed to touch them, others simply don't give a damn. Crystelle and Chigs didn't want to give a little smooch to Mr Spatula, but Giuseppe didn't give a damn. What happened next?

And just like that, Giuseppe was GOATed. Any time you bring up the debate of the greats, his name has to start and end the conversation. Again, you knew from episode 1 it would either be Giuseppe or Jurgen. And in the end, it don't mean a thing unless you got that ring. Or in this case, a cake stand.

What a run for the Italian Stallion. What a season. Would love to see an actual champions league for GBBO soon. I'll take Giuseppe in 6 over Rahul.