This is ridiculous to say the least. The tweet above was last night at 5:37pm EST and my screenshot from this morning (shown below and in the thumbnail) is at 12:08pm EST. So ipso facto, Mr. Beast's Squid Game gained 9 Million views in another 19 hours. 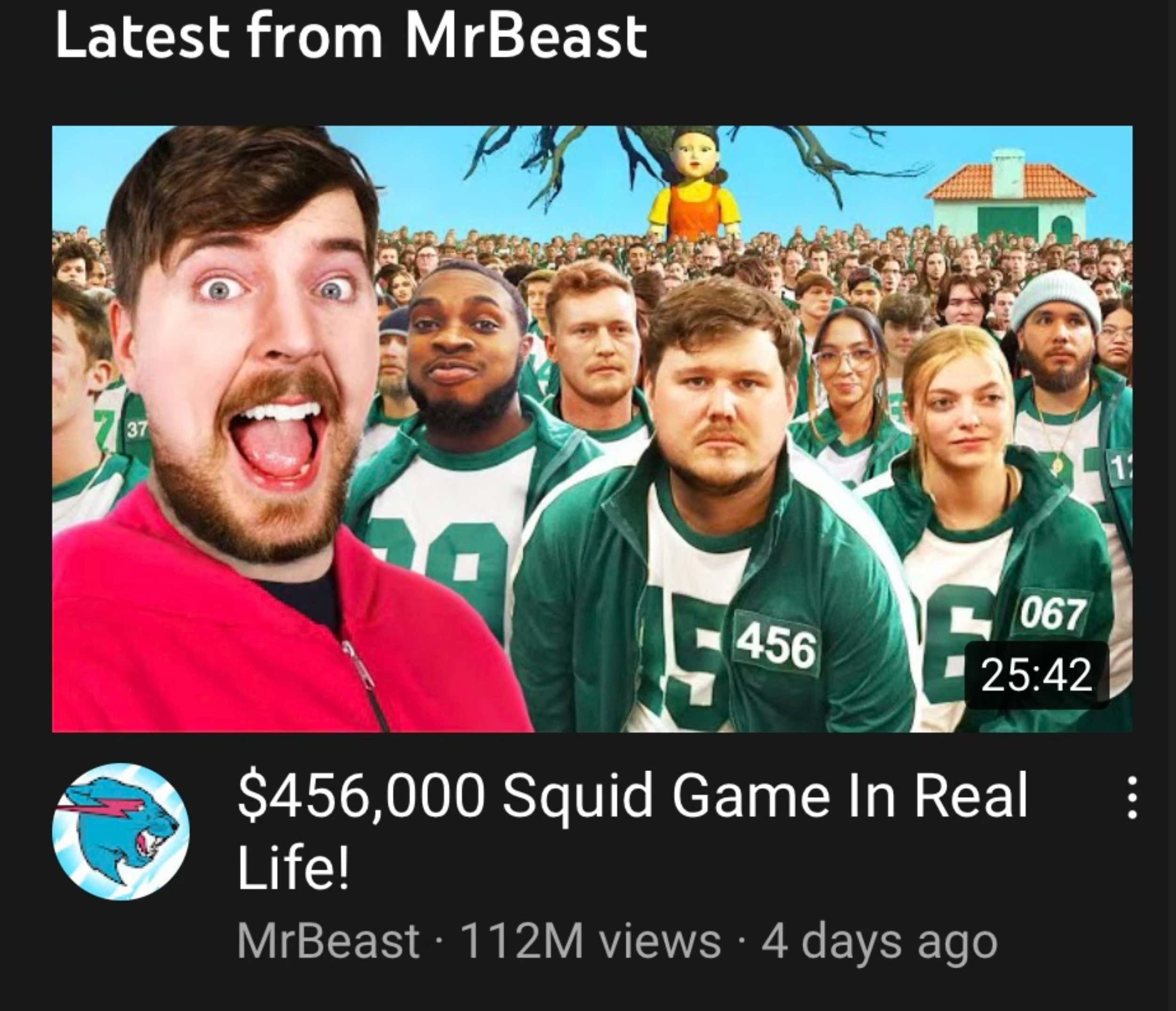 On October 12th, Netflix publicly released that Squid Game hit 111 Million views, making it the most viewed show in Netflix history. Netflix isn't nearly as transparent with total views as YouTube is, but the last data reveal showed the Netflix Squid Game had 142 Million views.

So my biggest question - will Mr Beast's video pass the actual Squid Game show!? And if so, when??

My bets on Yes and it'll be before mid-way through December. Hopefully soon we get an updated number on Netflix's end so that nerds like me can keep track.

Obviously there are some major differences between the two. First, what is even considered a "view" on Netflix? Do you have to watch a certain amount of the first episode or is it just for every single unique click on the show?

Mr. Beast's version is much more digestible being only a hair above 25 minutes, while the Netflix show is much more in-depth, running about 9 hours of total view time. So, I don't necessarily agree with Jon's take - views are not the ONLY metric to be used when factoring in the success of a piece of media.

Regardless, Mr Beast absolutely crushed this video and made it into something special.

Oh absolutely. You make a great point @AkilahObviously. My take is more that the speed at which @MrBeast produced such a popular video (even if was built on an existing concept) is much more possible in the "creator economy" than "Hollywood"