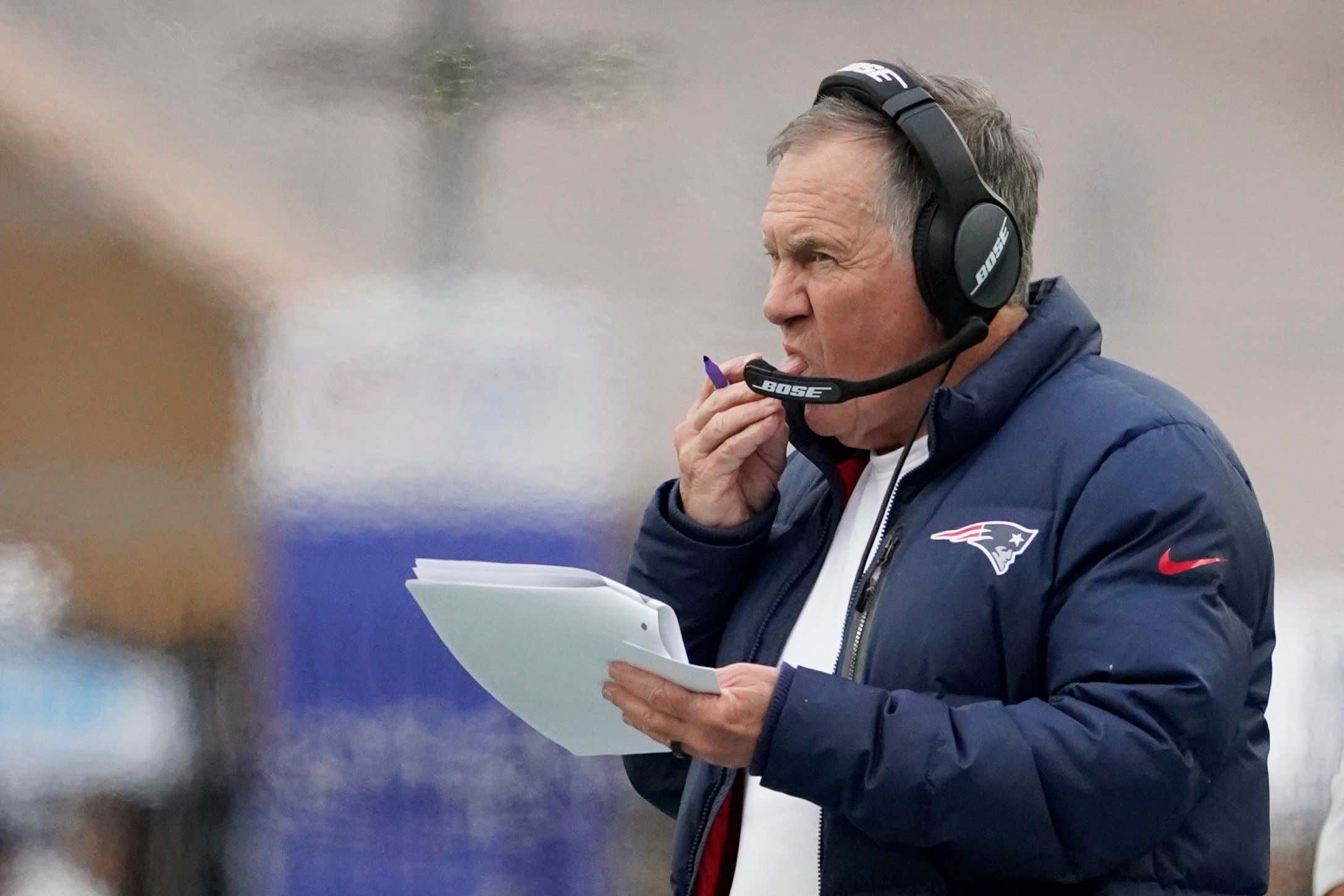 What a difference a year makes. Last November 29th, Bill Belichick's Patriots were chalking up and impressive win over Arizona. And an improbable one, given they had just 179 yards of total offense and Cam Newton posted a line of 9/18, 84 yards, 0 TD, 2 INTs, 23.6 passer rating. The win "improved" his team's record to 5-6. But no one was celebrating or giving him much credit, since a four game losing streak earlier in the season (and going 0-for-October) pretty ended any reasonable playoff hope before it began. And a three-game losing streak was on the horizon on the way to 7-9 and by far his franchise's worst season in 20 years.

In fact, it was very much the opposite. Belichick was being exposed, they said. This was proof he was never a great coach, they said. It was always about having the best quarterback of all times hiding your flaws, they said. He was being slandered. Libeled. Called words you never heard in the Bible. The haters threw the word they'd always flung at him like ninja stars: Arrogant.

He was in this situation of his own making because he was too arrogant to give Tom Brady whatever he wanted. And his ego was such he let the GOAT walk out the door in order to prove he was the reason for all that success. And the people who resent his existence the most did the worst thing they could do in their tiny, petty, vindictive minds.

Treated him as if he was just a bystander as all those banners in whose shadows he toils every day were earned. They mocked his judgment, his system, his coaching and his GMery. They had the upper hand for the first time in two decades and they did not squander the opportunity to make the most of it.

But there's a great diatribe in "Henry V" when King Henry is mocked by the Dauphin of France.  He tells the French Prince's messenger:

Tell you the Dauphin I am coming on,

To venge me as I may and to put forth

My rightful hand in a well-hallowed cause.

So get you hence in peace. And tell the Dauphin

His jest will savor but of shallow wit

When thousands weep more than did laugh at it.

And then he declares war. As King Bill I did, as soon as the accursed 2020 season ended. Then escalated it before the free agency period opened. And for weeks afterward. Then during the draft. And OTAs. And training camp. And preseason. Through the Week 4 GOATerdammerung game. All the way up to 8-4, a six game winning streak during which they've outscored opponent's 211 to 63, an average of 35.1 to 10.5.

He's rebuilt this team from the ground up, in the blink of an eye in football terms. He's built them according to his own design. A team of smart, versatile, driven, hard-working difference makers, many of whom came to New England because they want to play for this man. And signed here long before they knew he'd be drafting the best rookie quarterback in the land. And not one of them is walking around with a puss on their face because they're tired of how their partner in the massage business isn't being given the run of the place.

And now, barely 3/4 of the way through the first year of this Dynastic reboot, the same people who jested with their shallow wits are, in fact, weeping. And it's magnificent to behold.

This was Rex Ryan before the man who's rings he famously refused to kiss beat the No. 1 team in the AFC by 23 points:

And here in this unembeddable clip, is former Giants, Steelers and R-words DB Ryan Clark, who actually had his Come-to-Belichick moment a month ago, saying very much the same thing. To which Shrex reiterates his opinion this is his best coaching job ever, and points out he's had the No. 1 defense in the league five times, and the No. 2 D another five times. Before Clark talks about Mac Jones' future MVP traits. Their words, not mine.

And here was one of television's most insufferable Patriots haters after the game:

Starting with you, Nick.

Followed by Max Kellerman, who is now having to debate whether Jones can win the Super Bowl as a rookie and who has a better shot to win this year, Belichick or his cliff-hanging former quarterback Max said was finished about five years ago.

And how about Shannon Sharpe - Patriots hater emeritus and future bust in the New England Troll Hall of Fame - calling them the best team in the AFC, and giving them a better chance to make it to the Super Bowl. While Skip Bayless compares Jones to Brady, who is his deity. After taking a flamethrower to Belichick last year for losing him:

This is just a small sample. A few crystals on top of the iceberg. I could spend all day digging up others. And given the fact these videos are my version of watching a Hallmark Christmas Movie where I get all emotionally involved and then weep happy tears in the end, I probably will do just that. But I think my point is made.

These words must be poison in the mouth of anyone who is forced to utter them. They thought they had seen the last of the man who has haunted their every waking step for two decades and it turns out he barely took a half step backward last year. He merely regrouped. And not only put together the consensus hottest team in the league, he's got them positioned to compete for the next 20 years.

Nick Wright says people will need to "revisit" their takes from last year? Fine. But they can start by apologizing to Belichick and those of us who never lost faith. I'll graciously accept on his behalf.