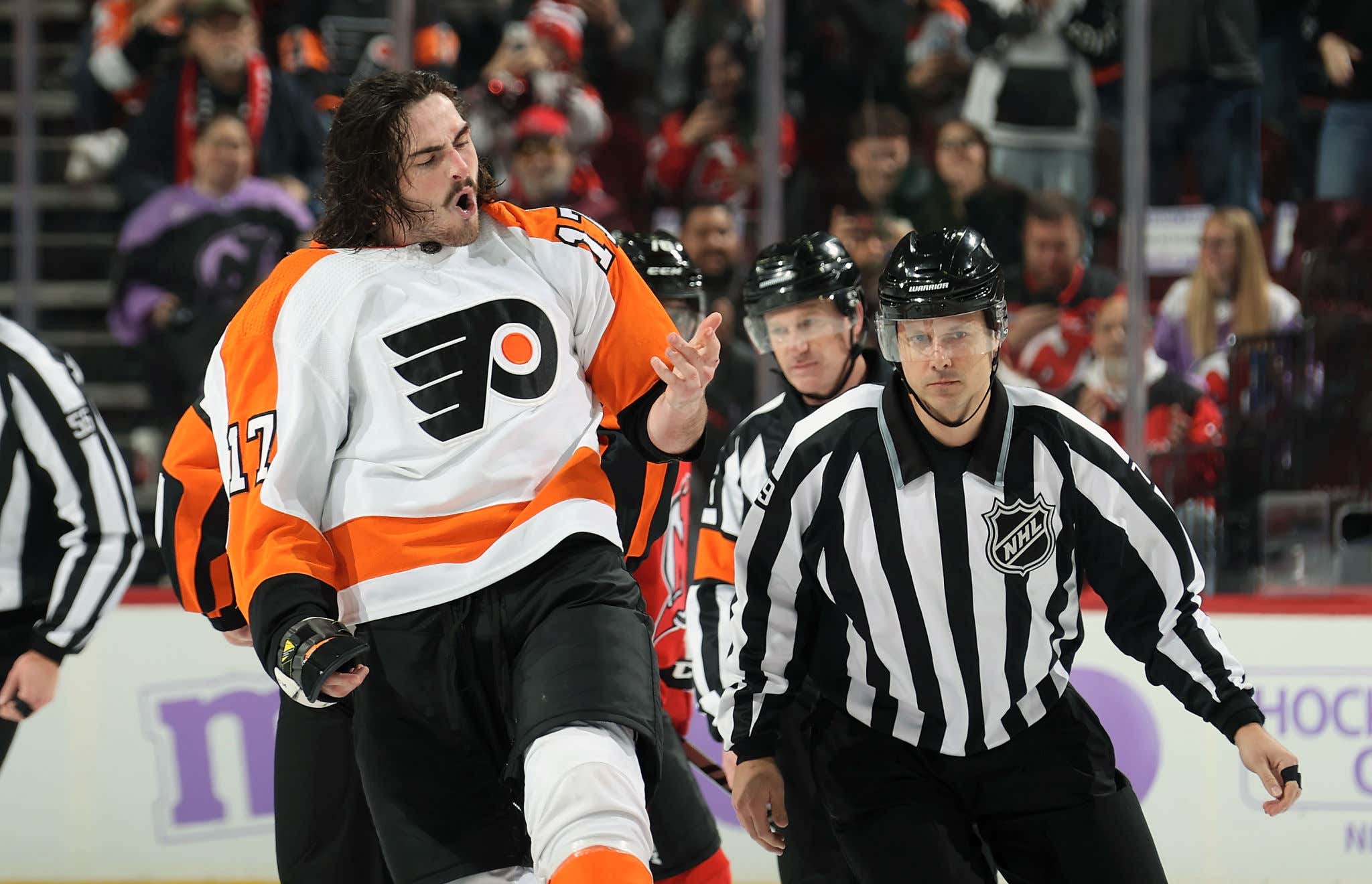 The Flyers are playing some of the worst hockey imaginable right now. They've played some truly horrific hockey for stretches at a time over the years. Just think back to March of last season when the team got shit pumped by the Buffalo Sabres. It seemed impossible that the team could ever look worse than they did at that point, yet here we are. 6 losses in a row and it's a joke. Sure, injuries are piling up and having a toll on the team. But it's a lack of production out of guys who you need to be able to count on to step up when the team runs into injury trouble like this. It's a coaching staff that is addicted to continuing the giving minutes the worst 4th line in hockey.

It's a powerplay that is somehow just as effective offensively as the Flyers' penalty kill. Which isn't a way of saying the Flyers are scoring a shit ton of shorthanded goals. Pretty much everybody besides Claude Giroux and Carter Hart have been beyond putrid for the month of November.

But if Zack MacEwen is going to keep giving us some tilts like this, then maybe he's also earned himself one of the only safe spots on this roster.

First of all, the salad bar was on full display in that tilt. Some crispy romaine and some spicy arugula here. The volume was all the way up on the flow and the haymakers in this one.

Clearly Big Mac has been getting acclimated to life in Philly by watching a shit ton of Rocky movies and switching to the southpaw like that. One or two more of those lefty bombs and this one could have ended as an early bird special. But credit to Geersten. He hung in there and then answered with a few bombs of his own. From that point on it just turned into some Rock'em Sock'em Robots.

Great scrap by both fellas. One of the better ones we'll see all season. And really that's all we can ask for right now out of the Flyers. If they're going to continue to look like your local 10:45 Wednesday night beer league team who can't complete 2 passes in a row to break out of their own zone, then they have to find other avenues to be entertaining. A tilt like that gets the trick done.

But seriously. This team sucks. And there's no help coming anytime soon. I just can't wait for the World Juniors to come around and take my mind away from this team for a couple weeks.