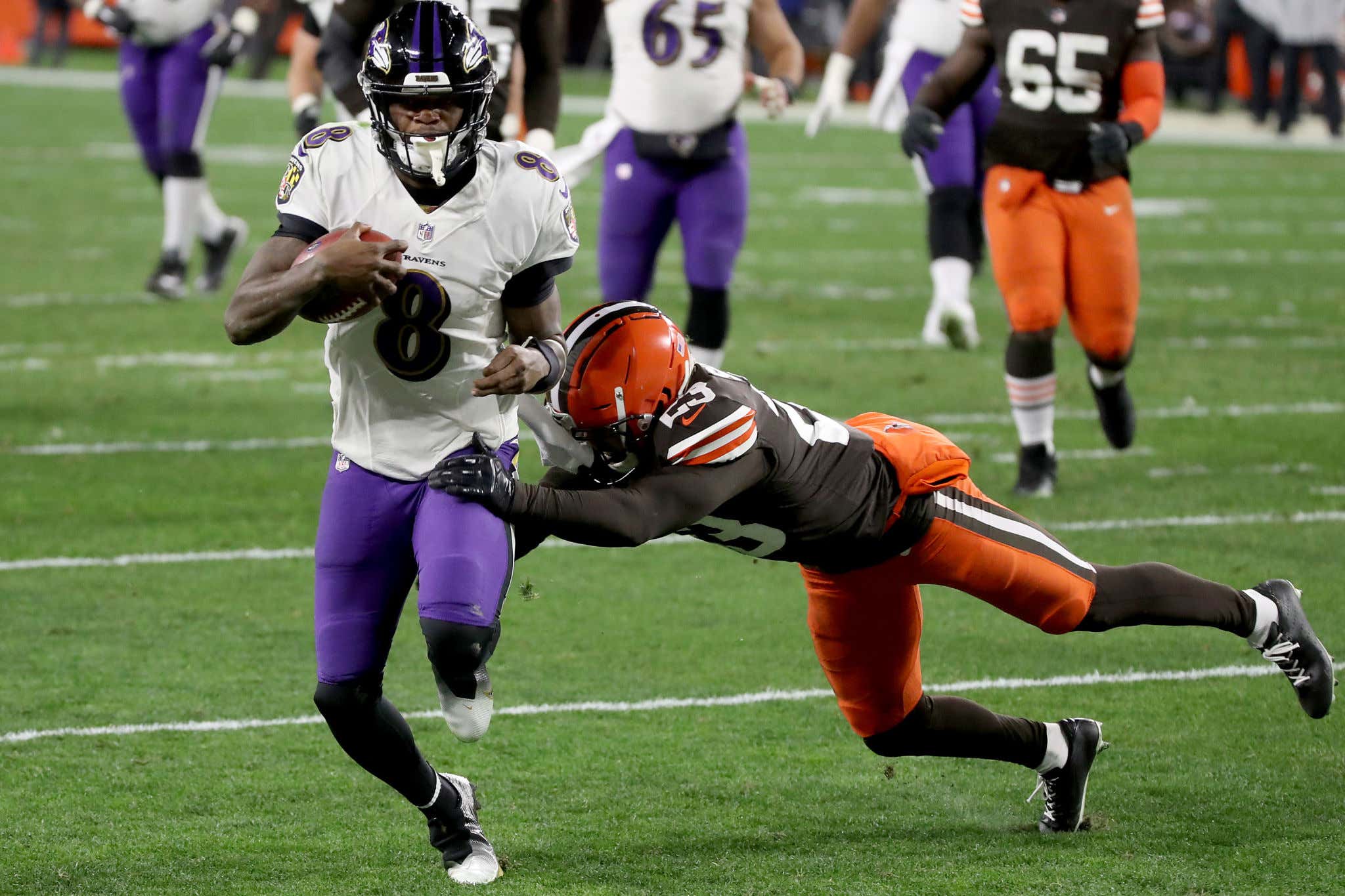 Once the schedule dropped, we knew that tonight was going to be where the real season started. The first 10 games on the slate were slammed with NFC and nondivisional opponents, and the mission there was to sprint out to a divisional lead before the gauntlet began. I couldn't have imagined a rockier road, but the Ravens accomplished that task by going 7-3 despite an onslaught of injuries on both sides of the ball. Now things get real. 5 divisional games in 7 weeks and 2 games against likely NFC playoff teams.

Tonight in particular brings us the team I had expected to put up the most fight at the beginning of the season. While the Browns' status as the next closest AFC North contender is cloudy at best with the emergence of the Bengals, they're just as capable of showing up and beating any team in the NFL on any given night. And as we've seen the last couple weeks, the Ravens are just as capable of losing to any given team. They're as jekyll and hyde as any team in the league right now, and the league is chock full of those types of teams. I can't remember a year in the NFL as unpredictable week to week as this year.

But anyway, this is a primetime home game. The Ravens are wearing black on black. That's when you know shit is getting serious. Lamar Jackson and Hollywood Brown are both back after missing last week's game in Chicago. They (along with JT) were the heroes last year in the most pivotal game of the season against the Browns in primetime and I expect them to make magic yet again tonight. Here's that highlight in case you forgot…

7 games to go. The Ravens are in the drivers seat of the AFC North, but the margin of error is razor thin. The Bengals are coming in hot, and the Browns have their opportunities with the NFL somehow giving them the Ravens, a bye, then the Ravens again. Lesser men would complain about that, but I won't even bother mentioning it. Nope. Not gonna. All I'm gonna say is despite all of the injuries and illnesses and double digit deficits, the 2021 Ravens still have everything they want right in front of them. They just gotta go out there and take it. I believe in John Harbaugh and Lamar Jackson, mostly because they haven't given me a reason not to. M&T Bank is gonna be rockin tonight. Can't wait. Let's go get it.