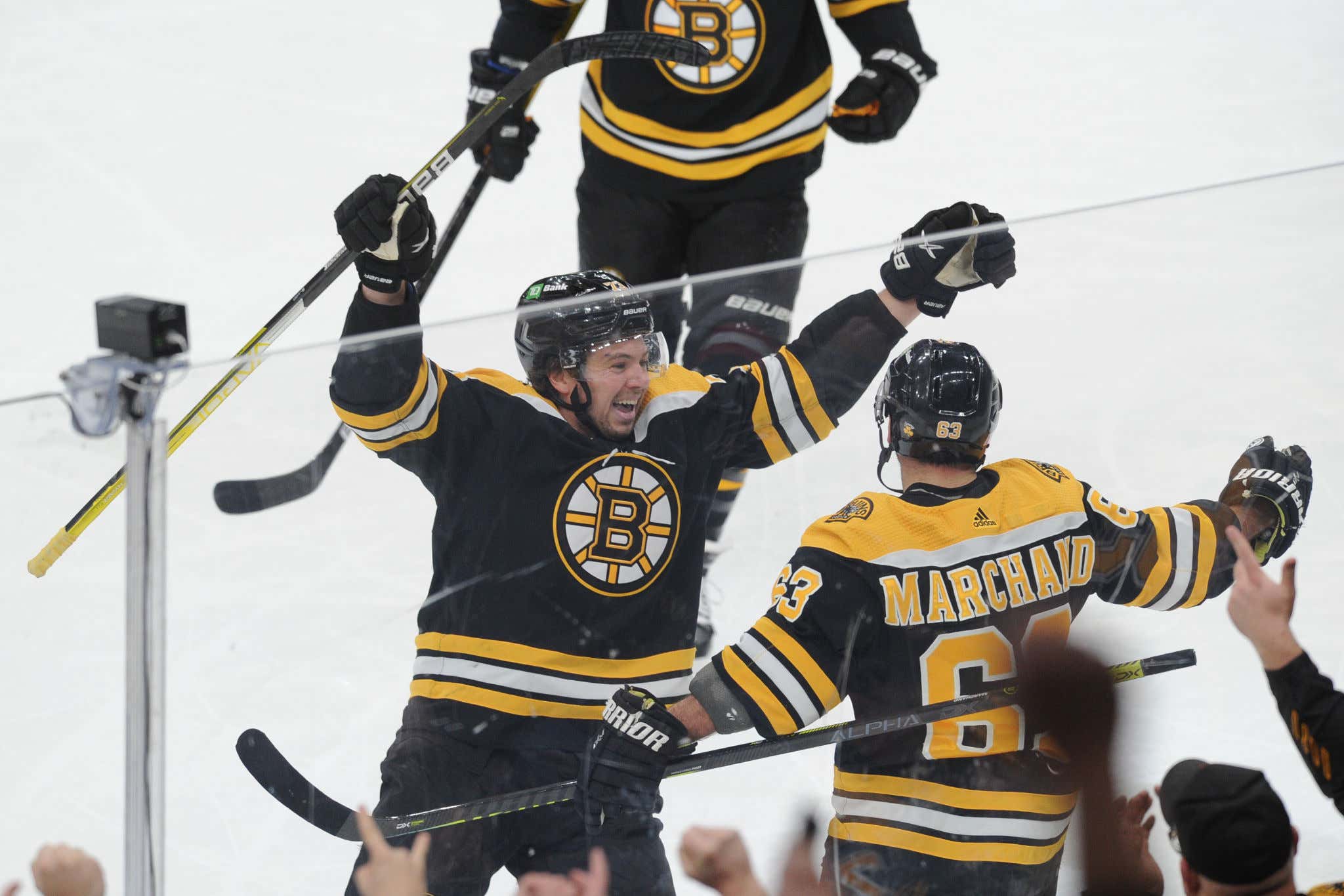 Down 1 heading into the 3rd, Brad Marchand scored the game tying goal and then set up the game winning goal as the Bruins' squeaked out a big two points against the Vancouver Canucks.

Tanner Pearson opened the scoring for Vancouver on the PP (Jakub Zboril was in the box for a ticky tack interference penalty). 1-0 Canucks. Ullmark's gotta have that one.

Nick Foligno drew a tripping penalty midway through the 3rd to set up Brad Marchand's PPG to tie. 2-2. Actually looked like Pastrnak's original shot had went in. We'll see if they change it officially.

Who else but Brad Marchand to set up David Pastrnak for the game winning goal. Another PPG. 3-2 Bruins late.

- Lineup changes for the B's tonight - Erik Haula and Jake DeBrusk were healthy scratches. Trent Frederic slid into the lineup since suffering a concussion to center the 3rd line. Karson Kuhlman in for DeBrusk.

- Conor Garland nearly had a PPG late in the 1st to make it 2-1 Canucks but Bruce Cassidy successfully challenged for offsides. Garland however, would not be denied in his return home, he got on the board in the 2nd.

- Nice to see Anton Blidh score his first of the year. The 6th round pick from 2013 is making the most of his time with the big club. Unfortunately, Blidh was boarded late in the game by Oliver Ekman-Larsson and would not return. Cassidy said after the game it is an upper body injury (looked like he grabbed his shoulder or maybe his collar bone when he got up), not concussion related.

- Bruce Cassidy mixed up the middle six midway through the 2nd to try and get something going by dropping down David Pastrnak to play with Taylor Hall and Charlie Coyle, he would ultimately return to the top line in the 3rd.

- Tough beat for anyone who had the puck line tonight. Patrice Bergeron added the ENG with 8.6 to go to make it 4-2 but it was called back for offsides. Brutal.

- Linus Ullmark got his first start in net after tweaking something Wednesday morning. Two goals he would've liked to have back tonight. His rebound control has been incredibly noticeable of late, and not in a good way. That being said, Ullmark did make a crucial breakaway save in the third to keep it a 1 goal game before Boston ultimately tied it on the PP and then won it. Gotta give him credit for that. Finished the night with 36 saves.

Didn't look good through 2, but the B's came out with some urgency in the 3rd to comeback and steal 2 points. Can't celebrate too much beating a team you're supposed to beat, but good to bank the points and move on. Would love to see more of that 3rd period play tonight going forward…

B's are back at it Tuesday when the Detroit Red Wings come to town.

REMINDER: BARSTOOL STORE IS 20% OFF THROUGH TOMORROW NIGHT! 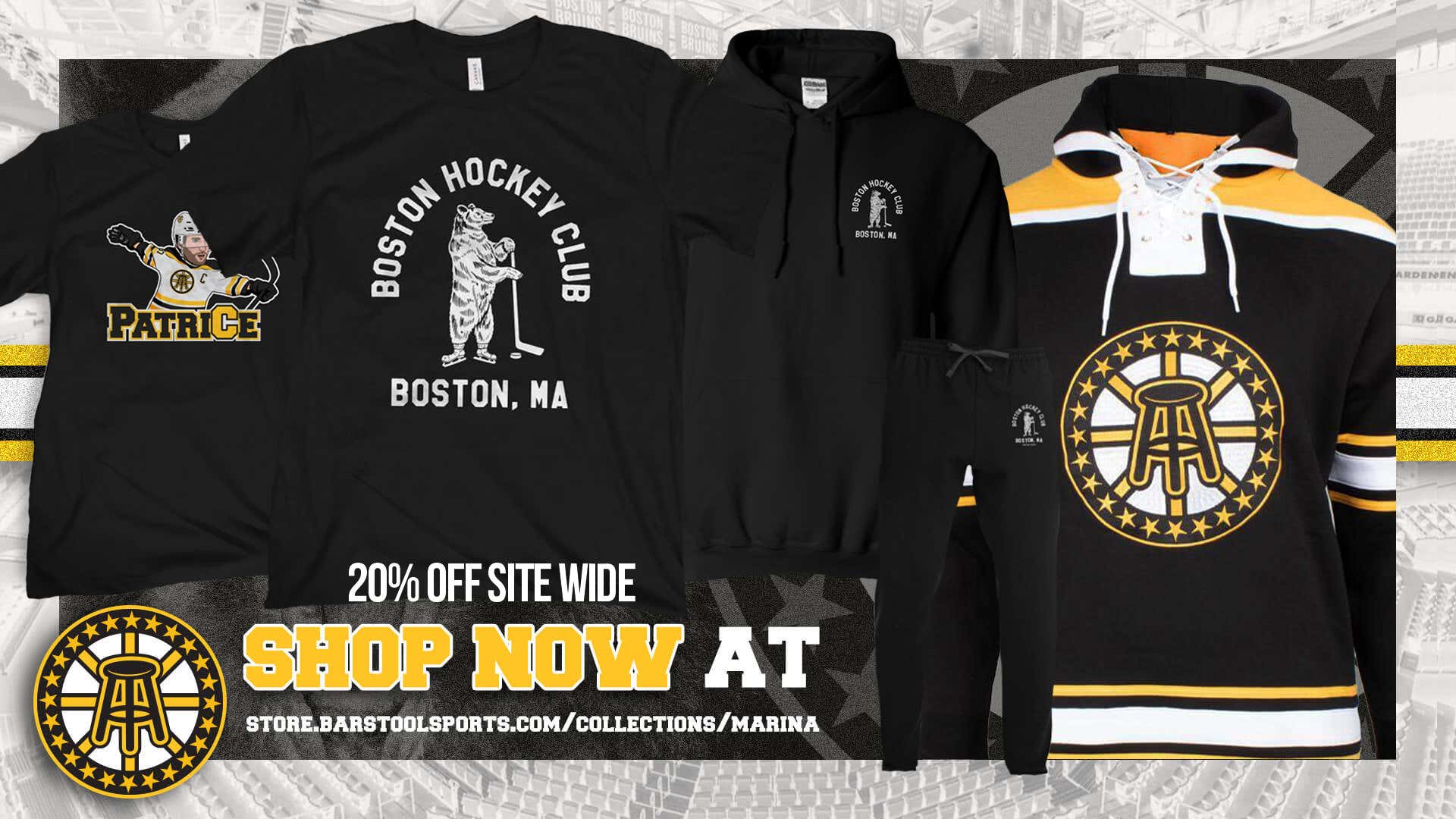