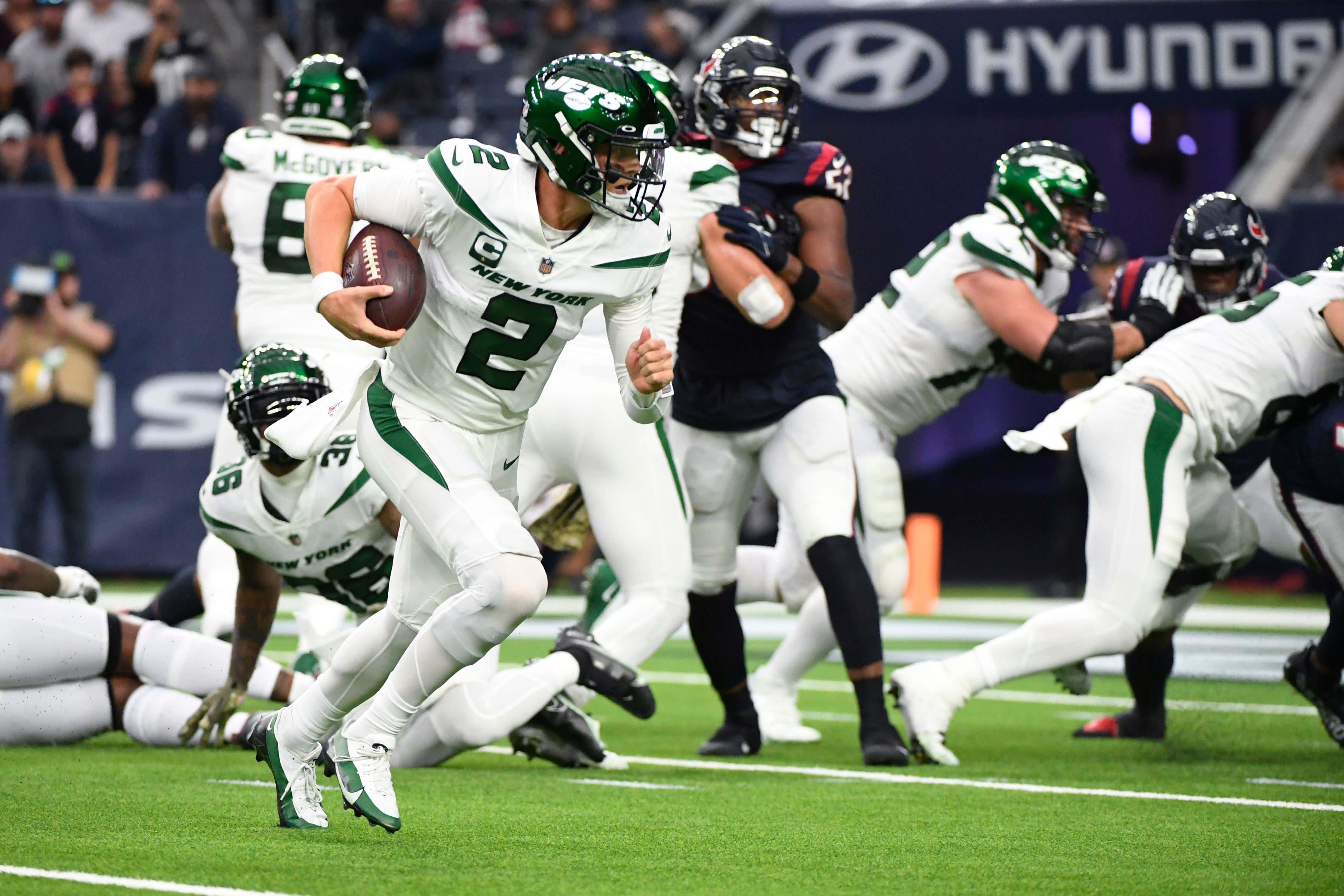 We would be looking at this game a lot different for Zach Wilson if it wasn't for this pick. Now I would say this was more a miscommunication ending in a pick, rather than straight up throwing a pick. If Ty Johnson had not started blocking he may have ended up catching it and picking up the first.

(It was not as good as a punt)

Zach Wilson struggled early. At one point he was 1 of 6 for 11 yards with 1 pick

He performed pretty terribly in the first half but I believe he was playing a bit limply. I am totally making excuses because I want to see him continue to play moving forward (I invested in a Wilson jersey, I would like to use it). I am actually surprised that after this play he didn't sit the rest of the game.

He is just coming back from an injury so we should all understand that it could have seriously limited his abilities. Hopefully his next game back he gains some more confidence and is able to finally get comfortable.

I did think Josh Johnson getting in for the 2pt was going to be the end of Zach for the day. A switch to Johnson may have been an easier way to win. But playing Zach is investing in the future. I was losing a lot of hope ‘til this spark from Zach diving for the endzone. He led a couple of decent drives with big completions coming out of the half. He got back his groove.

Ultimately, Saleh stopped letting Zach throw the ball and relied solely on playmakers to run the ball and try to seal the win. The offensive playcalling at this point in the game got extremely conservative. Realistically the game ended with the defense having to make two big stops to seal the win.

The inability to get the first to run out the clock was pretty feeble. it worked out in the end but the offense should be able to get those yards to ensure the win.

The most concerning stat is the 2/13 on 3rd down. That's just terrible. I hope they get confidence in Wilson to start opening it up in coming games. If they can get to the point where they gain that extra dimension in the passing game there is a much easier path to victory in later games. This was a great win but won't suffice for the opponents coming in next coming weeks.

It's hard to judge Wilson's performance compared to what other Jets' QBs have accomplished the last couple of weeks. Realistically Flacco would have easily won this game after his 291 yard, 2 TD performance against the Dolphins. But if he had started it may have been a replica of Mike White's 2nd start where "Once there is film everyone figures them out.” Flacco may have been the best QB to start today, but winning with Zach hopefully translates to more wins with Zach in the future.