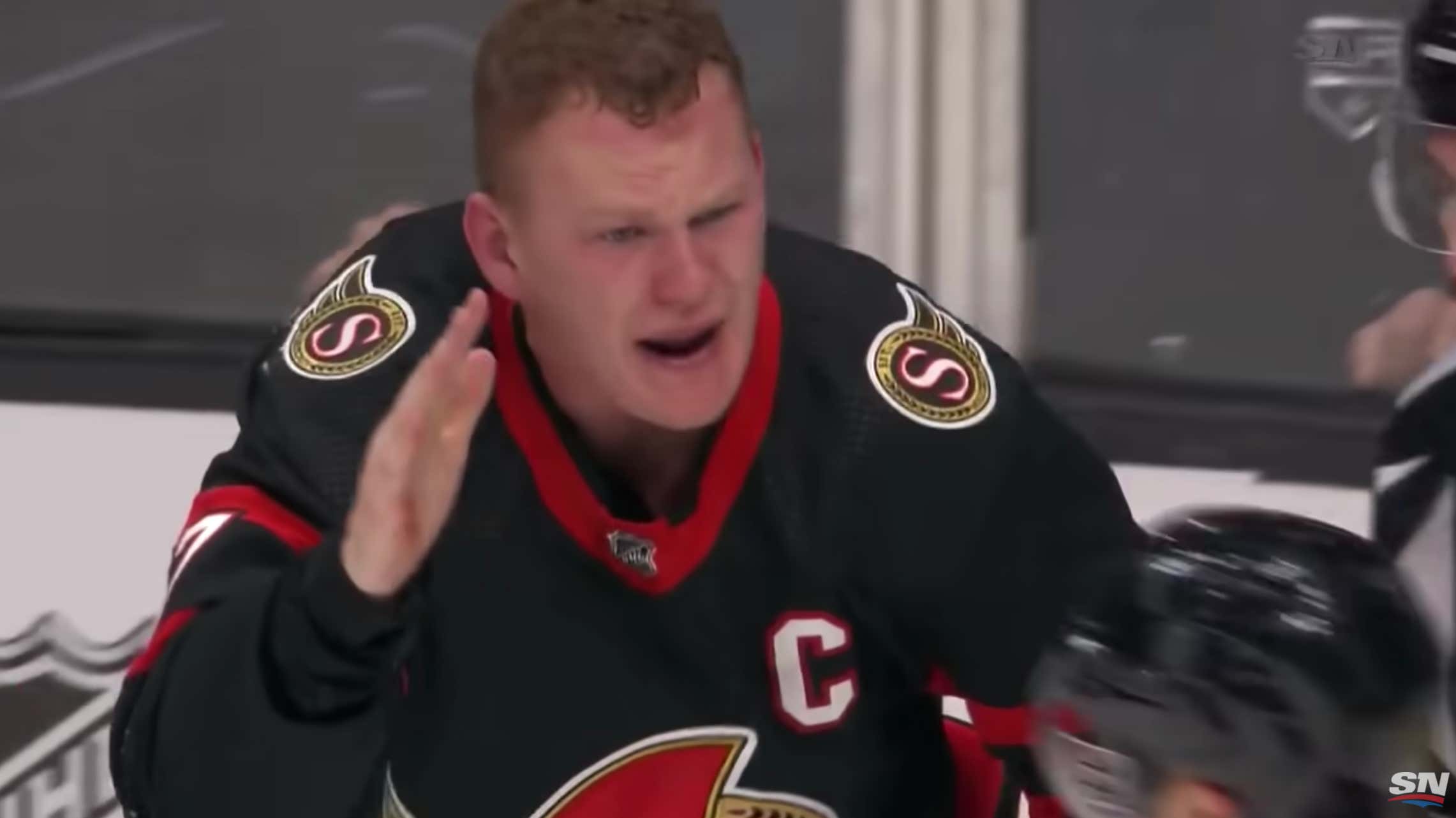 We're at a point now in the NHL where like half the league is filled with sons of former NHL players. You look around the league and you'll see all the same last names as you saw during the 90s. And one thing that we've come to see is that the apple rarely falls too far from the tree.

These kids grew up watching the way their old men played and it's pretty damn apparent. Maybe they've added a few pieces to their game that their pops didn't have in theirs but for the most part, there are are ton of similarities. The Tkachuks. Max Domi. The Nylanders. The Foote brothers. The list goes on and on. And for a kid like Brendan Lemieux who grew up with Claude as his pops? Well there was no doubt that he'd grow up and be one of the greasiest bastards to lace up a pair of skates.

Who the frick bites a guy? I mean honestly.

And while Brendan Lemieux let his teeth do the fighting for him in that tussle, Brady Tkachuk let his tongue do most of the damage after the game when he verbally massacred Lemieux in his post game presser.

Bad guy, bad player. The bite might have hurt Brady's finger for a few minutes, but the truth hurts for a lifetime. Tough for Brendan Lemieux to have to hear all that.

Speaking of tough, it's also getting increasingly tougher to be a huge Brady Tkachuk guy while the Ottawa Senators are one of the most dogshit hockey teams ever assembled. Just 4 wins on the year so far and a -27 goal differential. That team suuuuucks. But at least Big Walt didn't raise a biter.