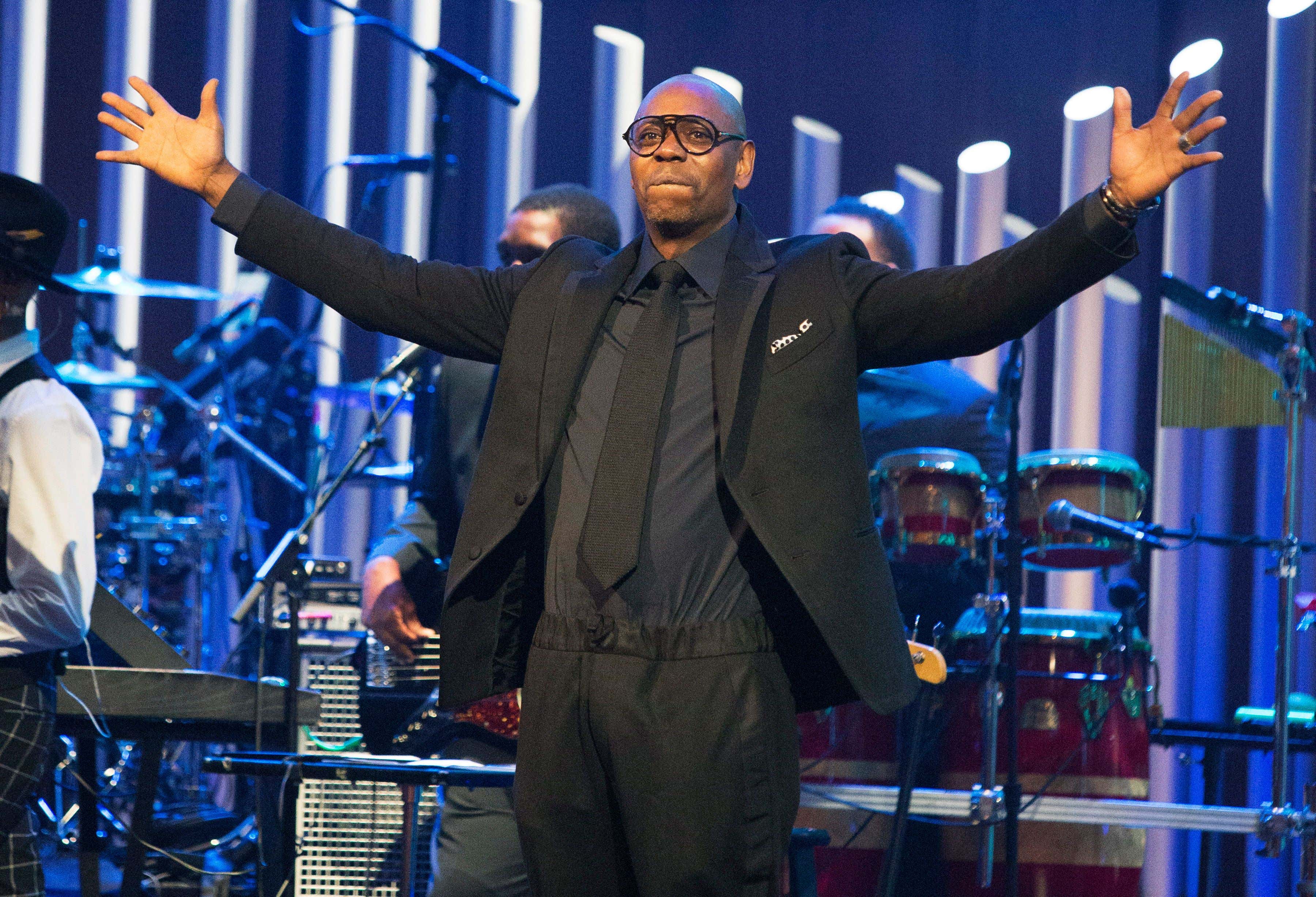 (Politico) - DAVE CHAPPELLE made a surprise stop by D.C.’s Duke Ellington School of the Arts on Tuesday in the latest chapter of the running saga with his alma mater.

Some 580 students packed into an auditorium to hear their school’s most famous alumnus discuss the uproar triggered by his Netflix special “The Closer.” With a camera crew in tow, Chappelle took the stage to a raucous reception of cheers and some boos — and the hourlong session went south from there, we’re told.

During a Q&A session, one student stepped to the mic and called Chappelle a “bigot,” adding, “I’m 16 and I think you’re childish, you handled it like a child,” according to two students present. The comments were confirmed by Chappelle’s spokesperson CARLA SIMS.

In response to another antagonistic question, Chappelle roughly told the student body of artists: “I’m better than every instrumentalist, artist, no matter what art you do in this school, right now, I’m better than all of you. I’m sure that will change. I’m sure you’ll be household names soon.”

According to the students, Chappelle seemed to soften up as he wound down. Turning to the camera, he spoke out against death threats some students have received since protesting him. The school has responded by increasing security and barring students from leaving campus for lunch.

“He was really kind,” the student added. “If [only] he [had] acted that way the whole time. … There was no reason to be mean to us. He was just laughing at kids.”

This is my favorite story in a long time. Dave Chappelle has been welcoming controversy with open arms for the last year or so. One could make a case he's been doing it his entire career, but he's really been leaning into it as of late. So much so that his high school had to postpose the naming of a building in his honor until next year, which really doesn't make sense. Either you like the guy or you hate him, waiting until public perception potentially changes is a type of cowardice I'll never understand.

But Chappelle went back to Duke Ellington to talk to the student body and despite how the report slants the story, everything seemed mostly positive. The majority of the audience cheered, there were some boos sprinkled throughout. A handful of kids asked questions, those were mostly negative and Chappelle - a comedian - dished it right back. Which, no matter how you feel about his current stance on several issues, is a fucking hilarious visual. It's genuinely brave of these teens to muster up the courage to step up to a mic, in front of their entire school, and openly question the most famous graduate of said school in front of his own camera crew. It's very funny that instead of hearing a single thing these kids had to say he opted to instead call them poor and laugh in their faces. Even the students quoted were like, "He was really nice. He laughed in my face and pushed me into a puddle of mud. I said 'thank you' and asked him for another, that's when he put a cigarette out in my eye. Best day of my life."

I couldn't read this story without thinking of him playing Street Hoops against the sick kid in the hospital. 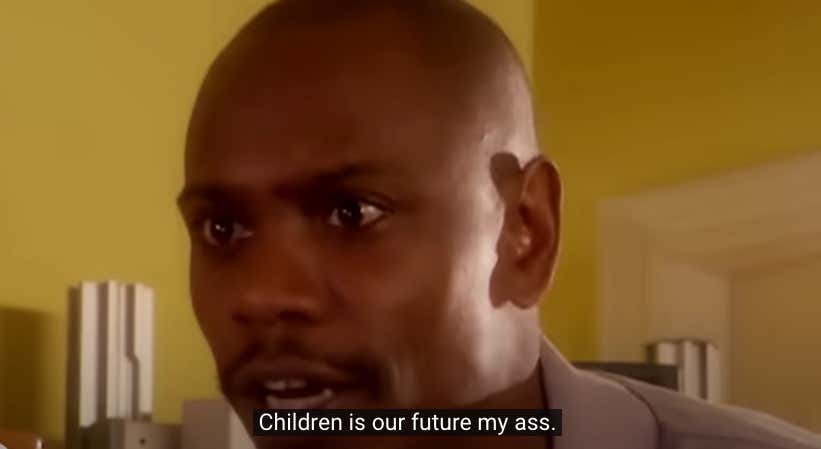