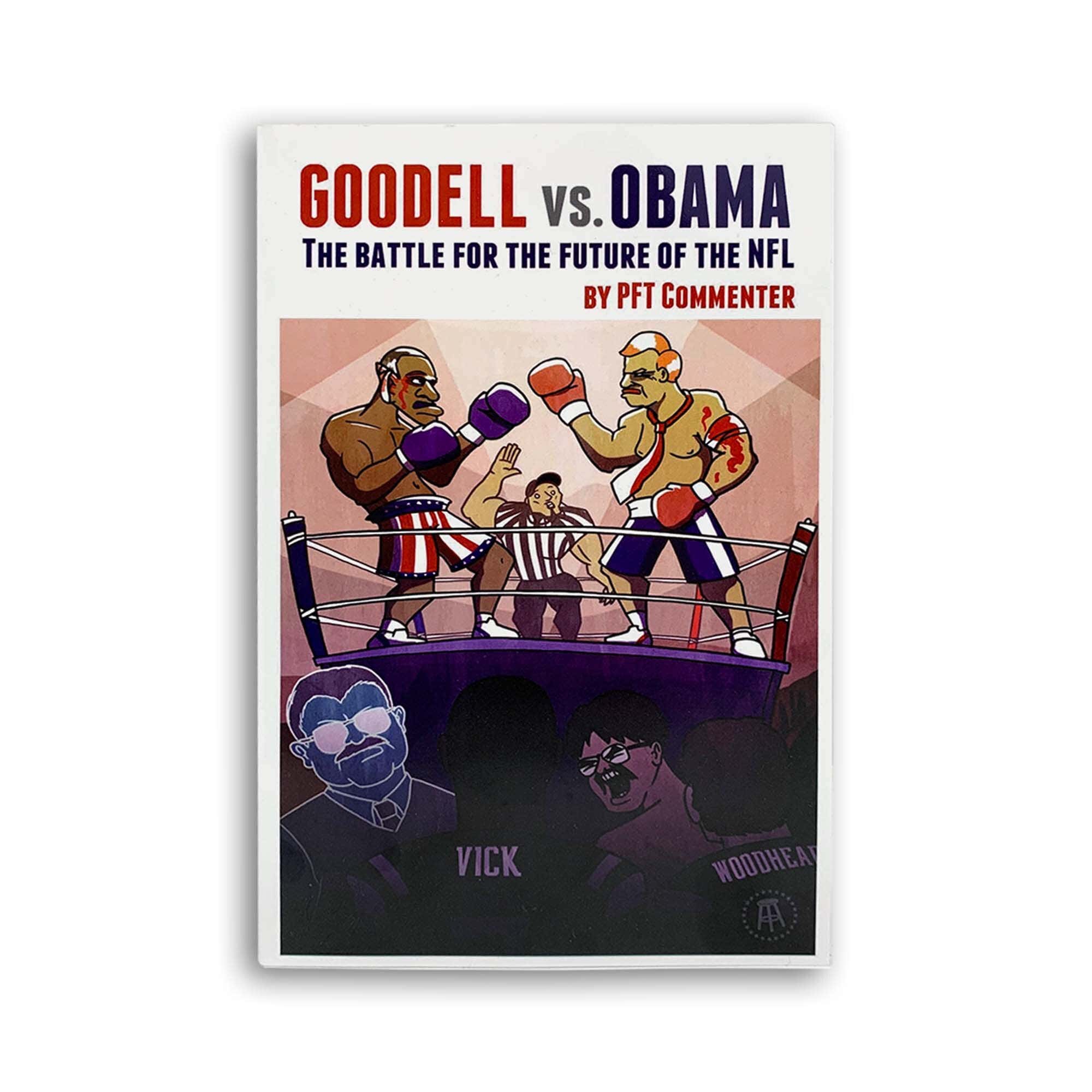 Big news. Huge. Outside of Pardon My Take, if you were to ask me what the most important moment of my career has been it was probably self-publishing this ebook back in 2014. It gave me the confidence to know that as weird as my brain can be at times, that there are people out there that can identify with it. This book litraly paid my rent when SB Nation woudnt give me enough money to afford health care and groceries, and more importantly it made me believe in myself a little bit. At midnight tonight for the first time ever, you can buy it in a hard copy paperback edition.

If the truth sets you free, then reading Goodell vs. Obama will be a genuinely liberating experience. The takes are so hot they come with a warning label, and they burn plenty of bridges. This is a shame, because despite Goodell’s positive characterization, the NFL would clearly be better off with PFT Commenter in charge. Until that happens, though, our national pastime will continue to become “our national asstime.” And that really makes you think.

I wrote this ebook back in the year of my lord 2014 and it sold thousands of copys despite the fact that the PC Police tried to shadowban it. After going on "behind the blog" with KFC Ive heard from hundreds of you guys who wanted me to re-release it so here it is. For the first time ever you can buy a paperback of my ebook "Goodell Vs. Obama- The Battle For The Future Of The NFL."

PFT whats this story about?

Jerry Jones dick explodes and then Barack Obama tries to take over the team, turn them into a soccer team, and move them to Kenya. Roger Goodell, Jim Irsay, Pete Carrol, Michael Vick, Danny Woodhead,Joe Biden, Mike Ditka, and more all unite to try and stop him. Its based on a true story

PFT where can I buy it?

Barstool sports store. Supplies are extremeley limited. And by extremely limited I mean you should buy it now or else I will hate you forever.

PFT what happens when it sells out?

Great question. Once it sells out I will be launching the audiobook version of it. Featuring:

Big Cat, Stu Feiner, Frank the Tank, Feits, Nick, KB, Jeff D Lowe, Zah, Kate, Mintzy, Brandon Walker, Rone, Hank, KenJack, and many many many many more playing the various parts in the book. The great news is that i listed all those guys and gals as co-authors, and the New York Times monitors audiobook sales so theres a pretty decent chance that Frank The Tank will be able to claim that he is a New York Times best selling author after this.

Enjoy your thanksgiving and God bless.