This past weekend I was able to get Ryan and Dave out of the city of Chicago and to the middle of nowhere here in central Illinois to go hunting for their very first time. I won't spill too many details since the full video will be released this upcoming Friday, but credit to them for stepping out of their comfort zones and jumping right in to each activity. Night one we hung out in the man cave, ate elk burgers, talked hunting, and gave them their new Mossy Oak hunting gear. Over the weekend we talked about gun safety and shot 12 gauges at clay pigeons to get them comfortable holding a shotgun. Although we were only tossing the clays up with our hands I was pleasantly surprised with how good of a shot Dave was. Next week will be the true test as he shoots at a bird flying by at high speed. They also shot a blow gun for the first time, and we got a sick picture of us together. A true squad. 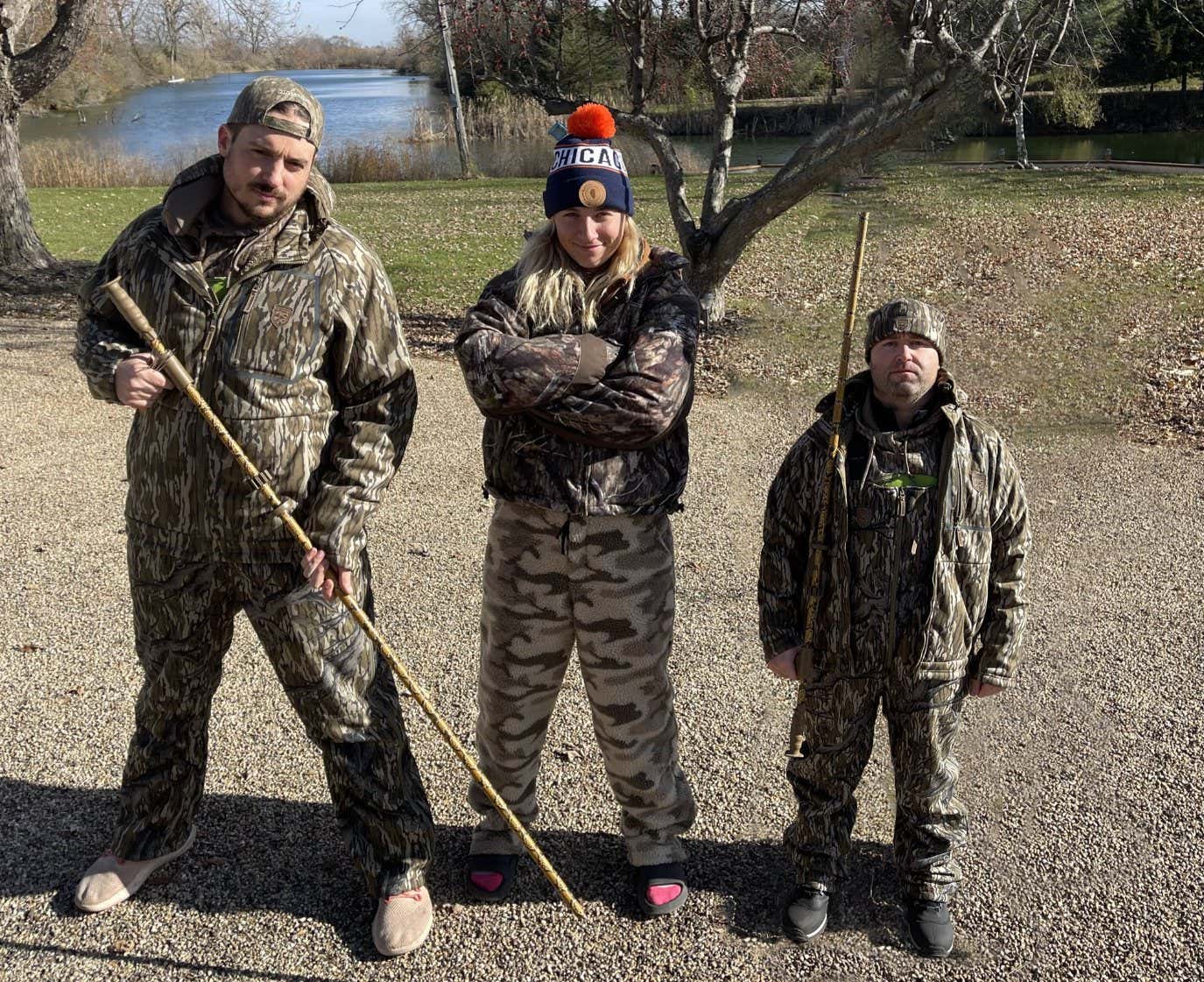 Ryan was triumphant with the recurve, which is much harder to shoot than any compound bow. It was actually my first time shooting a true recurve as well, besides my Oneida Bow, so now I am hooked and have a new goal at shooting an animal, other than a fish, instinctively in 2022. If you are not familiar with bows. People typically shoot compound bows with sights, a stabilizer, release, an anchor point, etc. When hearing the word instinctive that typically means someone is shooting fingers (no release) as well as no sights. Shooting and aiming simply becomes muscle memory with practice and no help from other systems. Check out this video of Ryan hitting a target out the the air with the bow for the very first time.

We went into this weekend thinking about mainly duck hunting, but after putting our heads together we decided to turn strictly to chasing after deer. Deer hunting is a challenge, which the guys figured out quickly. I am not a gun hunter, but was excited for Ryan and Dave to try and shoot their first deer during the first weekend of Illinois shot gun season. My favorite part of the trip was having them experience many firsts and them leaving excited to come back again. Hunting is a competitive sport that once someone experiences that first heart pounding rush of adrenaline, they'll never want to stop.