I know everybody here has been really shook up since Young Dolph's passing last week.

For the uninformed, or those living in a cave, the Memphis rapper was gunned down at a cookie store in his hometown last week. The Nation grieved.

ABC - Rapper Young Dolph, whose given name is Adolph Robert Thornton Jr., was shot and killed in Memphis, Tennessee, on Wednesday afternoon. He was 36.

"The preliminary information indicates that the victim is Adolph Robert Thornton Jr. However, this information will be confirmed once the identification process has been completed," the Memphis Police Department tweeted Wednesday afternoon.

According to police, officers responded at at 12:24 p.m. local time to the scene of a shooting at 2370 Airways -- the address of Makeda’s Homemade Butter Cookies in South Memphis -- where one male victim was found and pronounced dead at the scene.

A spokesman for the Memphis Police Department told ABC News that this is an ongoing investigation and no arrests have been made.

ALLEGEDLY, this all stems from a beef Young Dolph and his crew had with fellow Memphis rapper Yo Gotti and his crew.

Yo Gotti, 36, who was rumored to have had rap beef with Dolph for several years, shared a mysterious post on his Instagram story hours before the shooting.

Yo Gotti and Dolph allegedly exchanged subtle disses on tracks towards each other and spoke about one another in interviews.

The rappers were raised in Memphis and became competitors once Dolph rose on the Southern hip hop scene.

The feud began when Dolph was an up-and-comer in the hip hop scene and Gotti tried to sign him to his label. Dolph turned him down and Gotti took that personally.

While in Charlotte in February 2017, Dolph was inside his $300,000 SUV when the vehicle was shot at more than 100 times. Dolph said he was saved by the bulletproof panels in the car. Blac Youngsta, a Memphis rapper signed to Yo Gotti's record label, was among those charged in connection with the shooting. The charges against Blac Youngsta (whose real name is Sammie Benson) were dropped in 2019.

So now that we're all caught up, this guy on Youtube "Cody ITC" does these seance's where he speaks to the dead through this contraption called a "Spirit Box". 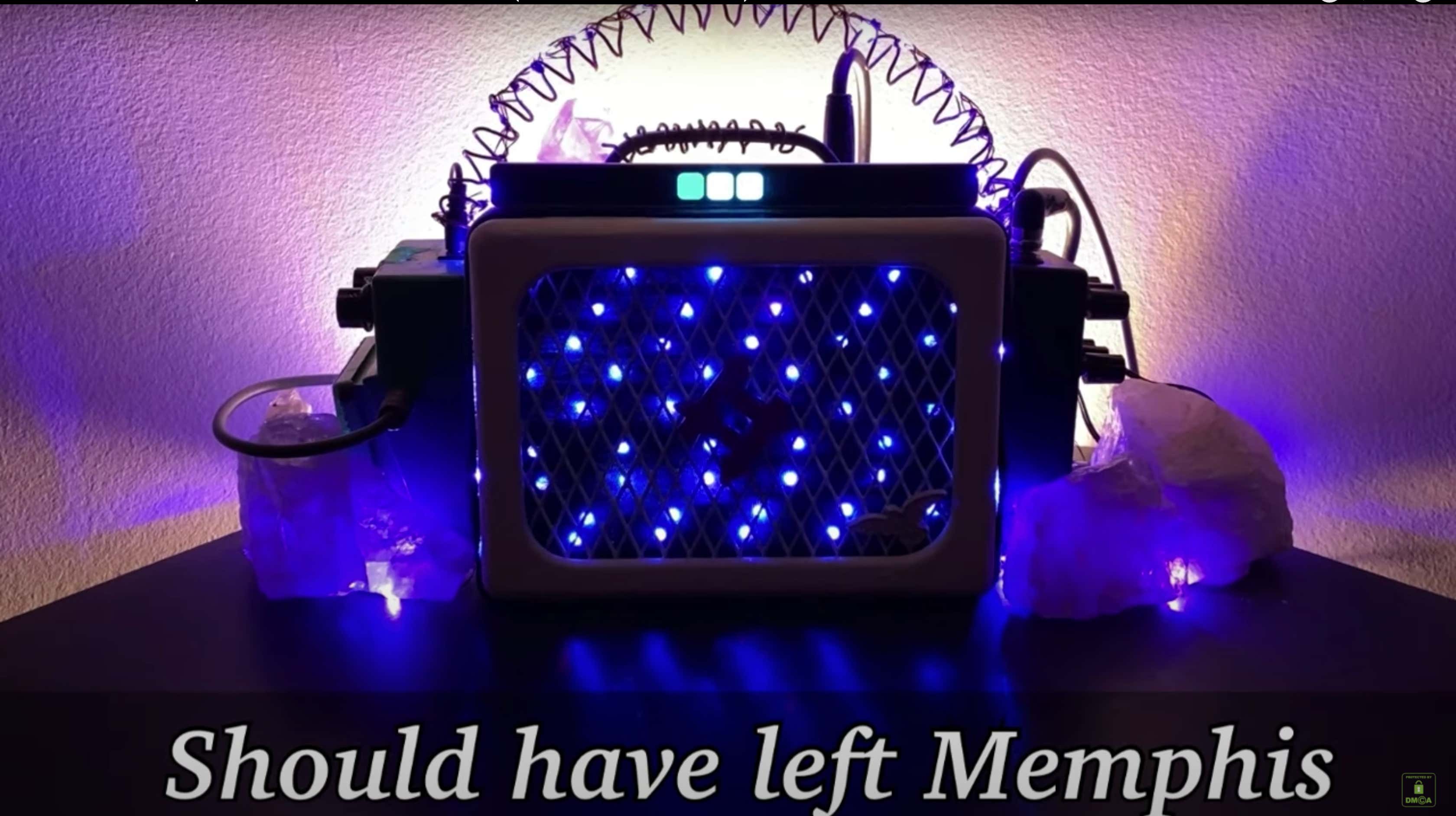 I'm not going to spoil it for everybody, but if you listen to it, it's clear as day it's Dolph. You can hear his voice and everything. He tells everything that happened, names his killers, and even speaks about the afterlife!

People are blown away too. 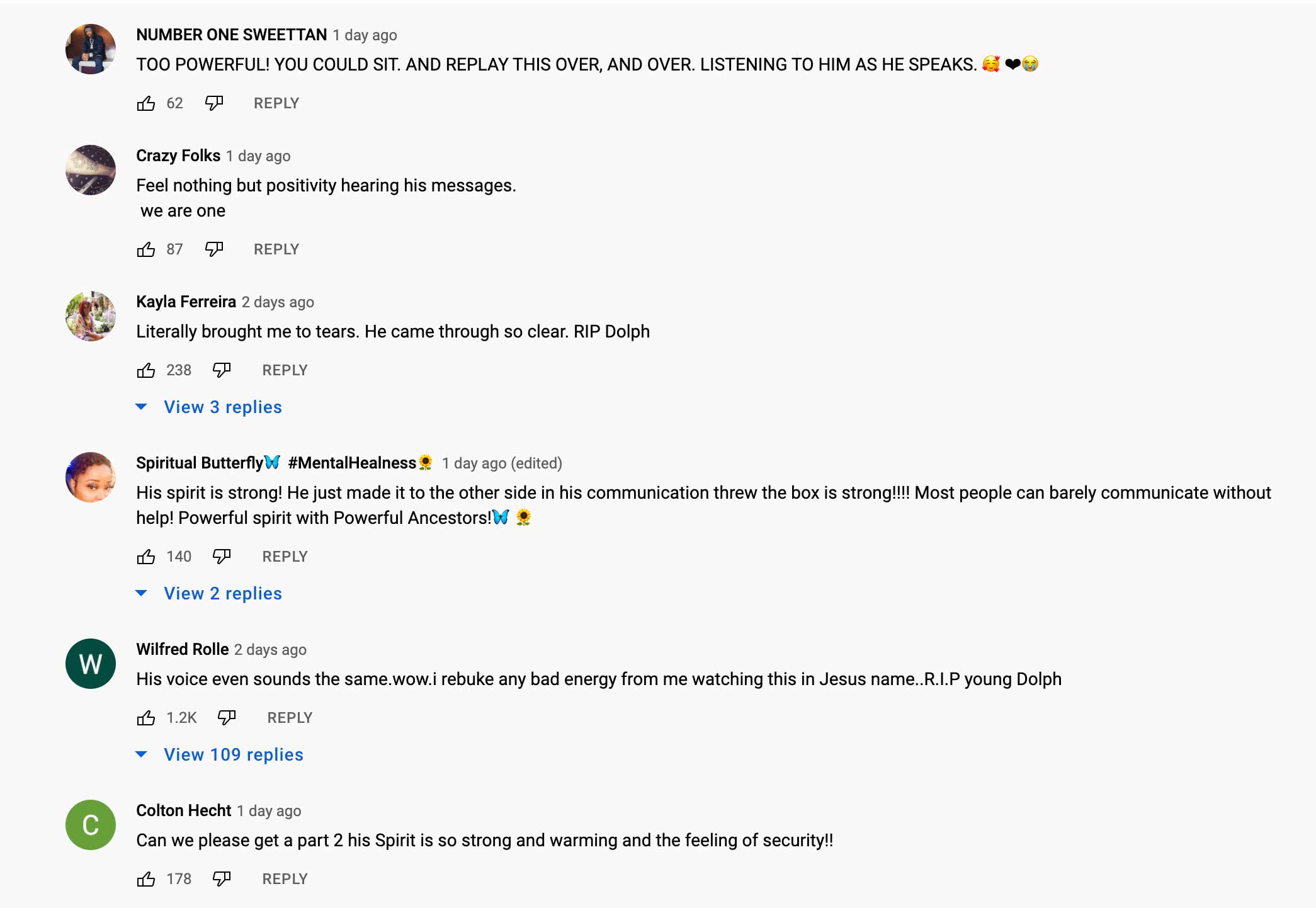 And I know I said I wouldn't give away any spoilers BUT, the best news to come from this is that we are probably going to get a Spirit Box Part 2, AND a potential posthumous Juice Wrld Collab!!!!

p.s. - did I blog this in part so I had a reason to post the Riggs Seance that KB, Donnie, and Nick did? Possibly.