Source - I do. I did. I’m done … Divorced at last. Those are the words written on the cake that Johnny Manziel’s ex-wife, model Bre Tiesi, shared on Instagram in celebration of the news that the couple is now officially divorced – with several of her friends throwing her a divorce party.

“Thanks to all my girls for the craziest divorce party,” Tiesi wrote in her Instagram caption. “No shade to J, wish you nothing but the best, love ya ❤️😂”

Their divorce has been in the works since 2019. In March of that year, Tiesi scrubbed Manziel from her Instagram page and commented that “vows were broken.”Six months later, Tiesi filed for divorce.

First of all, I would like you all to know that I love Johnny. I had the please of working with him on a podcast called ComeBackSZN in 2018 and even though he showed up for work maybe three times, he was an absolute delight. Super easy going, funny, and knew his stuff. He also didn't take life too seriously, which is apparently still a quality he posses. Here's what he had to say on IG after he ex wife was flaunting her ass all over the gram...

Good for him. You never know how someone is actually feeling about a situation, but from what I can tell he seems to be handling things well. Having said that, a cake? Really? Look at this thing… 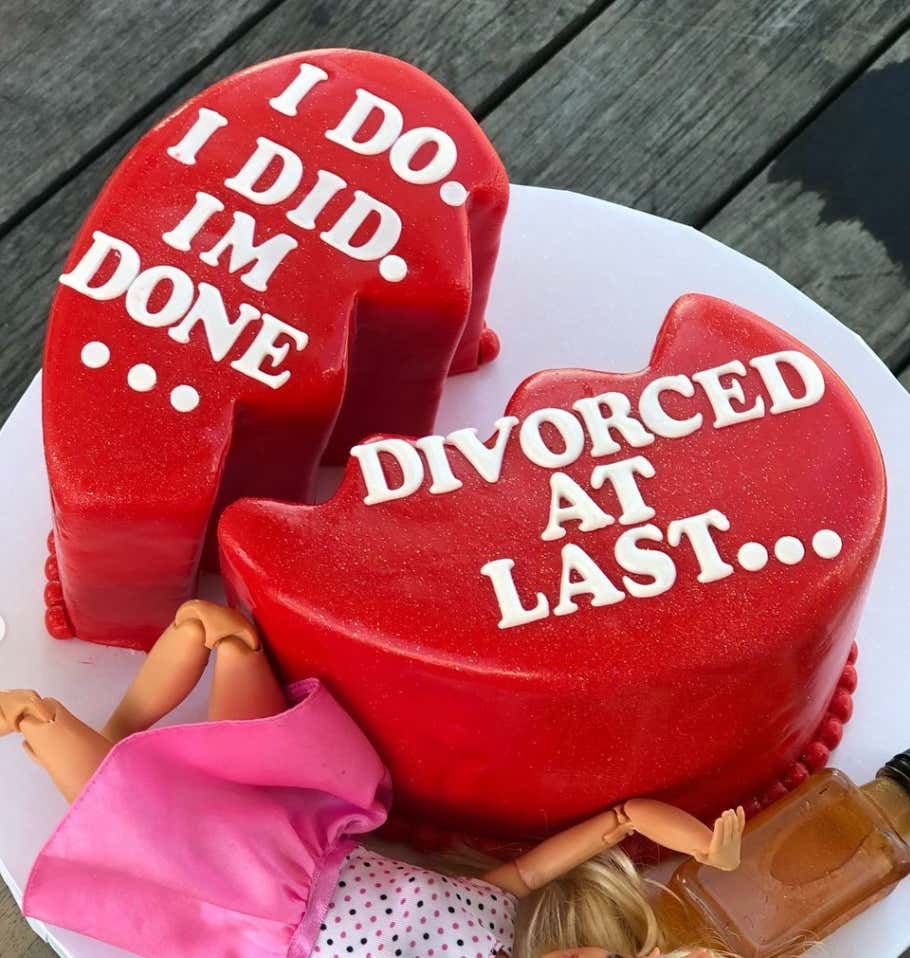 What a preposterous way to celebrate. It's also strange that you're broadcasting that your marriage failed. Maybe I'm old school, but I'd be kind of embarrassed. Then again, who am I to judge? As long as they're both happy that's all that matters. Best of luck to both Johnny and Bre in the future. Hopefully their next marriages last longer than the first. Now here are a bunch of his career highlights. Enjoy…