Is the honorable Steve Cohen the only one that sticks to his word and honors promises in business anymore?!? I didn't think my favorite baseball team's owner would be stealing headlines on Thanksgiving Weekend considering all the football and hoops we have on tap, but I guess Steve Cohen isn't your typical baseball owner. Nobody makes Uncle Stevie unhappy while he eats his breakfast!

I know people are going to be upset that Cohen is tweeting through it because it's unprofessional or unseemly or whatever. But the only thing I'm upset about is that he's upset about losing Steven Matz to a 4 year, $44 million contract. I loved Matz because he was a local kid that got drafted by the Mets, turned in one of the greatest debuts, and had a grandpa that turned in one of the great gif performances in Major League history.

But I'm more than fine with the Mets not investing a 4 year deal in an uneven pitcher will turn 31 next season, can absolutely murder his team with one inning from hell, and put up these types of numbers while in New York. 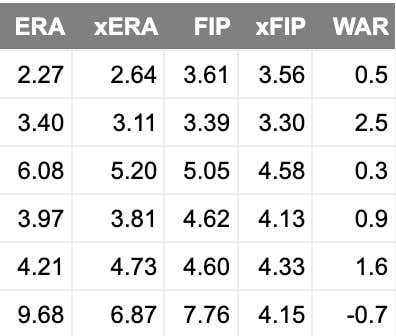 That being said, I completely expect Mets fans that were ready to be pissed about signing another retread lose their mind that Matz signed somewhere else and St. Louis to do their typical Cardinal voodoo by turning Matz into a Cy Young contender every other season. That dude was made to pitch in those light blue unis and awesome high socks.

I will say this to Uncle Stevie though. You are right, words and promises don't matter, especially in business with millions of dollars on the line where you leverage everything you can to get the best deal. But you know what always does get the last word?

We'll see how going scorched Earth on an agent works out. I'd be much more concerned if this was at Scott Boras instead of some dude named Rob Martin from Icon Sports. But instead of tweeting through it, let's start spending through it on pitchers better than Steven fucking Matz. And yes, I haven't stopped writing this blog because I am being fueled by nervous energy that this feels like a modern age Steinbrenner move.

But fuck it, in Bobby Axe we trust. You can take his money or face his wrath, but don't do DARE use his team for leverage! All that's left is for Cohen to buy up all the rooms in the Green Grove nursing home retirement community of Long Island so none of the older Matz's will have a chance to spend their twilight years living in the lap of luxury.