Well that was fucking awesome. I gotta say I didn't expect a 5 minute prologue clip previewing the movie to come out before the trailer, but here we are. Apparently those five minutes above do not appear in the movie itself, but instead are here to just give us a preview of what's to come. This still frame is dope. 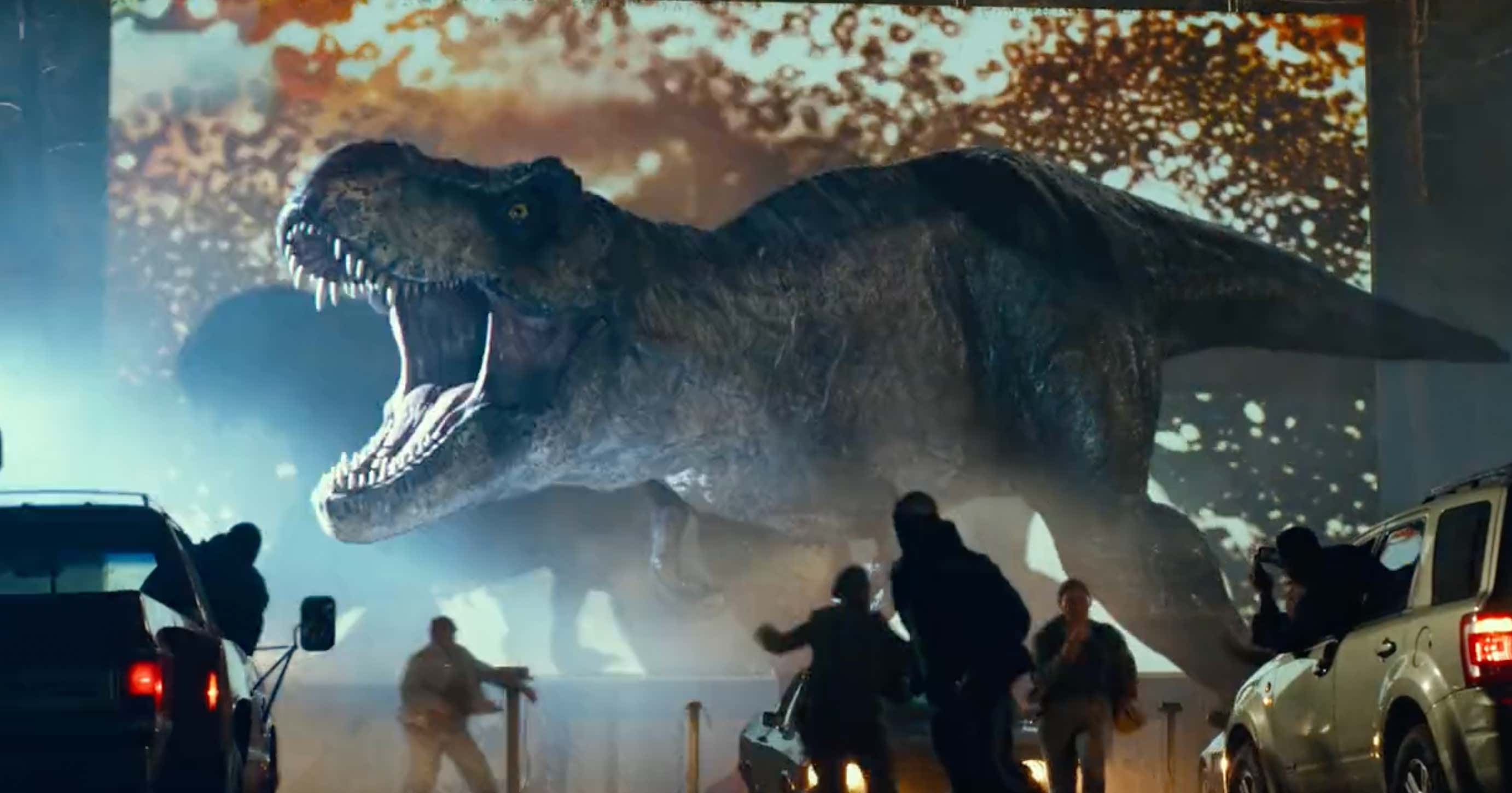 If you're a dino nerd like myself those first few minutes were an identical throwback to 'Walking With Dinosaurs.' No humans to interrupt anything, just documentary type footage of some dinosaurs hanging out doing their thing. Basically a dinosaur version of 'Planet Earth' so to speak. Then we got a taste of the present where a T-Rex is seen crashing a nice little drive-in movie theatre. That's why we're all here don't kid yourself. Seeing the dinosaurs in the wild is cool and all, but at the end of the day I want humans getting eaten by the big guys.

This will be the final Jurassic Park/World movie and I'm expecting big things. Dr. Grant, Ian Malcom, and Dr. Sadler are all back along with Chris Pratt and Bryce Dallas Howard. I'm equally as excited as I am sad. I grew up with these movies and probably have seen the original JP somewhere around 200+ times in my life. I'd go on dinosaur digs as a child just hoping I could become Dr. Grant. In every single yearbook where you fill in what you wanna be when you grow up I'd write paleontologist until of course I realized there was zero money in that. That was after I realized I just couldn't become a dinosaur myself. Next summer definitely marks the end of an era, I'm just hoping they do it right. No more trying to build a genetically modified monster dinosaur, just let the boys loose in the city and allow me to watch the chaos unfold. June 10, 2022 I'm so there.