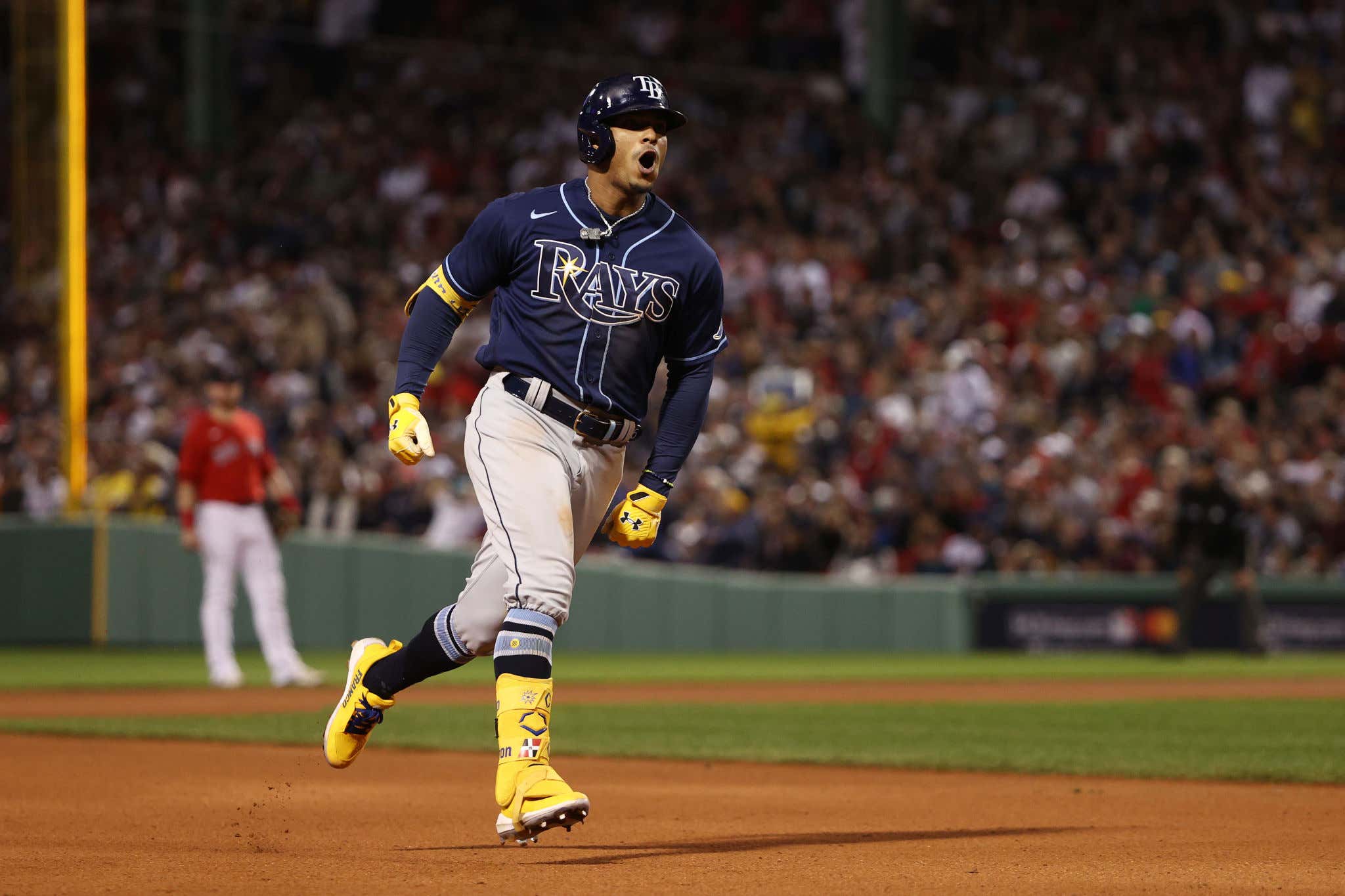 WOW. The Rays fucking did it. They actually locked up a young superstar instead of trading them away. 20 year old Wander Franco is locked in with the Rays for 11 years after inking a massive deal with Tampa.

There are two sides to this. Franco getting guaranteed wealth in his life at age 20 after playing 70 big league games vs. the Rays robbing him.

The initial, gut reaction is going to be what the hell is Wander Franco doing? Does he have the same agent as Acuna and Albies? This dude may very well be the best player in baseball in a few years. A guaranteed AAV of $16.5 million for the prime years of his career seems like an absolute steal for the Rays, and it definitely is. Wander is a monster, who had a fantastic rookie season for Tampa slashing .288/.347/.463 striking out just 37 times in 308 plate appearances. Whenever he comes up to the dish you're completely terrified as the opposing team. To have that presence at the plate already at age 20 is incredible and he's only going to get better, which is terrifying. 70 games may seem like nothing to give a dude a 11-12 year deal, but he's absolutely worth it.

Now the controversial part of this is why in the world would Wander take this deal? Well, he was under team control with Tampa for five more years. For the next two seasons he was going to make the league minimum before entering arbitration. The AAV from this deal will have him making much more than he would for the next four to five seasons.

Quick note: The one interesting part of this deal getting done now is that the CBA is set to expire in a little over a week's time. The years of service time were likely to change, making it even more inclined for Franco to not take this deal. I thought he would wait until those were set in stone, but I guess not.

Now where Wander really leaves money on the table is after those five seasons. The Rays will have themselves the biggest bargain maybe in sports for the final seven years of that contract when Franco enters his prime. You'll see the biggest names in the game making 30-40 million a year while he's coming in at less than 20. It's fucking TOUGH to tell a 20 year old to turn down $223 million before he's even old enough to buy a beer. I mean that dude is set up for life no matter which way you put it. He will not have to worry about money ever again. For the next two seasons he was making the league minimum, but not anymore. There are so many unknowns in life, you rarely know what's next. For Wander Franco he knows after playing half of an MLB season that he's going to make at least $182 million over the next 11 years. Are the Rays making out like kings here? Of course, but players just want that security at his age and it's hard to knock that. But yeah he's getting big time robbed.

In a perfect world Wander would have taken a deal until somewhere around his age 28 or 29 season. Then you're talking about really cashing in on two mega deals. I mean who knows what the state of baseball is in the future but you could have very well been looking at a $500 million deal assuming money keeps going up within the sport. Will he still get a deal at 33 years old? Sure, but nothing like what he could have had at 28 or 29. Will we be laughing at this deal when he's racking up MVP after MVP in a few seasons? Absolutely.

Wait a second, I've gotta watch Wander mash the Yankees for the next 12 years? What the fuck!

P.S. I just realized the Rays are gonna do that thing with Montreal in a few years where they split seasons between Tampa and Montreal. That to me should add at least another $100 mill to the deal.