You always forget how wild of a sport hockey is. You've got these grown men flying around a sheet of ice at crazy speeds wearing boots with razor blades attached to the bottom of them trying to physically assault their opponents all in the name of putting a little rubber disc into a net. Pretty intense when you put it that way. And it's also pretty incredible that there aren't as many serious injuries on a nightly basis.

Heck, you don't even need to get dummied in the corner or on the receiving end of a slewfoot from PK Subban to sustain a major injury out there. You could just be sitting on the bench as your jackass teammate takes a spill trying to hop the boards and you might end up with a Joker scar.

Bruuuuutal case of friendly fire. Cale Makar is top 20 in ice time this season. He's logging 24:04 TOI per game. He doesn't get a ton of time to kick back and catch his breath on the bench. And on the rare opportunity he has to grab a swig of water, he's taking a dropkick to the chiclets. Less than ideal, if you ask me. I guess it's a good thing he's not a little taller because a few more inches down and that would have been the jugular.

Bad news for the Ottawa Senators is that even though Cale Makar almost got his mouth kicked off of his face, he's still smooth as butter out there. Just look at this sick puppy go.

This is 5v5 hockey and look at how much space he opens up for himself to walk into that one. 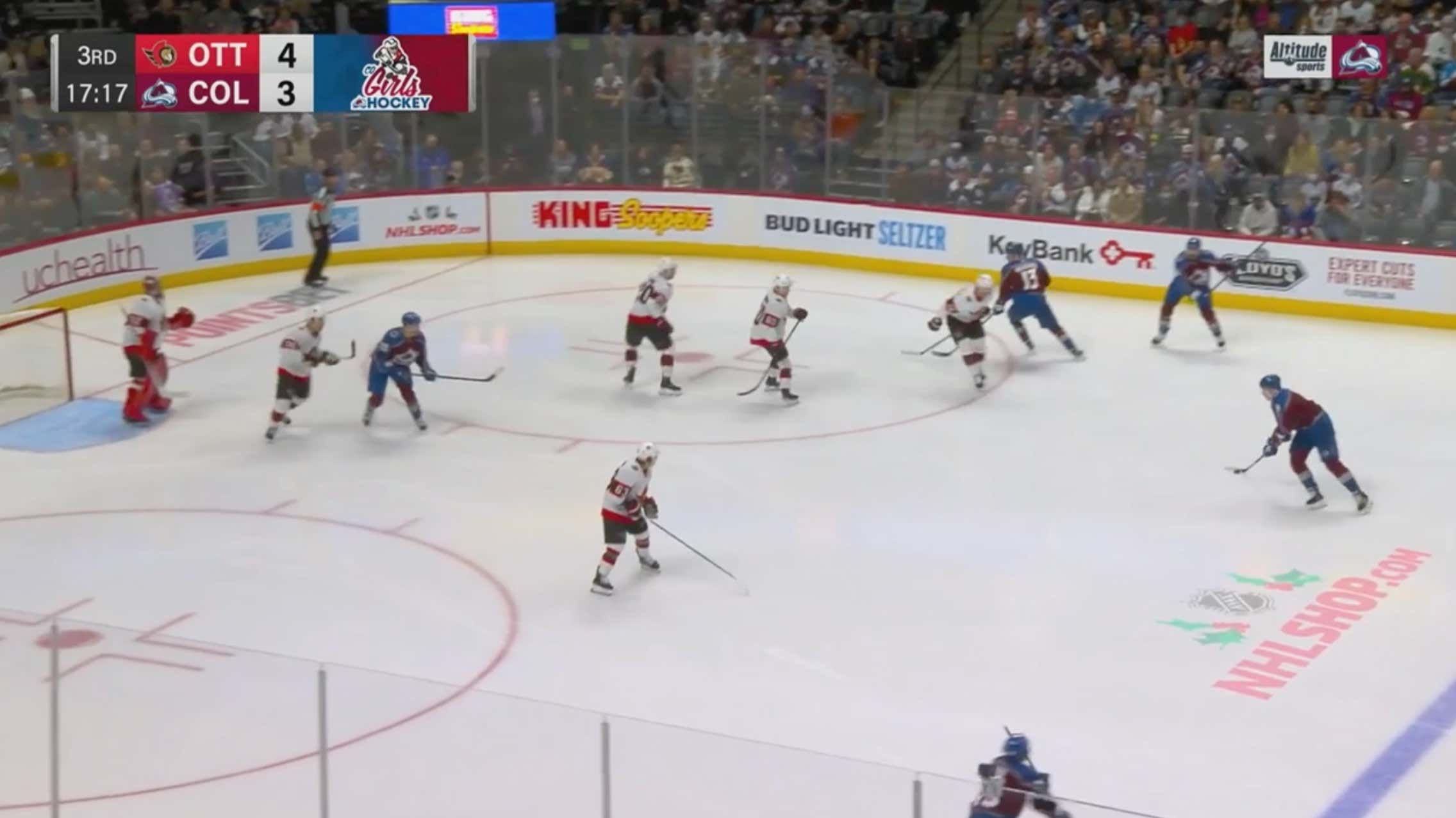 He got a nice little pick from Kadri. But that first little shoulder fake he sells when he touches the puck gets Austin Watson stop moving his feet and flip his hips back down towards the corner. Then Makar is just so shifty and so quick that he gives himself the entire top 3rd of the zone all to himself. 15 points in 13 games. Not too bad for a defenseman…