Drop the gloves. Pop off the helmet. Square up at center ice. Everybody knows they were already in for a spectacle. But a simultaneous double kill shot? What a moment in tilly history.

So I guess now we have to figure out who the winner is here. I think first instinct is to award buddy in white with the W since he's able to pop back up right away. His punch sent the fella in red straight back onto his ass. 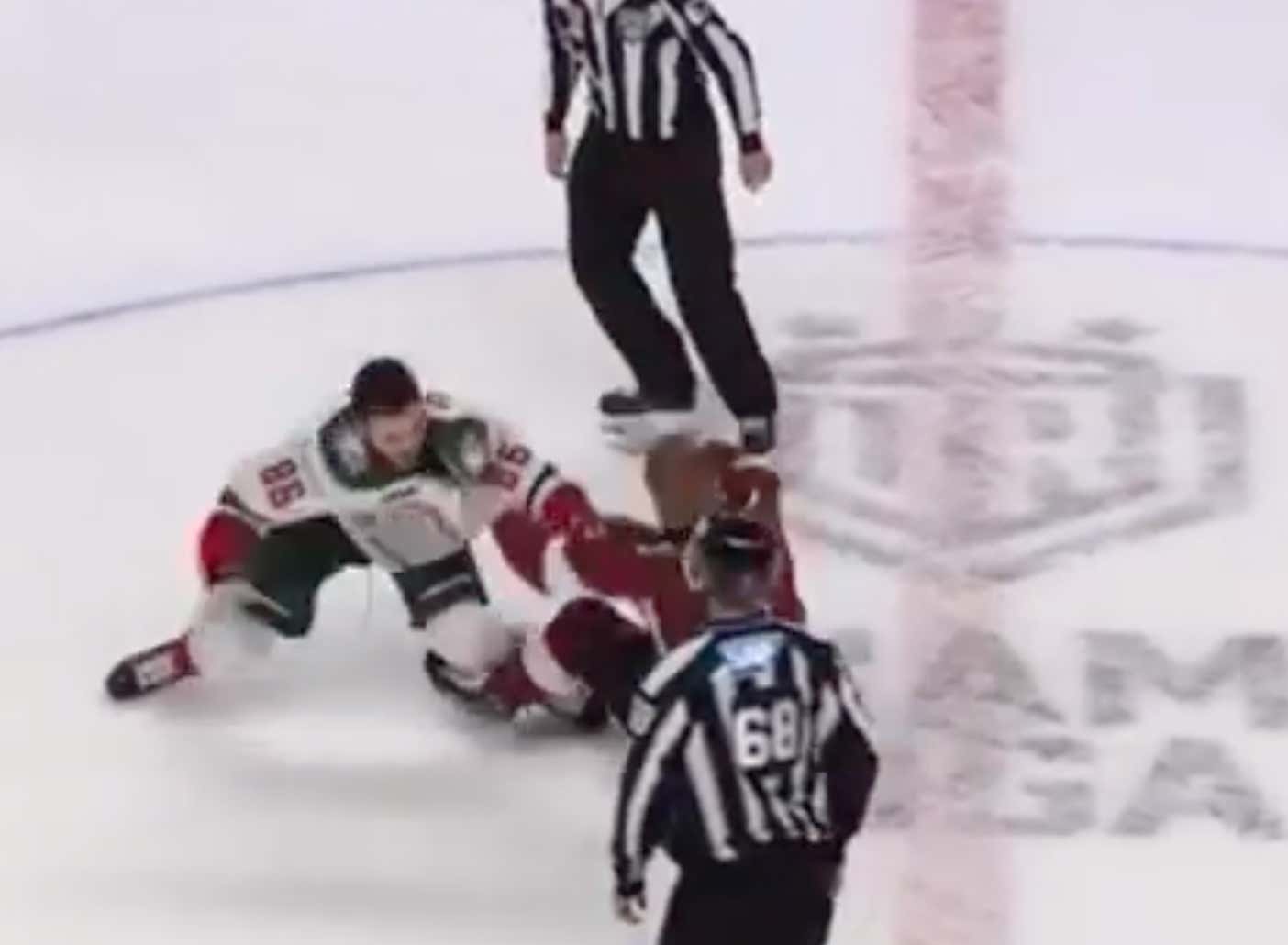 But the whole reason he ended up on top at the end there was because he got yanked that way by his jersey. White's punch knocked my guy in red backwards. But if you look closely at those legs, he was going full baby deer. He was buckled. Honestly that could have gotten a little dicey if he didn't get pulled on top of red because that was about to be a faceplant on the ice.

Pretty close call. You could go either way on this one. But the real winners here? The fans. It's not every day you get to see a simultaneous double TKO. This scrap and the one from Step Brothers are really the only ones that come to mind.