What the hell was that? I did NOT wait all day for someone to fart directly into my ear drum on Sunday night and make no mistake about it, that was a fart.

Now it's been a minute since I dabbled in fart law, but I believe the statute of whoever slided in supplied it still holds up in a court of law, which would lead us Cris Collinsworth being established as the prime suspect here.

Does this look like the face of a man holding in a little extra wind between his skinny cheeks after going for seconds of the shrimp cocktail at the fancy SoFi Stadium buffet? 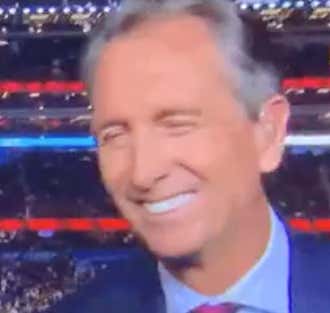 I don't think I can let Al Michaels off the hook because he strikes me as someone that will pass gas whenever he wants because he's an older guy that doesn't give a damn, likely loads up on fiber, and believes you should be honored to smell his brand since he is a living legend that probably believes his flatulence smells like a Malibu Bay Breeze thanks to the life of leisure he lives in sunny California. I mean the man called the Miracle On Ice for Christ sake!

Or, if you go back to the game film like any true tape grinder like myself, you will realize that the fart flies out as soon as the Steelers center pointed, which kinda makes perfect sense that a unit let a fart leak out while stretching out his body. That's not fat guy shaming either since a Fat is making this accusation. 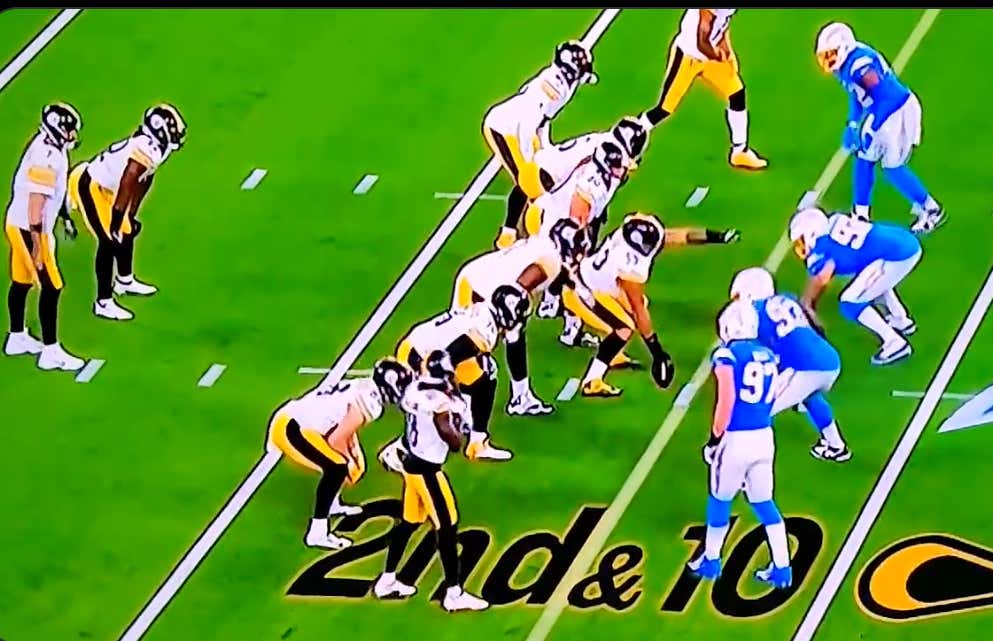 The tape don't lie and the tape says that the Steelers center is the one at fault here, at least until I can get my hands on the All 22 film. Big Ben could be a suspect as well, but something tells me that fart was far too meek to come from his ass fresh off the COVID list. Luckily Big Ben strikes me as a big fan of smelling farts, both his own or anyone else's, so I don't think he's gonna mind his center letting one loose.

#Fartgate Status: Resolved, pending any objections from the defendant

UPDATE: I was just kidding about the Pounceys! It was definitely not them!

It must have been :looks up number 53 on Pittsburgh in my handy Steelers media guide: Kendrick Green! If the Barstool Sportsbook had odds on this, which to be honest they should if they want to have the true essence of Barstool, Green would be my favorite followed by Al because he definitely doesn't give a fuck.