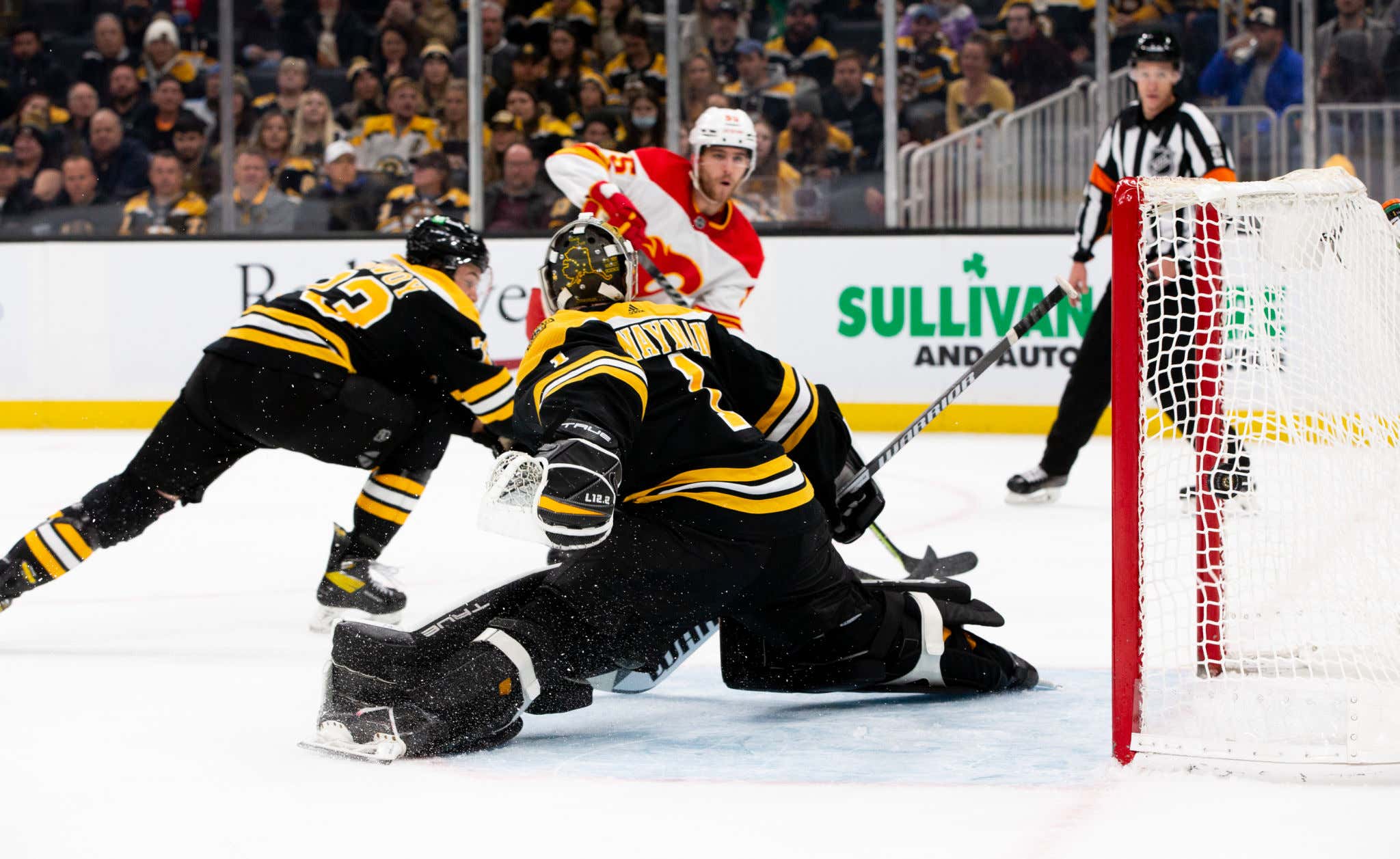 One team showed up tonight and hint: it wasn't the Boston Bruins…

Johnny Gaudreau opened the scoring just 1:29 into the game. 1-0 Calgary.

Noah Hanafin buried a rebound from a long shot from Matthew Tkachuk to give the Flames the 2-0 lead with 6:09 in the second.

The Flames stuck the dagger in the Bruins with a shorthanded goal in the 3rd. Flames had a 2-on-0 breakaway but Jeremy Swayman made the initial few saves, but the Mangiapane buried the third.

- Just a brutal effort tonight from the B's. I know they were on the second night of a back to back, but so were the Flames. No energy. No execution. Sloppy all around. Entire team of passengers tonight.

- Still haven't seen the B's show up against a really good opponent yet this year. They had a 3-2 lead against EDM sure, but still would like to see them have some jump from the start against the tougher teams in the league. Flames are legit. Relentless in all three zones.

- Former Bruin Dan Vladar got the start in net for Calgary, shutting out the Bruins by making 27 saves. His 2nd career shutout. Flames lead the league with 7! shut outs this year.

- Tough night for Jeremy Swayman. Couple of bad rebounds leading to goals and then the 4th goal was a killer. Shouldn't have gotten through. Can't pin tonight's loss on him though. Hopefully he can rebound on Wednesday.

B's back at it on Wednesday night in Buffalo against the Sabres. Time to get right.

Watch the tape, burn the tape. We're on to Buffalo.