CNBC - Ken Griffin, billionaire CEO of hedge fund Citadel, paid $43.2 million for a first-edition copy of the U.S. Constitution at a Sotheby’s auction on Thursday, outbidding a group of cryptocurrency investors.

The amount more than doubles its $20 million high estimate, setting a world auction record for any book, manuscript, historical document, or printed text, according to Sotheby’s.

A band of more than 17,000 crypto enthusiasts, identified as ConstitionDAO, had crowdfunded more than $40 million via social media earlier this week in a bid to win the auction. Sotheby’s said it was the largest crowdfunding initiative ever put together.

Oh this motherfucker Ken Griffin again? Man. I hate to say this but I think I respect how badly he wants to the be the internet's biggest villain. In case you need a refresher on his name, he is also responsible (allegedly) for the Robinhood/AMC/GME fiasco that fucked over a ton of retail investors. He placed that call to Vlad to shut down trading, I'm sure of it. And Steve Cohen isn't off the hook either, for what it's worth. And now Ken Griffin has swooped in and outbid a group of crypto investors, the same people who bought Wu Tang's album

I will say this though- $43 million for an original copy of the US Constitution seems like a steal. That's a hell of a deal, all things considered. One of the most important documents ever written for a smooth $43 million? Much better price than what people pay for that GOD DAMN BLUE PAINTING WITH THE LINE DOWN THE MIDDLE. 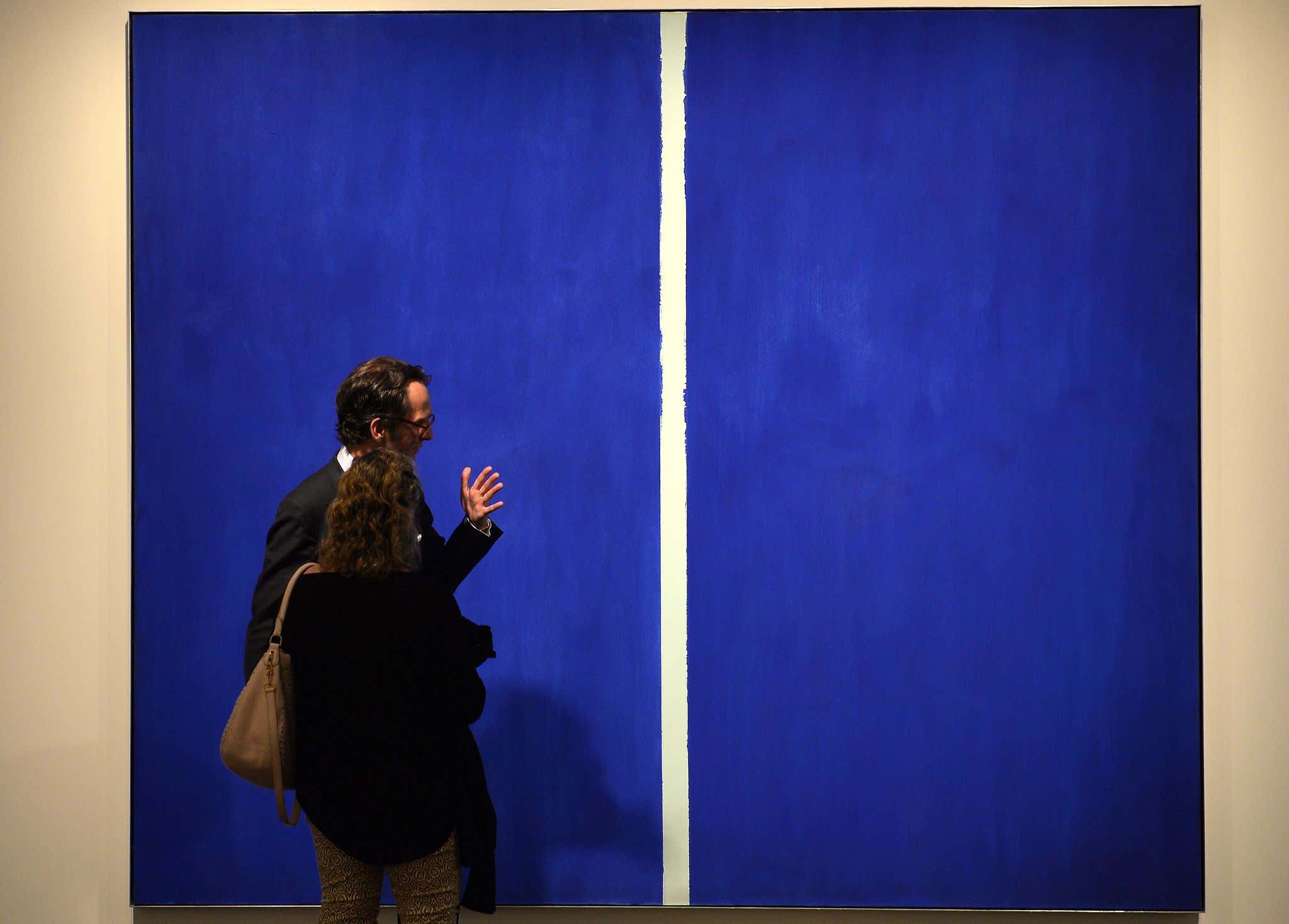 That dumb piece of shit painting sold for $44 million and it looks like something I could do with a can of paint and a roll of tape. I however could not write the Constitution. So credit to Ken for recognizing that.

Griffin intends to lend the piece to a free Arkansas art museum, a Citadel spokesperson said.

Oh good. An Arkansas art museum, just to make sure literally nobody sees it. Fuckin' Griffin. He's about 3 years away from sharks with laser beams attached to their heads.

PS: Declaration of Independence shits all over the Constitution when it comes to documents worth owning.