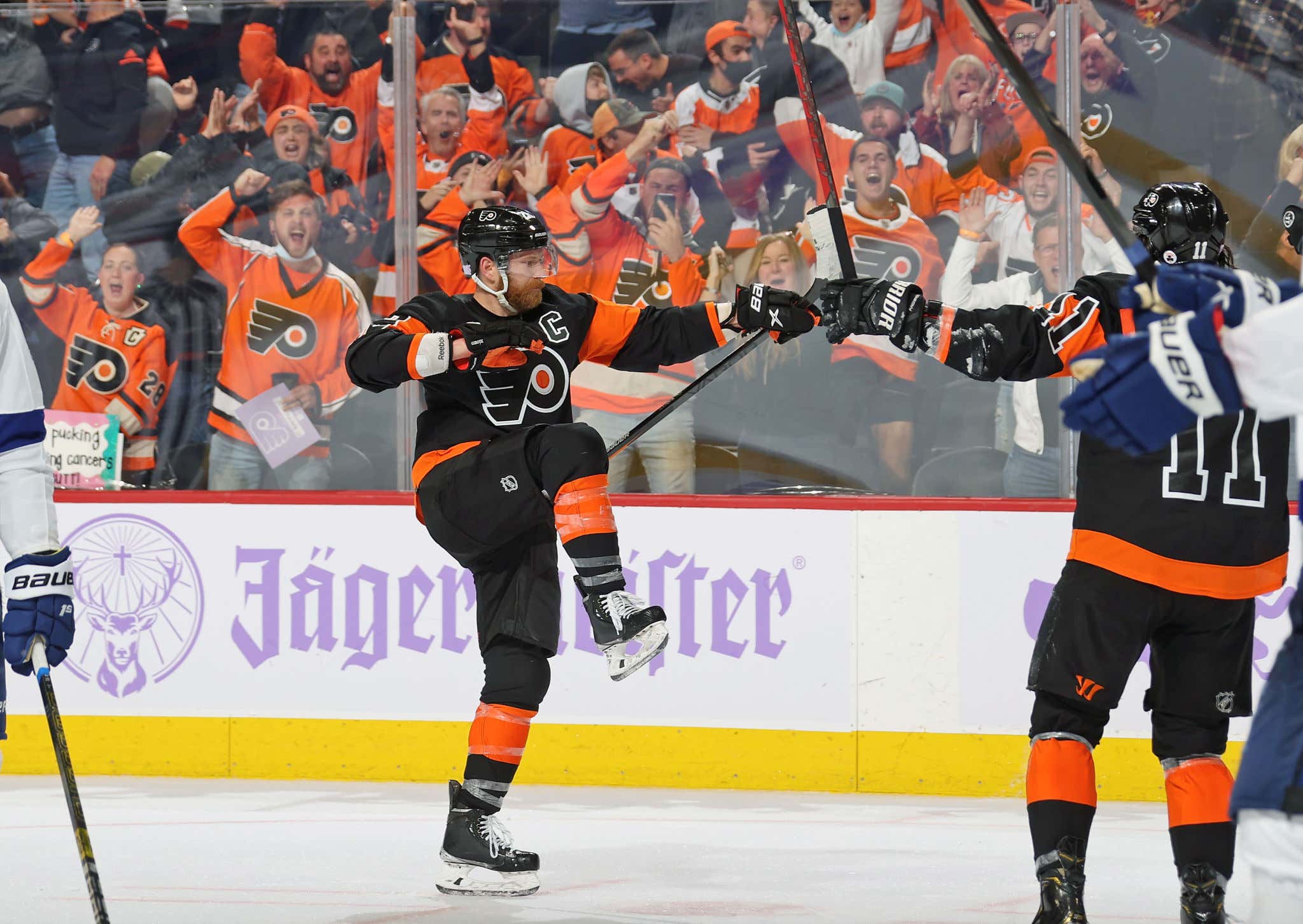 There are 31 teams around the league right now who are going to bed every night praying that they wake up in the morning to the news that Claude Giroux has signed his next contract. Because as it stands right now, Captain Claude is in the final season of an 8-year deal. And if there's anything we've been able to gather during the first 15 games of this season, it's that Contract Season Claude is an absolute menace.

That's Andrei Vasilevskiy between the pipes for the Lightning. Perhaps you've heard of him before. He's a 2x Stanley Cup Champion. A Conn Smythe Trophy winner. He also has a Vezina Trophy to his name as well.

And Claude Giroux just made him look like a fool. He basically pulled his little dick out in front of everyone and jerked him off until nothing came out because he is a boy.

It wasn't the first time that Claude Giroux made a power move around a Lightning defenseman and then put Vasilevskiy in a blender before putting one behind him, either.

And it probably won't be the last. Because Claude Giroux is one sick puppy who lives to remind everybody that they are idiots for doubting that he's a superstar in this league. He lives to prove how moronic Hockey Canada would be to leave him off another Olympic roster. You want to talk about a guy who can clutch up and give you a big time goal in a big time moment? Let's just go right back to last night.

Flyers let up a 2-goal lead, look like they aren't even going to salvage a point out of that one. And then Claude somehow puts this puck on a string through 6 different players and goes right past the blocker of Vasilevskiy. All in Stamkos' face, too. Dirty dirty dog.

7 goals and 7 assists in 15 games so far this year. I know it's tough to get pumped about a point per game when you've got guys like Draisaitl and McDavid operating at 2 points per game. But Contract Season Claude is on a mission this year. Buckle up.

Sidenote: Yes, the Flyers lost in a shootout the same way they lose pretty much any game they've ever played that has gone to a shootout. But the 3v3 overtime between these two games was insane. No whistles, just vibes.