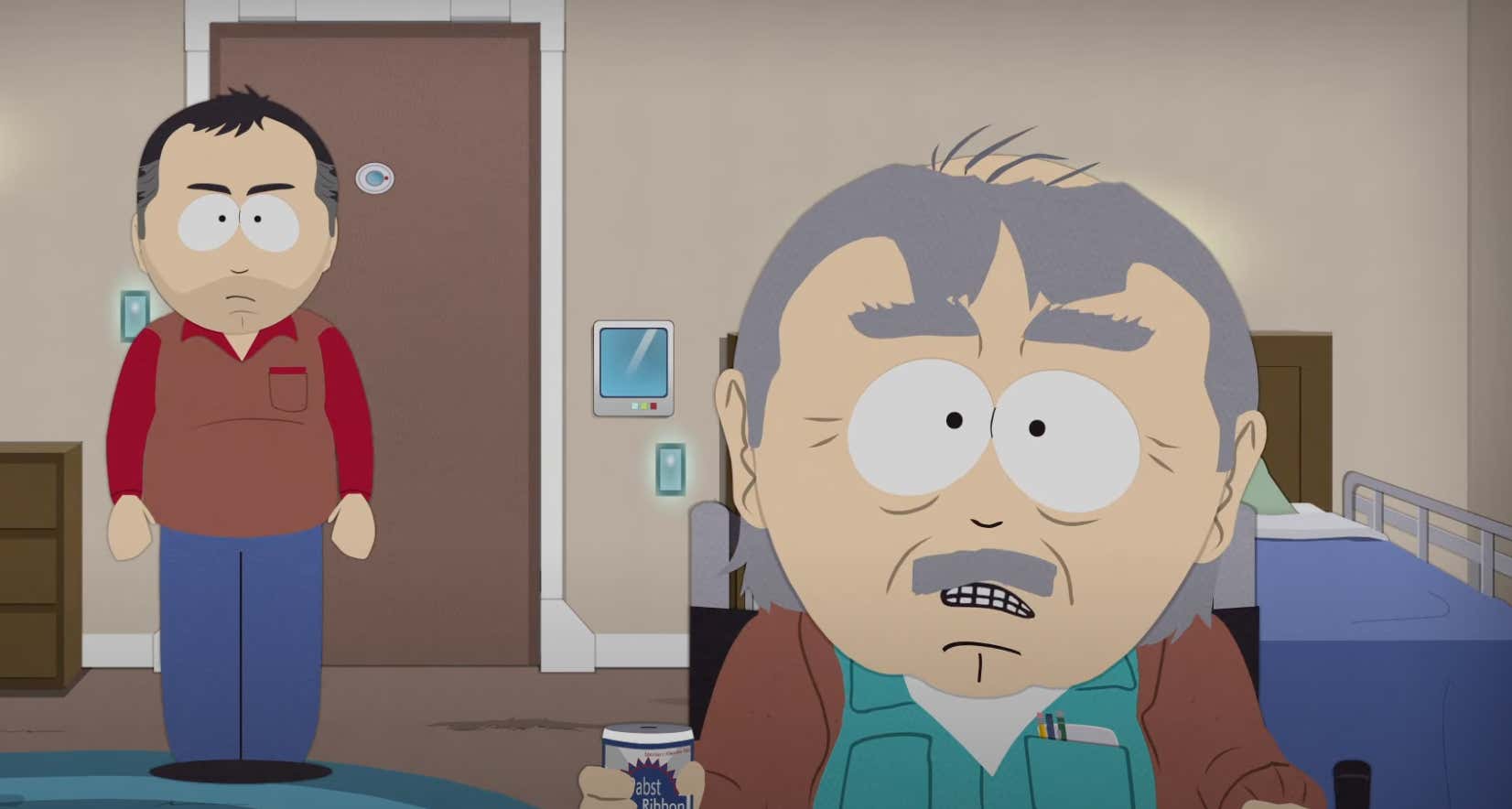 Kyle's a counselor. Stan is still annoyed by Randy. And I cannot fucking wait to see Cartman. More…

ScreenRant - Today, Paramount+ revealed a first look at their upcoming event South Park: Post COVID, which is one of the 14 South Park projects they're developing. On Thanksgiving Day (November 25, 2021), the special will premiere in the U.S., the Nordics, Latin America, Australia, and Canada. The special will explore the future lives of the kids who grew up during the ongoing COVID-19 pandemic, seeing where Stan, Kyle, Cartman, and Kenny find themselves as adults.

This teaser shows that even after 23 seasons of South Park, the creators are willing to experiment and push the show past its edges. Even though the show has plenty of material to explore in its main timeline, there is even more to plumb when it's taken to the future. This teaser has given audiences a glimpse of just a few of the grown-up characters who will be featured in the special (including Stan's father Randy), but it is certain that they will pack every minute with as many cameos as they can manage.

Love it. When they announced a 14 movie, $900 million deal, the number one question was "how are they going to make 14 god damn movies???"

And the answer is clear: Evolve. You can't keep them in 4th grade forever. So now it looks like we will get to see the boys all grown up, but more than likely up to their same ol' shit. A senile, geriatric Randy? Yes place. And again, no clue what the plan for Cartman is, but I assume he stormed the Capitol on January 6th. Remember when he literally became Hitler? South Park legitimately was never scared to go anywhere. In the recent seasons they've been hit or miss, but the formula still remains the same and when Trey and Matt are on their A-Game, there's few better.

So obviously I cannot wait for this movie to drop next week. And yes, I still think about my trip to Casa Bonita every day. One day I'll be back. One day.