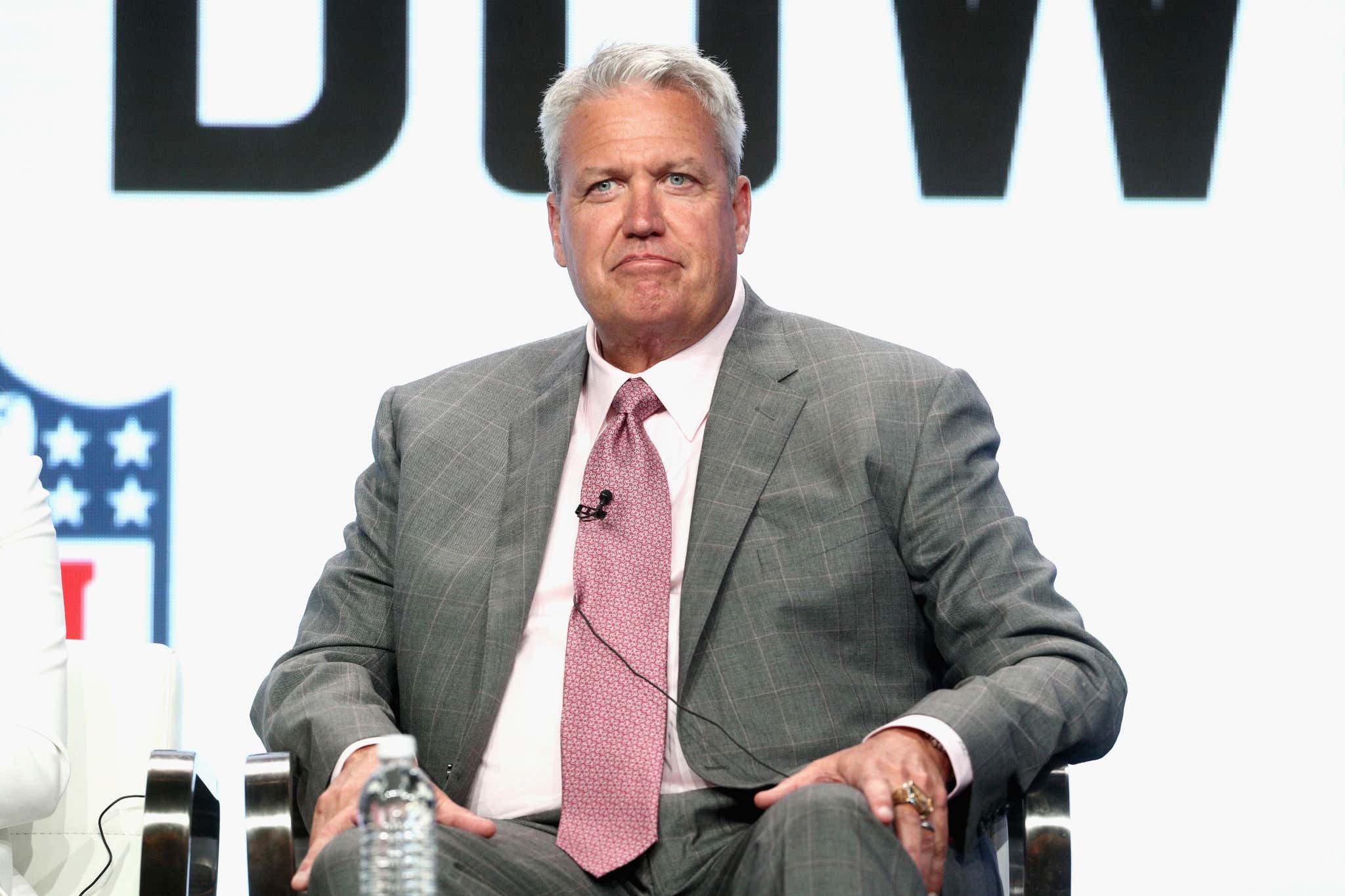 … Rex Ryan truly is a gift that keeps on giving.

If tooling on the Jets is your brew of choice, he keeps your cup fresh and hot with unlimited refills. Even though we're … what? Seven years removed from the last time he coached them? And even though he coached the Bills for two seasons after that, he still feels like the face of the Jets franchise. You'll probably win a bar bet asking someone to name the guys who preceded and followed him in New York. But no one forgets his legendary reign there.

So when Rex weighed in on the state of the njys and their current hc Robert Saleh with this colossal bit of deep, dark shade:

“This is a horrendous defense,” Ryan said on the DiPietro and Rothenberg show. “This guy is supposed to be a defensive guru. I heard everything, and I take it personal on this one. Everything I heard was about ‘Well, this guy is a lot like myself but without the bad part.’ Yeah? Well, some of the bad part you need because this team doesn’t play with any damn heart. That’s the thing that’s disappointing to me. Don’t ever compare this guy to me, this Robert Saleh to me.”

… it was more than welcome. Like hearing the delivery truck shift into Park outside your house and finding a package you didn't expect sitting on your porch. I mean, it's simply unheard of for a former coach now in the media to put his successor on blast with his phasers set to Kill like this. Absolutely unheard of. Try to imagine Tony Dungy or Bill Cowher having at someone like this. You can't. Which is what sets Ryan apart from all the others and puts the Sexy in Rexy.

And were this any other franchise, it would die there. The coach in question would be asked to respond and offer some platitude about ignoring the noise, only worrying about what the guys in that building think, and sticking togetherly with hard workishness to achieve successism, one game at a timeably.

But this is the Goddamn Jets. So not only did Saleh keep the fight going by saying, “I’ve never met Rex. I’ve never had a conversation with Rex. I don’t even know him, except for people who know him throughout the league. Obviously, if it’s that personal for him, he knows where to find me.” Now Saleh's brother has taken off the glove and slapped Rex across the jowls with it:

Absolutely diabolical. I can see a guy sticking up for his own kin, but that one draws blood. David just landing the one-two punch combo of a foot fetish joke and a fat joke in one Tweet? Talk about hitting a man where he lives!

Not that Rex even minds, probably. When a dime like Mrs. Ryan has an appreciation not only for your appreciation for her feet, but for portly gentlemen, who's really getting the last laugh?

But still, for all the viciousness of David Saleh's attack, you have to admire it. There is a proud tradition in the WWE of brother Tag Teams. From the Von Erichs to the Wild Samoans to Cody Rhodes and Goldust. There's just something about going into battle side-by-side with your own family and blood that is more satisfying than with just a friend or teammate. As Springsteen once put it, "Nothing feels better than blood on blood." And in this case, the Saleh Brothers were like one of those brother teams taking on Andre the Giant or someone. That's just how large Rex looms in the Jets coaching pantheon.

All the rest of us can do is sit back, wait for Ryan to respond and watch the bad blood flow. This is just the latest reason why there will always need to be a New York Jets.