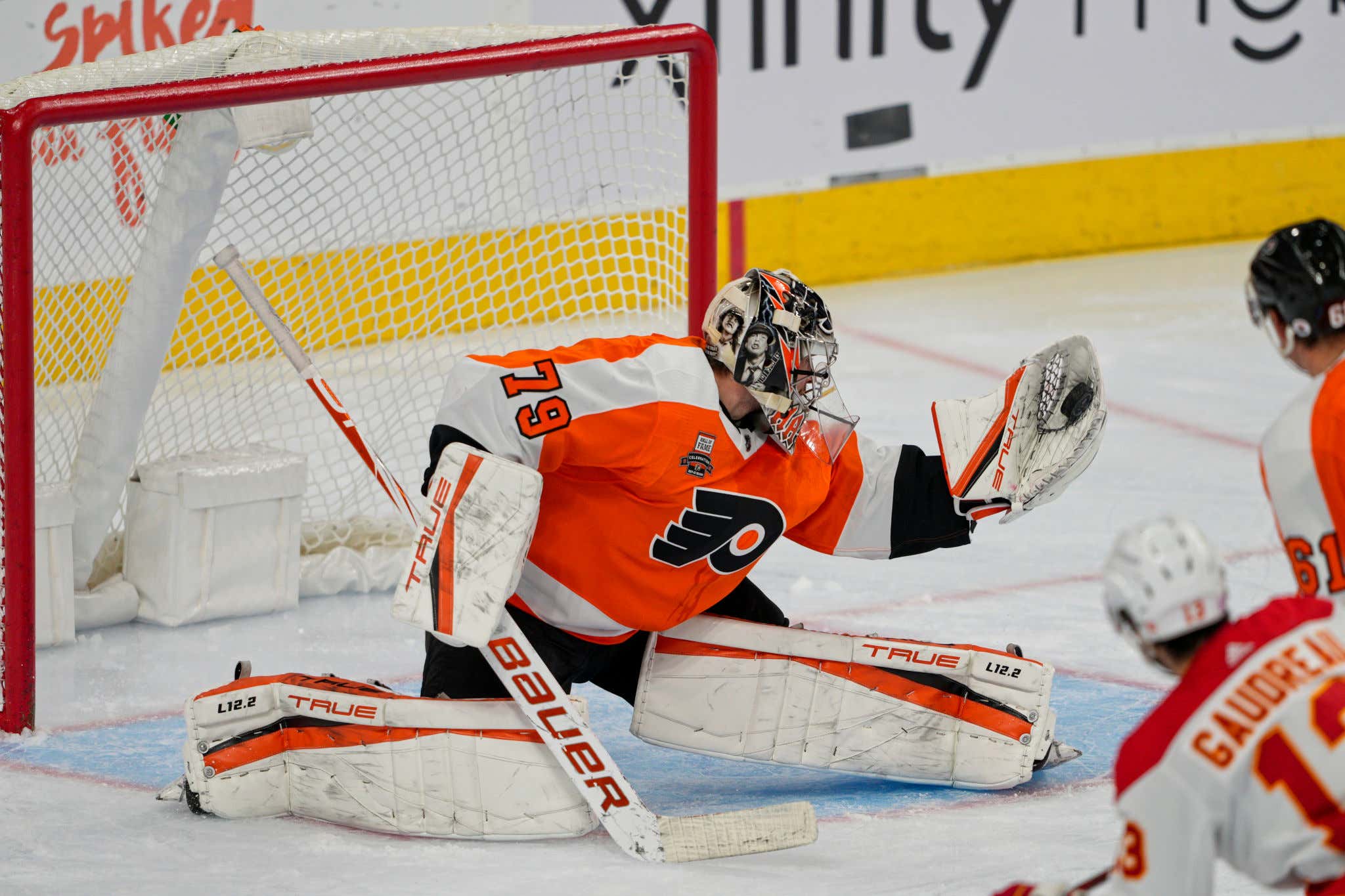 The longer you're alive the more you realize that this world is filled with a bunch of moronic imbeciles. Just some truly idiotic bozos whose brains are as smooth as some perfectly kneaded dough. And last year, a plethora of those morons all declared that Carter Hart was a bust after having just one (1) bad season in the NHL as a 22-year-old starting goaltender.

Nevermind the fact that it takes most goalies years of development before they even make it to the NHL, and then years from there to really find their groove in the best league on the planet. These fools were ready to just cast off Carter Hart as yet another "TyPiCaL fLyErS gOaLiE" after one bad season in a year which was unlike any other season played in NHL history as far as training is concerned. You know, because of the whole global pandemic and everything.

Now we also live in this hot take era of humanity. A moment in time where people don't necessarily care about being right, they just want to be the first and the loudest. They wanted to definitively declare Carter Hart a bust after one season because then they could say "ha! Look! I told you so!" if he wasn't able to eventually turn it around. But you can consider Carter Hart to be giant shoes and a red nose, because he has all these idiots looking like clowns now.

This sick bastard currently has the 7th best sv% in the league with a .935 (Jack Campbell leads the league right now with a .943). Also he should technically be considered 6th in the league considering MacKenzie Blackwood is right above him but has only played 4 games this year. What makes that number even more impressive for Carter Hart is the fact that the Flyers are giving up the 6th most shots against per game in the league at 33.6 shots against per game. So he's just getting pummeled with shots every time he's in net and every night he's doing something spectacular to give the Flyers a chance to stay in those games.

Take last night's game against Calgary for example. The Flyers played like absolute dog shit in the 1st period. Squandered 3 powerplay chances with nothing to show for it. Granted, it was a goaltender duel for the ages. Jacob Markstrom is easily an early season Vezina candidate. He was playing out of his mind all night. Carter was playing out of his mind all night. The only shot that got by him in the 27 that he faced took a circus deflection through Sean Couturier's legs. The only shot in regulation that got by Jacob Markstrom was obviously very emotional from Kevin Hayes, but let's not act like this circus bounce right back to him after the intended pass didn't totally throw off Markstrom.

An incredible goalie battle between two of the best in the league so far this season, and Carter Hart came out on top. But sure, he's a bust and can never be the guy in Philly because he had a shitty year as a 22-year-old.

Carter Hart is back. And there ain't dick anybody can do about it besides sit back and enjoy the show.