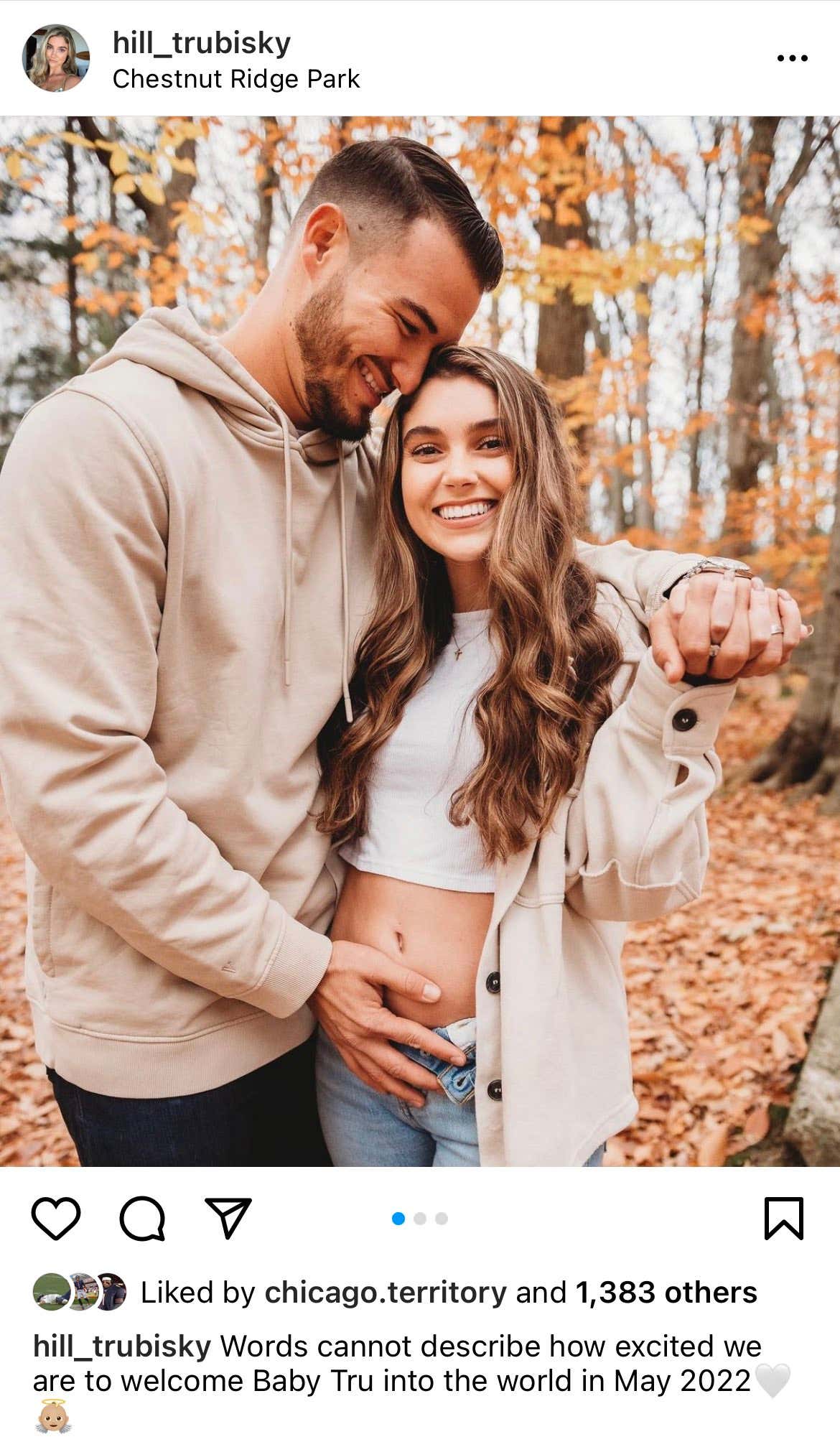 I would post more of this gif but I have to manually crop each one and it's marginally tedious so just assume that train rolls for another 6-7 good full swipes. Just pure unadulterated, unbridled, impassioned joy and bliss. Say what you want about his time under Matt Nagy but there's no denying his ability to quarterback a family. You saw the way he faced the public after unceremoniously losing his starting job to Nick Foles. You know the integrity and mental fortitude under the helmet. There's no doubting the size of the heart his shoulder pads protect every day he steps onto that field. Say what you want but I'd trade up to have Mitch raise a baby.

In other news, I've enjoyed watching the history books go to work since Mitch left town. Matt Nagy's incompetence has swung the pendulum so drastically that a lot of people are erasing forgone conclusions about #10's tenure. Now those same pointed fingers are playfully shifted to finger pistols as it becomes painfully obvious just how much Matt Nagy sucks.

Good for Mitch. Good for the Bears at some point if they do anything about it. And most importantly Congratulations to the Trubisky's.

Girl names (not a strong suit) of mine:

What would you name your baby if you were Mitch? Tell me on twitter then go subscribe to our shit: