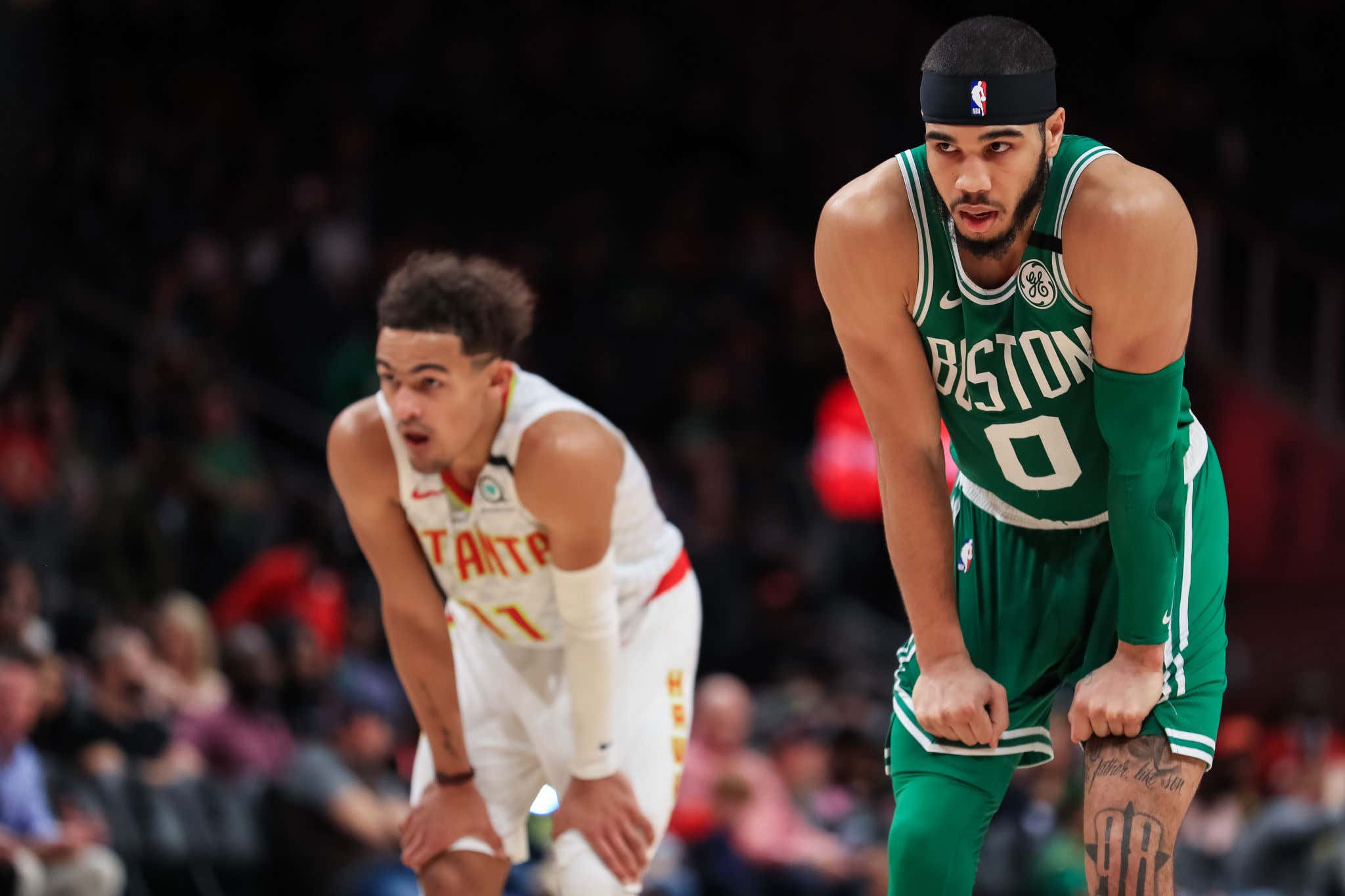 Both the Celtics and the Hawks are desperately trying to turn around their seasons. The Celts started 2-5 and looked like utter dogshit on both ends of the floor, and the Hawks were a tough 4-9 and had a stretch where they lost 8 of 9 despite having pretty good health and all those expectations coming off their postseason run last year. More recently, both have showed signs of turning things around. The Celts have won 5 of their last 7 and the Hawks put up 120 in back to back games heading into tonight. My guess is in a few months neither of these teams will resemble what we saw to start the year.

That's what makes tonight such an important game for both sides really. They both need any and all wins they can get. Health wise we know for sure that De'Andre Hunter and Jaylen Brown/Rob Williams won't play. Bogdanovic/Huerter are questionable, but regardless of who is active, it's very important that the Celts avoid one of their biggest traps which to me is underestimating an opponent. The Hawks may be 6-9 (nice, but not so nice), but they are 5-1 in their own building. If you want to give credit to the Celts for showing signs of life since the Florida trip, you also have to acknowledge what the Hawks have done over that same time period.

Obviously, the Celts guard defense is a little different. There's no more Kemba Walker to be picked on. Smart is back to defending at an All NBA level. Schroder has his issues, but isn't exactly a disaster on that end. They have solid defenders that can hold their own in the even there's a switch. Add in the fact that the team seems to be figuring out Ime's scheme over the last two weeks and there's reason to be hopeful when it comes to that end of the floor.

But there's also one area of concern that for my money is one of the biggest deciding factors for how this game might go, and that's limiting the Hawks in P&R. It doesn't matter if it's the ball handler offense or the roll man offense, the Hawks are pretty elite in both areas.

As nails as the Celts defense has been this month, there's no denying that when it comes to P&R defense, there is still a lot to be desired. I do have a decent level of concern with this, especially if Rob doesn't play. As awesome as Horford has been guarding smaller/quicker players, any sort of switch with Horford on Young is most likely going to be a disaster. John Collins is about as elite a rim runner/lob threat as you'll find at his position. He ranks in the 98th percentile as a roll man, averages 1.52 points per possession and shoots 75.5% in those situations. Add in that 24% of his offensive possessions end in him rolling to the basket, that's a pretty big deal. They run a similar frequency for Capela (24.5%) and he's solid as well with 1.18 PPP, 63% shooting and ranking in the 63rd percentile.

In terms of ball handler offense, Young ranks in the 88th percentile, averages 1.07 PPP, and shoots 51.4% out of the P&R. Considering 57% of his offensive possessions end in that set, you can see that the Celts have their work cut out for themselves tonight. Add in the fact that the Hawks currently own the 6th best team 3P% and it all starts to make sense as to why their offense has been so good over the last two weeks.

Where the Hawks struggle (defensively) might be great, but then you remember that the Celts still look pretty terrible offensively. As awesome as their defense has looked these last 7 games, they are still just 21st in offense. Maybe facing a team that struggles to stop anyone will help them get out of their slump, but to do that that the Celts are going to have to make sure to not fall into bad habits and continue to find ways for more efficient 2pt looks. The Hawks on the other end are going to do just that with their P&R offense, and that's how we could see get into trouble. Inability to stop P&R/highly efficient looks on one end, and then settle for tough looks on the other that we know they won't make. Add in the home momentum factor and that's how blowouts happen. Remember, they're coming off a 20 point and 18 point win in their own building so there's no reason to think that trend won't continue if the Celts don't play the right way.

It's also important to mention that when you're talking about these two teams, H2H matchups are important no matter when they happen during the year. Seeding is shaping up to be just as close as it was last year, so all of these games matter. With both sides being extremely motivated to save their season, we should be in for a good one tonight. The Celts have been unable to get over the .500 hump in their few opportunities so far, and tonight would be a great time to start.