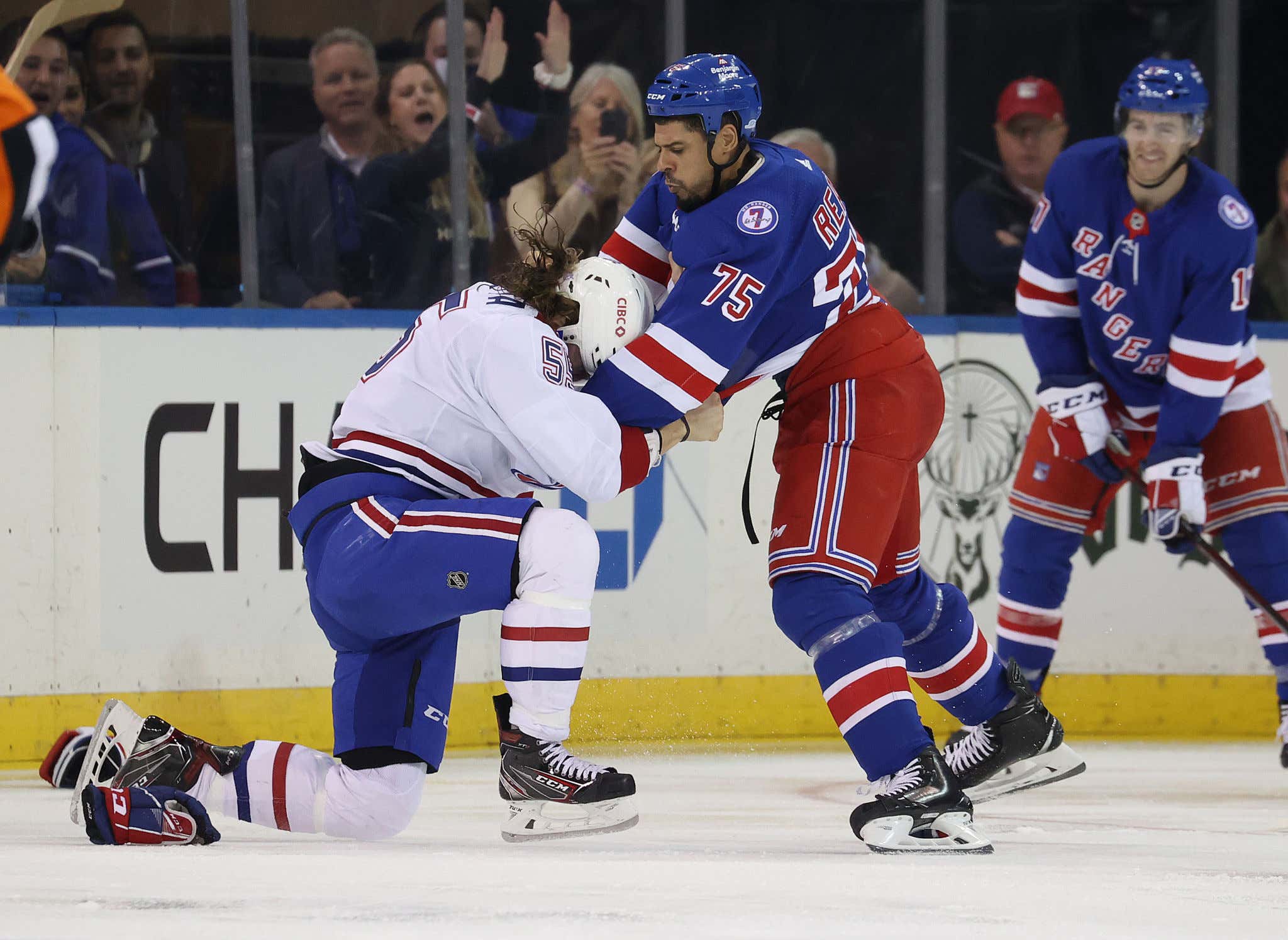 First up, I just want everyone to look at the shit eating grin on Kevin Rooney's face in the background here as he watches all this carnage unfold.

Second up, humans have been on this Earth for thousands of years. And for thousands of years, we've been a bunch of big dumb idiots who make some serious mistakes. Sometimes those mistakes work out in the end and change the course of human history forever. Like that dumbass Christopher Columbus who clearly didn't listen to his GPS, got lost as shit and then ended up in America.

But sometimes those mistakes are just total blunders. Mistakes that fuck up entire civilizations. Or mistakes that just result in Michael Pezzetta's skull getting caved in by Ryan Reaves.

"Who is Michael Pezzetta?", you might be asking yourself right now.

Ryan Reaves was asking himself the same question as he was squaring him up. Turns out it didn't matter.

I took a look at his page on HockeyFights.com. He's had a few tilts against guys like Kurtis Gabriel, Rich Clune and Tom Sestito. But the thing about all of those guys is…well…they're not Ryan Reaves. A lesson he regretfully learned about 7 seconds too late. I mean good on the guy for stepping up there and going for it. Not sure if a tie game 4 minutes into the 2nd period is the right time to try to make a name for yourself. Especially since that fight clearly fired up the Rangers bench and they scored 30 seconds later. But I mean…good for having the courage to get your ass kicked, I suppose.

Either way, I think we all learned a valuable lesson last night. If you fight Ryan Reaves, you're gonna have a bad time. So maybe just stick to sucker punching guys like Barclay Goodrow instead.