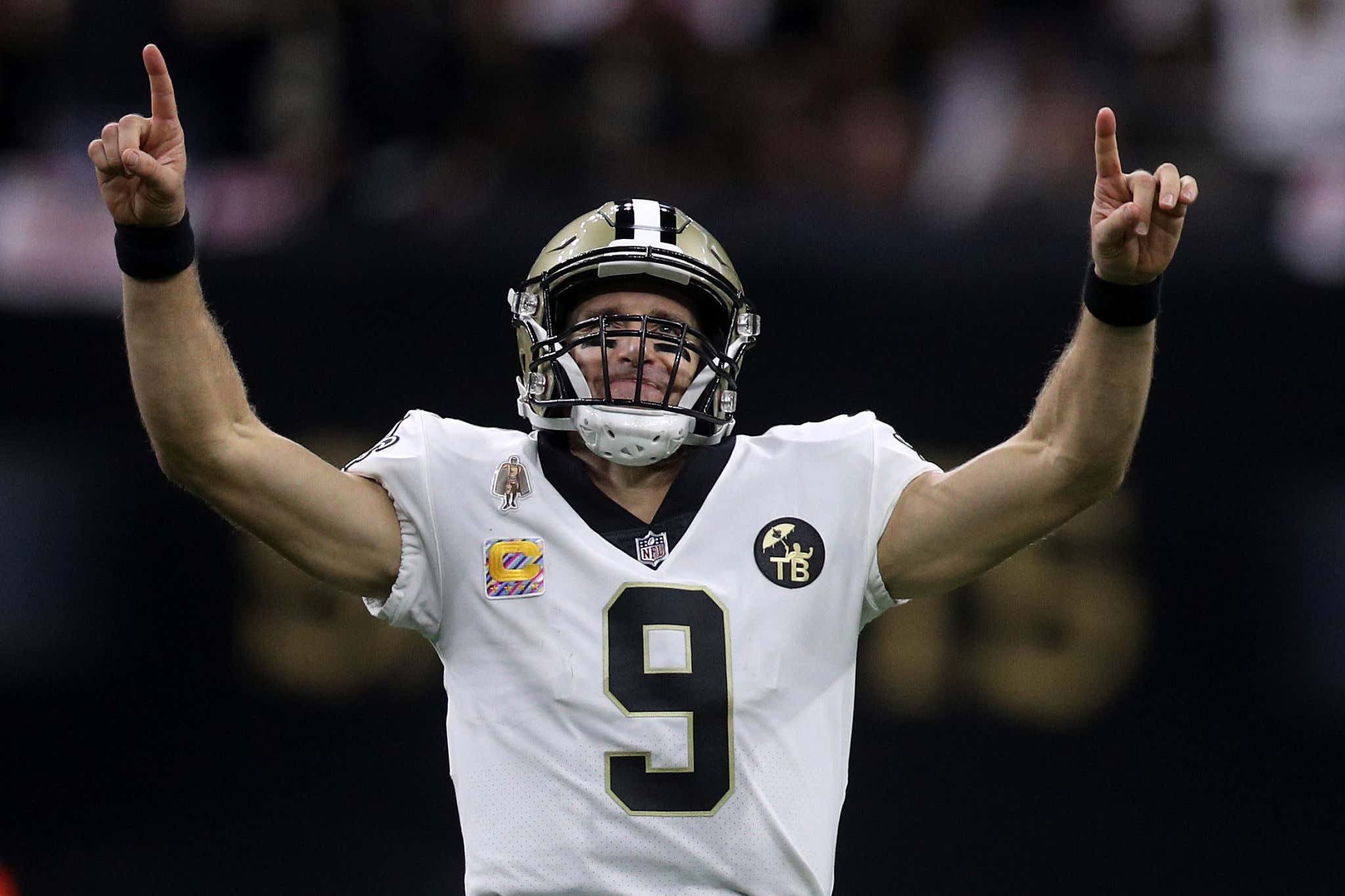 NOLA — Artist heartbroken after her painting is blotted out by Drew Brees fan — Heather Mattingly was shocked when a man began blotting out her new mural on a utility box at Canal Street and Carrollton Avenue on Monday. She pleaded with the stranger to spare her buoyant painting of a purple New Orleans-style shotgun house surrounded by colorful foliage, she said, but the man was determined.

I'm not proud of how hard I laughed at this story's headline and the ensuing photos. 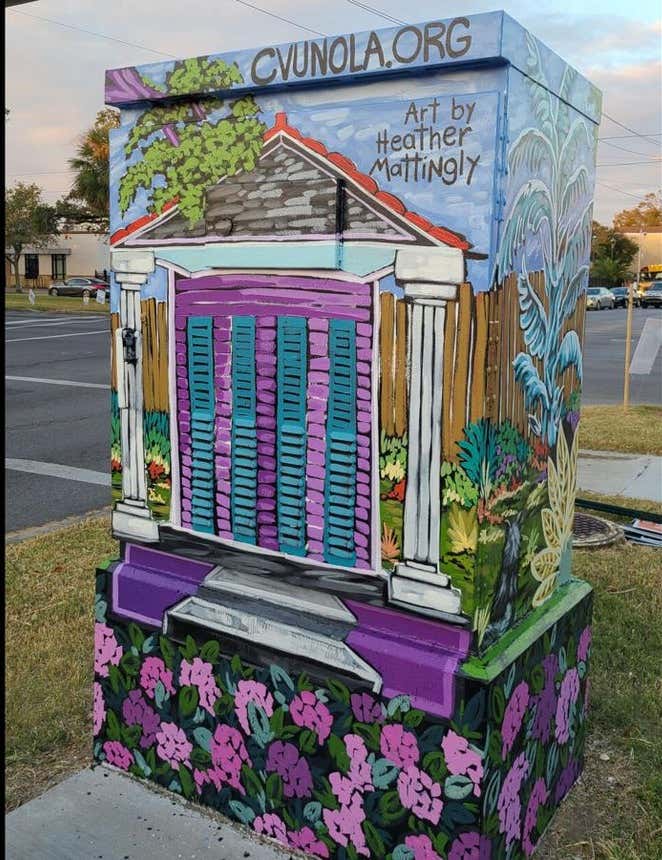 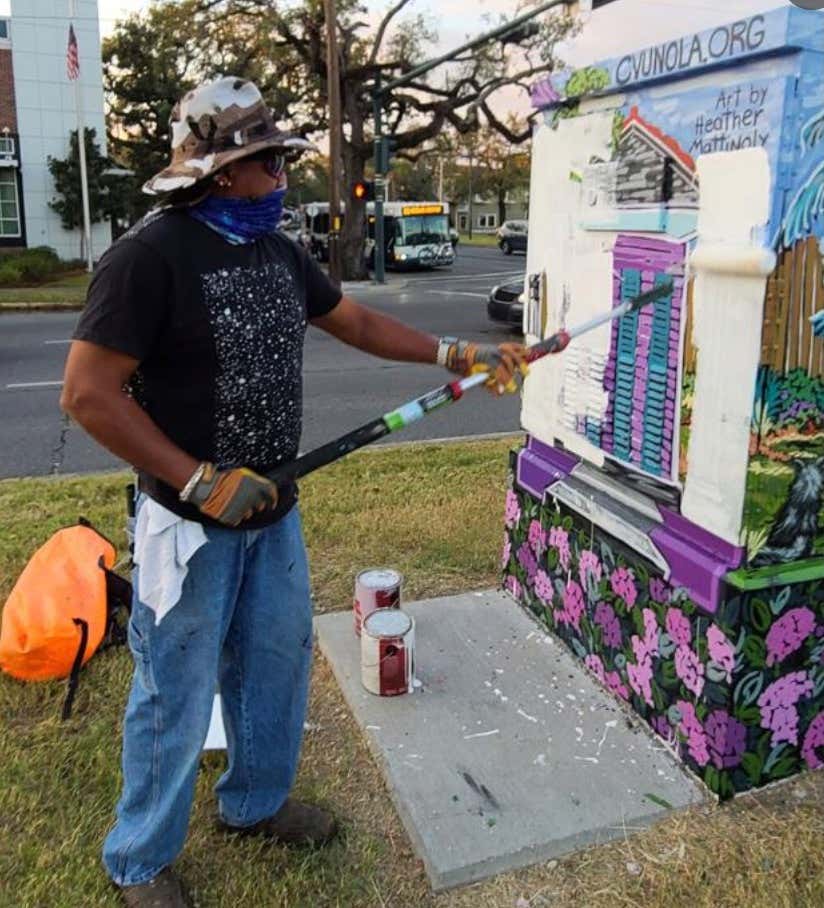 Not proud at all. I just want you to know that. I want it to be clear I'm not proud of it. Well not completely: I would't say I'm "un-proud," considering this guy just showing up with an industrial-sized paint roller and proceeding to deliberately and methodically roll over this beautifully complex and intricately painted mural in order to restore his doodle of his favorite player Drew Brees is, in a word, fucking hilarious.  But it's the same rules as "no offense." If you say "I'm not proud" it clears the way for whatever you say after that, ensures nobody's allowed to have their feelings get hurt or accuse you of being cruel.

According to Mattingly, before he used a roller to cover her painting with white paint, he explained that the utility box had been home to his own artwork — a portrait of former Saints quarterback Drew Brees. Old No. 9 had been deleted to make room for her mural, and he planned to reciprocate.

“I said, ‘Please don’t,” Mattingly said. “He said, well you painted over my box and I’m going to cover yours.”

And so he allegedly did, more or less obliterating Mattingly’s mural before her eyes. As he painted, Mattingly said she used her cellphone to shoot photo after photo of his actions. She said she hopes the photos will help identify the culprit.

Frustrated by the confrontation, Mattingly said she began to cry during her encounter with the man. "And I don’t cry much, either,” she added.

I mean you really only have to have read like, 4 blogs of mine over the past decade to know how much of my personal worldview is centered on fairness and spite. I mean if there's no fairness in a civilized society, can you even call it that? And that's not some globally-accepted standard of fairness; I'm not arrogant enough to think I can be the judge and jury on the morality of every situation that has nothing to do with me. Who am I to say if this guy is overreacting to the defacement of his drawing? Maybe his entire sense of self-worth was tied up in that doodle. Maybe it was his entire identity.

So yeah, it's true, this woman went through all the necessary steps, dealt with all the red-tape to get certified and approved by some official board, got all the requisite permissions and forms filled out, and only then did she settle in to paint her life's defining work of art.

In a way, Mattingly said, this all started roughly five years ago. Mattingly, who makes a living renovating houses and as a massage therapist, had always loved to paint. So she applied to an organization called Community Visions Unlimited, requesting permission to paint the utility box in Mid-City.

With the approval of a selection committee and a neighborhood representative, Mattingly said she was allowed to paint the prominently located box, receiving $300 for her work.

Mattingly said she worked for three days on her painting, finishing on Monday at about 3 p.m., when she left the site for a short time. When she returned at 4:30, she said, the man had appeared, ominously equipped to paint.

…When she asked him what he was up to, the man allegedly told her he planned to do “a little touching up."

I mean the man has delivered so many memories to that city. Not just on the football field either. Off the field, in the community. A community that just so happens to be dotted by these big random boxes . As a matter of fact, I bet Drew Brees has done something special for that specific part of the city where this box is. And this guy said if I'm gonna have this inconvenient eyesore in the middle of my neighborhood (there are 300 of them in the area), I may as well grace it with a doodle of my hero (and a life-sized one at that).  Just because he didn't "get the permits" or "the permission" and what he did is technically "illegal" doesn't mean you can just erase his work -- we gonna start plastering over Banksy next? 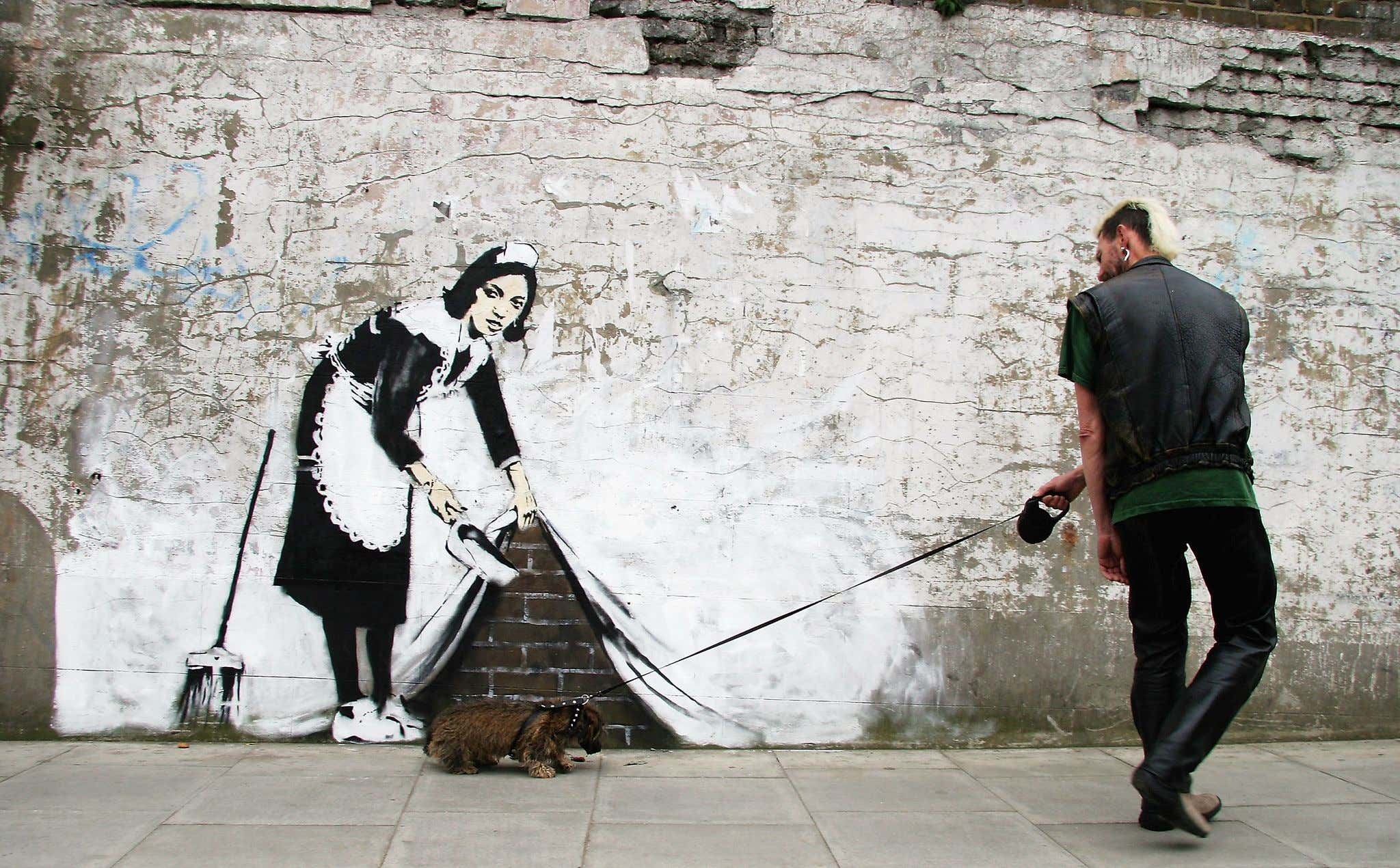 It's a slippery slope that starts with an aging diminutive quarterback and ends with nobody left to passive-aggressively complain about capitalism.

Even funnier/worse (depending on your sense of humor):

This is the SECOND TIME she's painted the whole thing.

The first one got demolished by a truck.

Sometime later, the box, which was adorned with the colorful cityscape Mattingly had composed for the location, was crushed by a truck, she said. Eventually, the box was replaced and the CVU sought out Mattingly to paint the new one.

Mattingly said, “There must be a voodoo spell at this location.”