The one thing that everybody in Philly is too afraid to admit is that Rocky Balboa kind of ruined one of the best ways you train in the city. You can't run up and down the Art Museum steps unless you run the risk of being a cliché. You can't throw on your best fur lined leather jacket and go on a run through Siberia anymore unless you want to be an unoriginal hack. You can't sensually embrace your former rival while training on the California beaches because chances are you're on probation and not allowed to leave the state.

The fact of the matter is that you need to get creative if you want to train as a boxer in Philly and not come off as just some fanboy trying to do his best Rocky Balboa impersonation. My guy here has clearly figured it out. 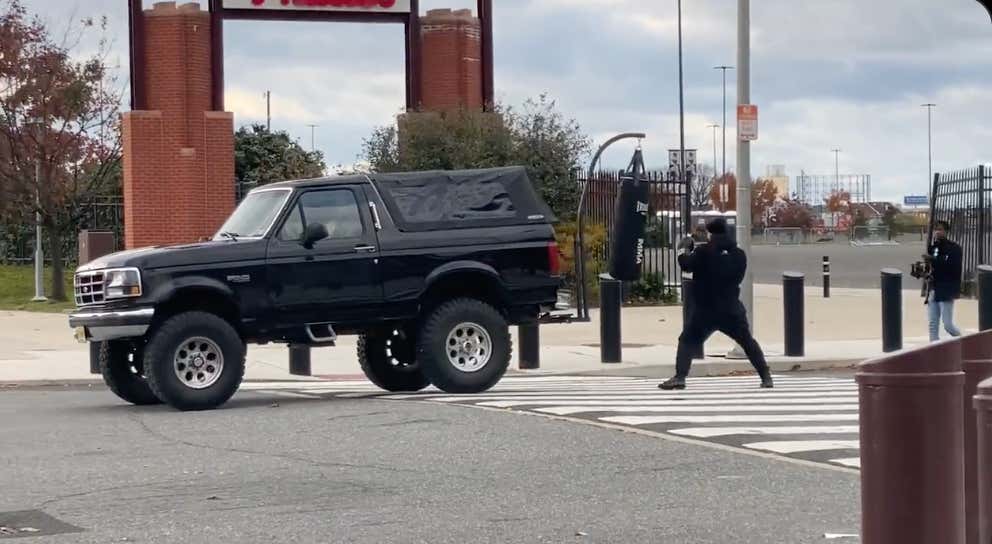 You ever see Rocky go through the Sports Complex hitting the heavy bag attached to the back of a soft top Bronco? Didn't think so.

By the way, the boxer here is Sonny "The Bronco" Conto. So 1) it makes the Bronco part of this way cooler and 2) the dude has a professional record right now of 7-0 with 6 knockouts. So as much as I love having a statue of a fictional boxer who ended the Cold War in Philly, and as much as I'd freeze my ass off in the middle of February to protect said statue during the week of the Super Bowl…

…I'd argue that Sonny Conto would have a better resume to actually have a statue one day. He'll have to beat a communist first, I guess. But another win this Thursday night at Live! Casino in Philly.