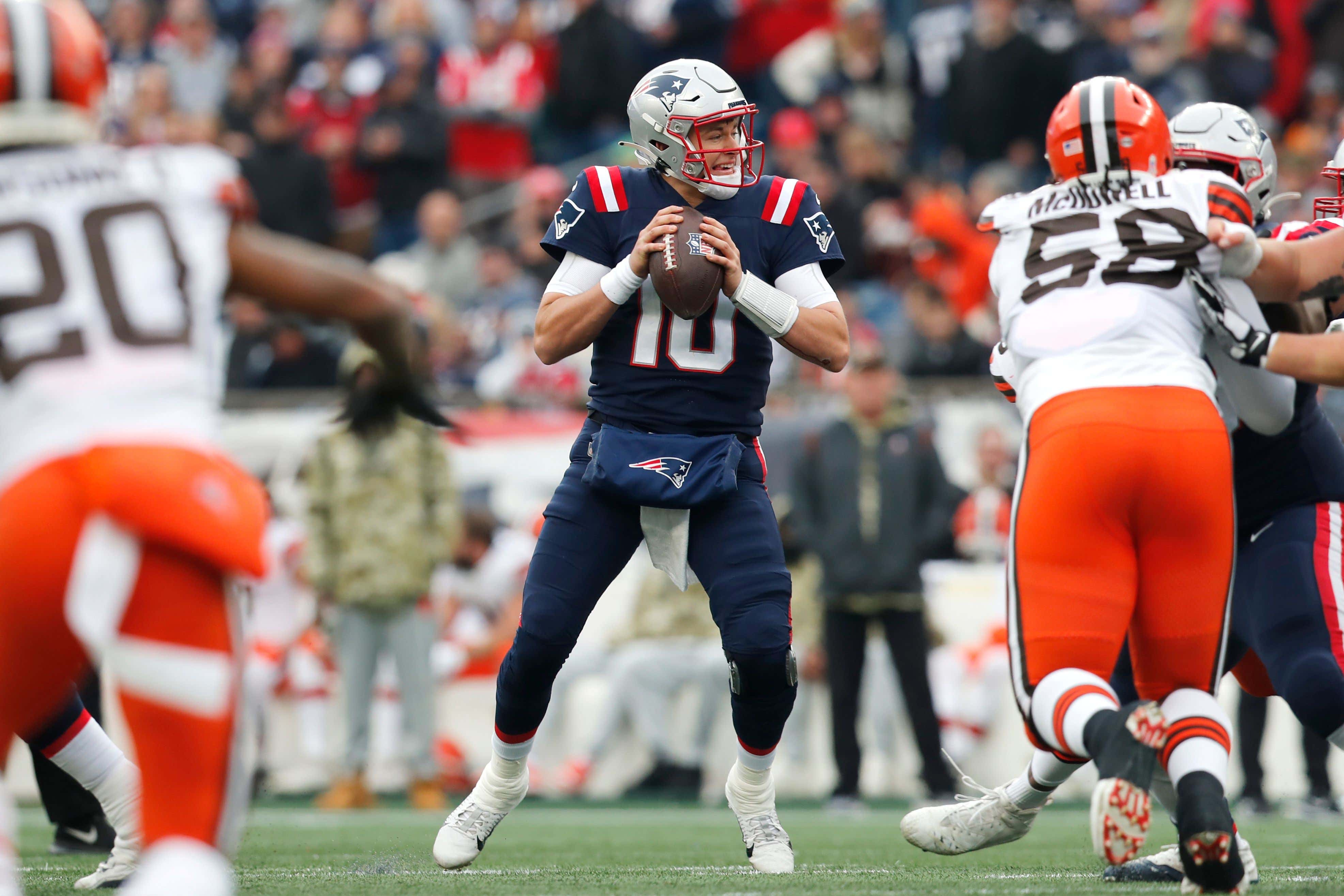 When it comes to certain things, I consider myself to very much be a man of faith. But it's a common misconception that faith and science are mutually exclusive. Which is not the case. Take my church for example. Sure, we're not all about bragging, because that's how a lot of your nastiest wars, persecutions and genocides have started. But Catholic priests have also been responsible for some of our greatest creations, like the Scientific Method and the Big Bang Theory (the actual theory, not the sitcom; you can't pin that one on my team). The point being that, just because you believe in a thing doesn't mean you can't put your belief in science to back up your claims.

And by "a thing," of course I'm talking about your New England Patriots. I might be a below average Christian, but I take a back pew to no man when it comes to Sunday worship at this church. And like any belief system, I've had my faith tested (7-9 last year). Experienced grief (March 17th, 2020, Tampa Bay's victory parade). And turned to the sacred scripture for comfort (Cha-ching!) But these are beliefs supported by the evidence. Verifiable. Immutable. Scientific.

In this case, with the Pats 6-4, very much in the AFC playoff hunt, the winners of four straight and arguably the hottest team in the NFL right now, it's the perfect time to look at the data from the people who compile such things. The advanced stats crowd are even more impressed with the 2021 Patriots than even Stephen A. Smith (cued up to the 1:46 mark):

Where should we start? Where else?

Mac Jones has been among the best quarterbacks in football over the last month. Note that I didn't omit the word "rookie" from that sentence. I simply didn't need it.

I don't often go with ESPN's pet stat QBR, but this was on "Get Up!" this morning and it speaks volumes about how Jones has developed over the last few weeks when it comes to high leverage situations. Bear in mind that a perfect rating is 100.0: 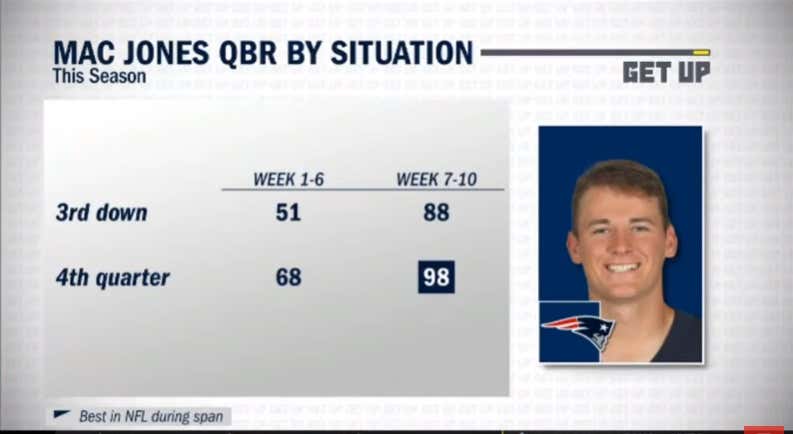 And against Cleveland, he was nothing short of perfect on both deep balls:

And for you visual learners, here are some handy charts that demonstrate in graphics form how much Jones has progressed since his first month or so in the pros:

Also, since I've gone this long without making use of my Pro Football Focus subscription, this is where the mathletes who work for Cris Collinsworth have him ranked in terms of his grade purely as a passer: 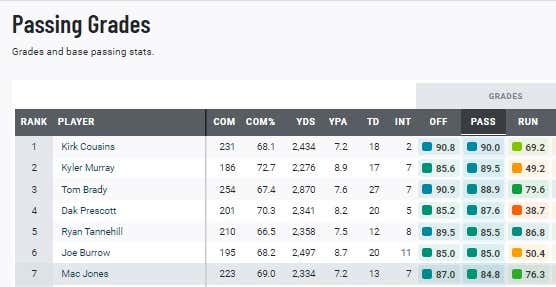 So behind at least three guys who are considered the front runners for league MVP and way ahead of past MVPs like Patrick Mahomes, Aaron Rodgers and Lamar Jackson. And bear in mind, PFF ranks him fourth lowest in time to throw, behind only Ben Roethlisberger, Brady and Ryan Tannehill.

But while I'm happy to start with Jones, but no means are we stopping there. Let's try another rookie from Alabama. PFF credits Christian Barmore with 23 QB hurries, which is sixth most among all interior linemen, and 28 total pressures, which is ninth best. But grading him on the curve among his rookie class, it's even more impressive:

Bear in mind that both Oweh and Parsons play outside/off the line and were 1st round picks, the first and fourth linebackers taken. Belichick traded up to the sixth pick of Day 2 to get Barmore. And Barmore has more hurries than either of them and the most among all rookies, has one fewer pressure than Oweh for second most among rookies, and is third behind Oweh and Parsons for QB hits.

Flipping back to offense, there has been no pleasanter (didn't think that's a word but spellcheck is remaining quiet) surprise than Brandon Bolden. Count me among those who didn't see him reinventing himself as the heir apparent to Kevin Faulk and James White, given in his first eight seasons in New England he had single digit reception totals in six of them. But since White went down he's become one of the best pass catching backs in all of football:

While also averaging a career-best 5.6 YPA (minimum of 10 attempts). Name me anyone outside of Josh McDaniels and Ivan Fears who saw that coming. But the analytics people confirm that our eyes are not lying to us.

Sticking with offense another second, one guy who was one of the absolute cornerstones of the 2018 championship team finally made his massive presence known in the Browns game. And was quite simply one of the best offensive tackles in the league Sunday:

That's the top overall blocking grade among tackles, and third best at run blocking. While lining up mostly against Jadeveon Clowney and facing the league's third best run defense.

Just to wrap up, with assorted fun facts that don't necessarily warrant a handy chart or Tweet:

At some point you might be tempted to remind me that stats are for losers and all that. But in truth, losing is for losers. And those days are over around here, so I'm going to enjoy this as much as I can. Emotionally. Spiritually. Mathematically. The Patriots are really good and getting better.