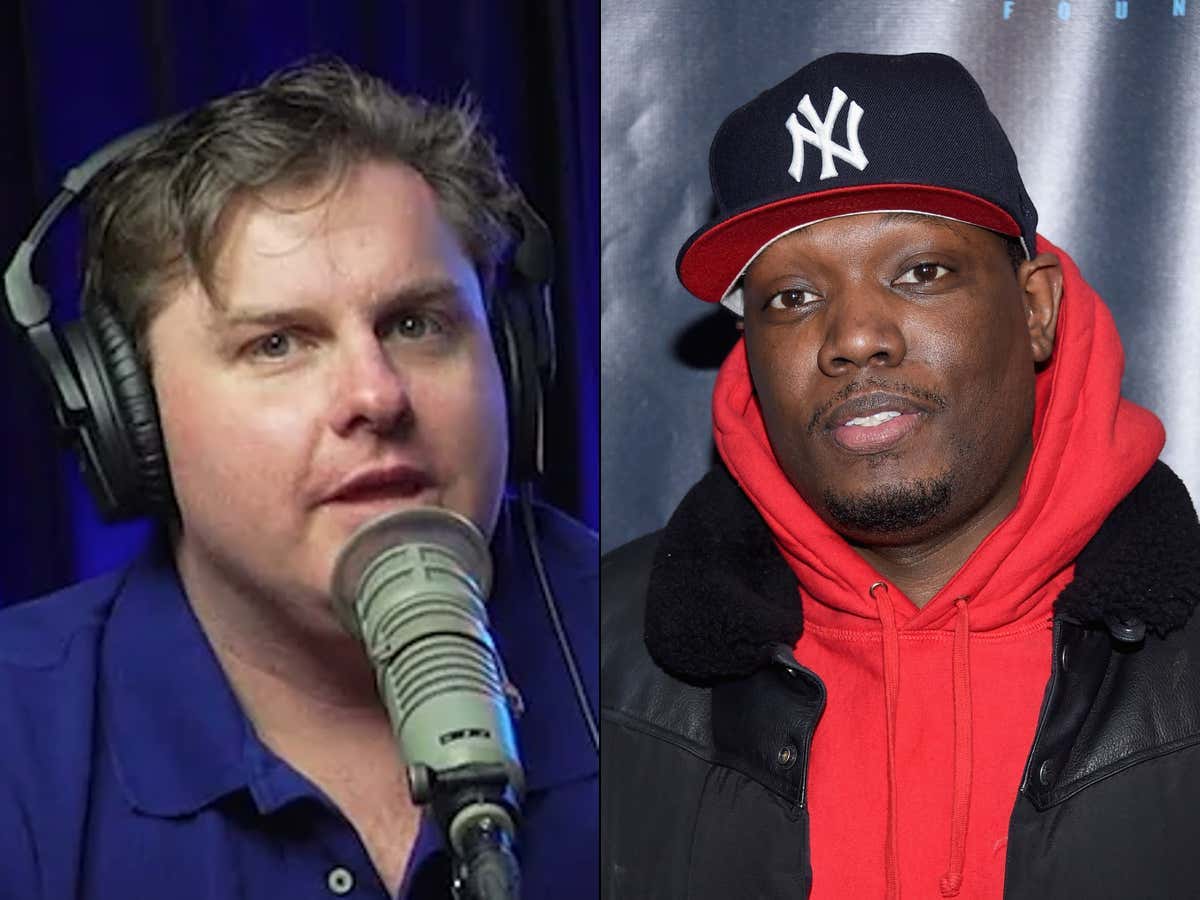 There are going to be a lot of screen grabs in this one so bare with me. The long and short of it is that Tim Dillon quote tweeted an SNL sketch where Pete Davidson was playing Joe Rogan and said the following…

Not bad- 35k likes, 2300 retweets and over a thousand comments on the first one. It wasn't even that controversial of a tweet either. A blind man could see that sketch wasn't funny. And that's not me being bias, that's me having eyeballs. It was lowest common denominator comedy being performed by a group of actors who don't give a shit. It looked like Pete Davidson was reading his lines off cue cards for the first time while they were live. Regardless, Dillon's tweets circulated to the point where it got back to Che and he was NOT happy. 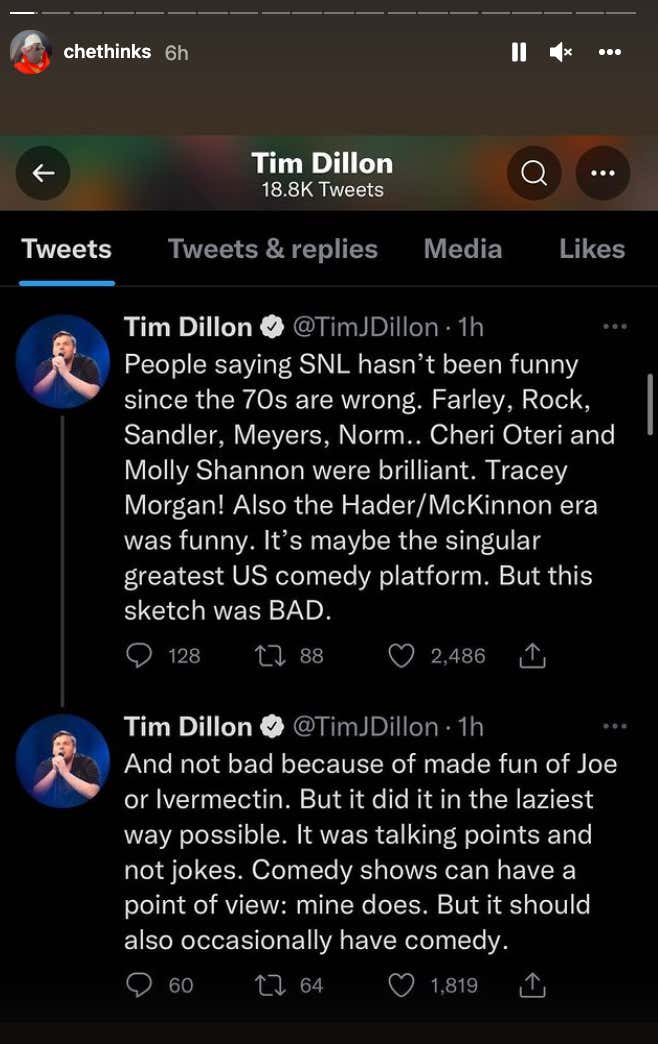 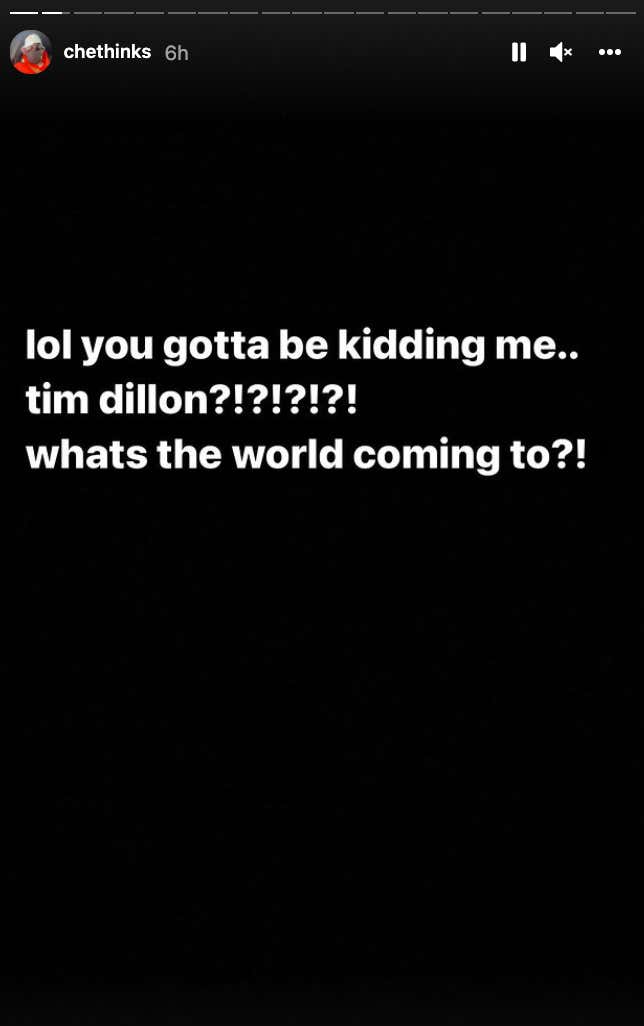 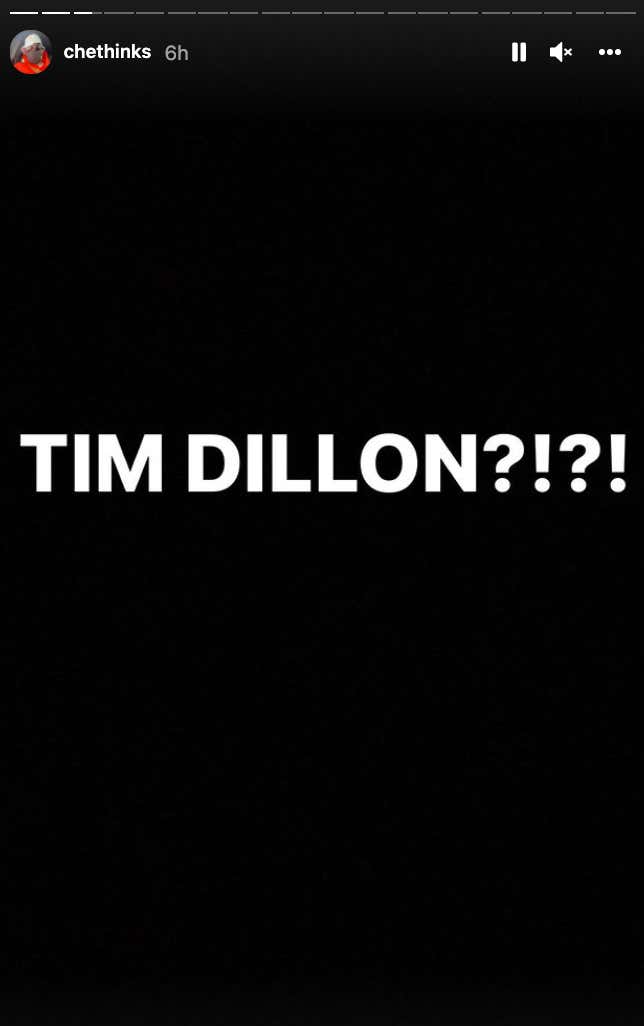 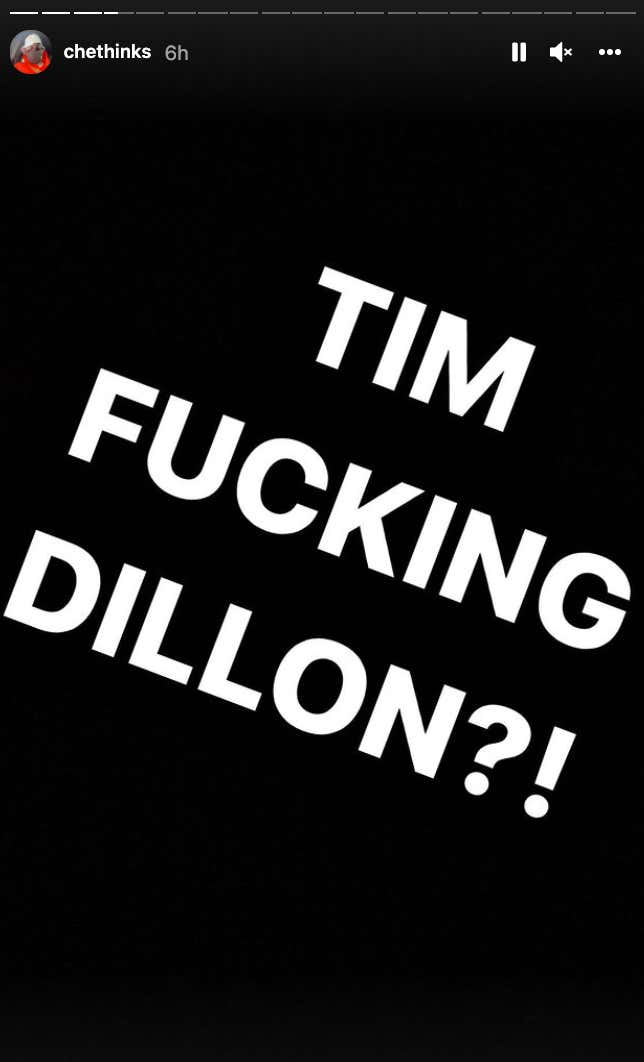 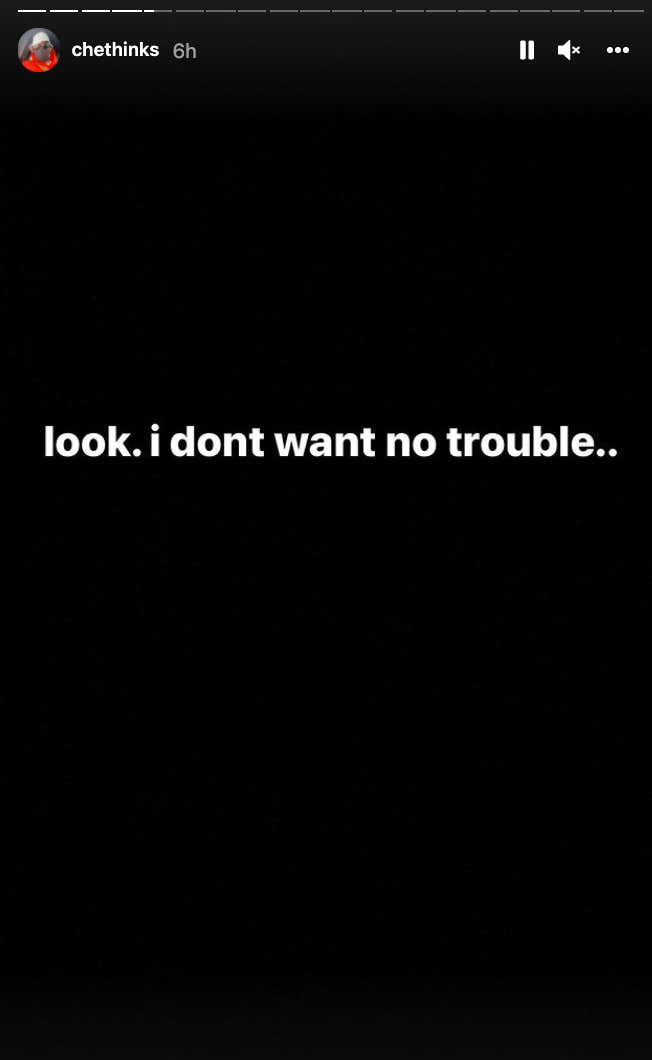 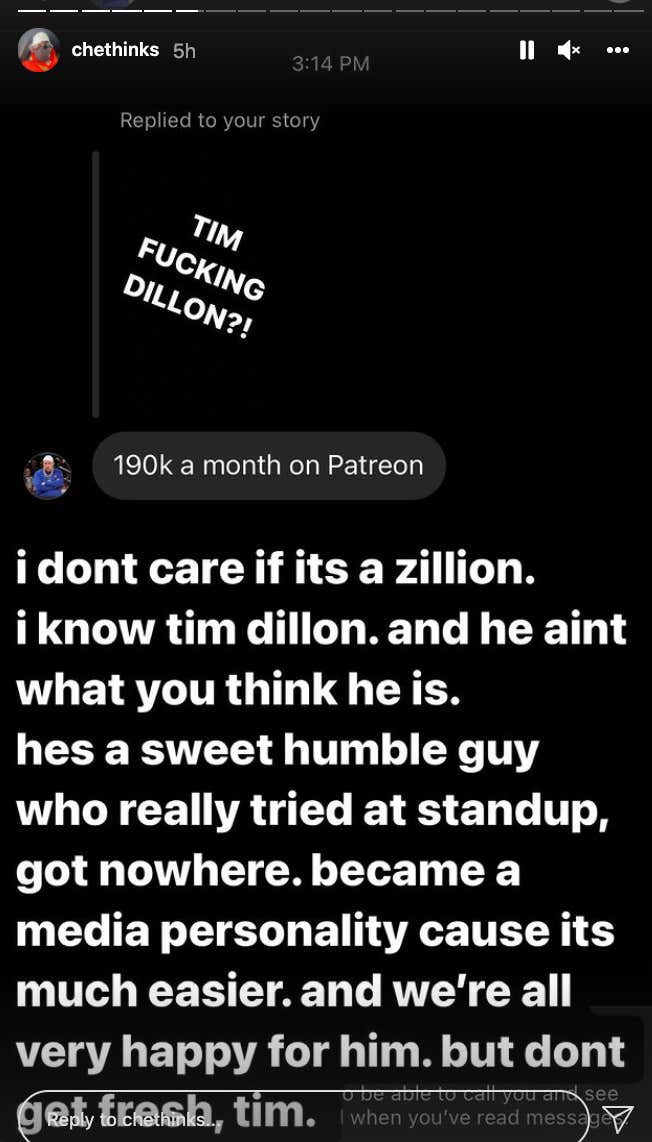 So Che screenshotted it and kept going.. 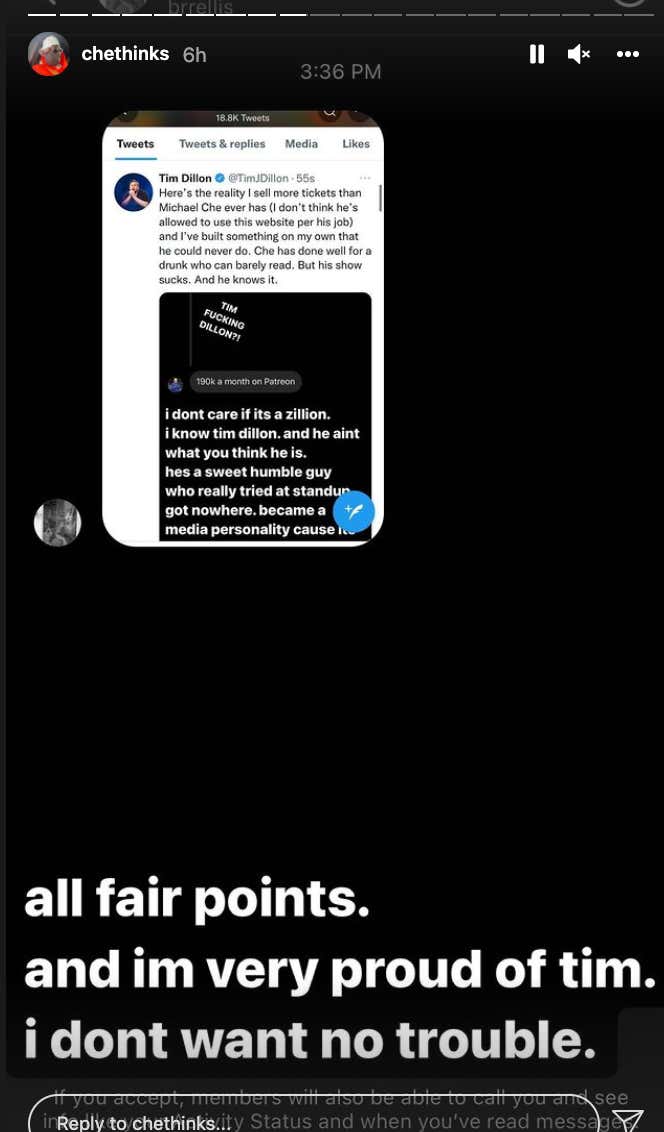 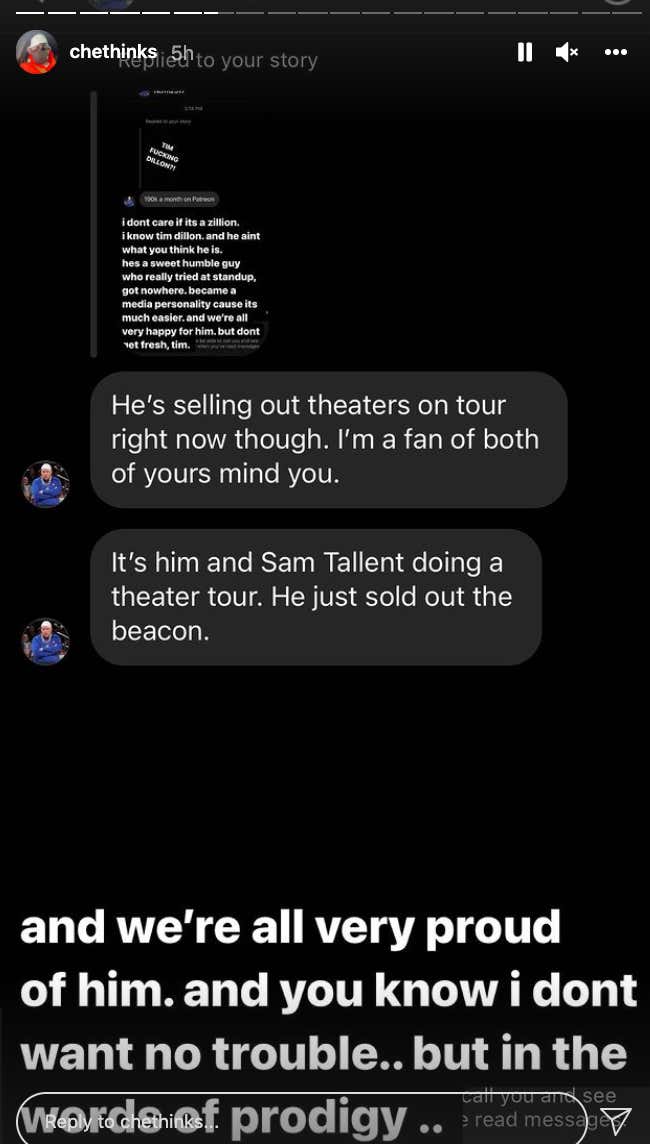 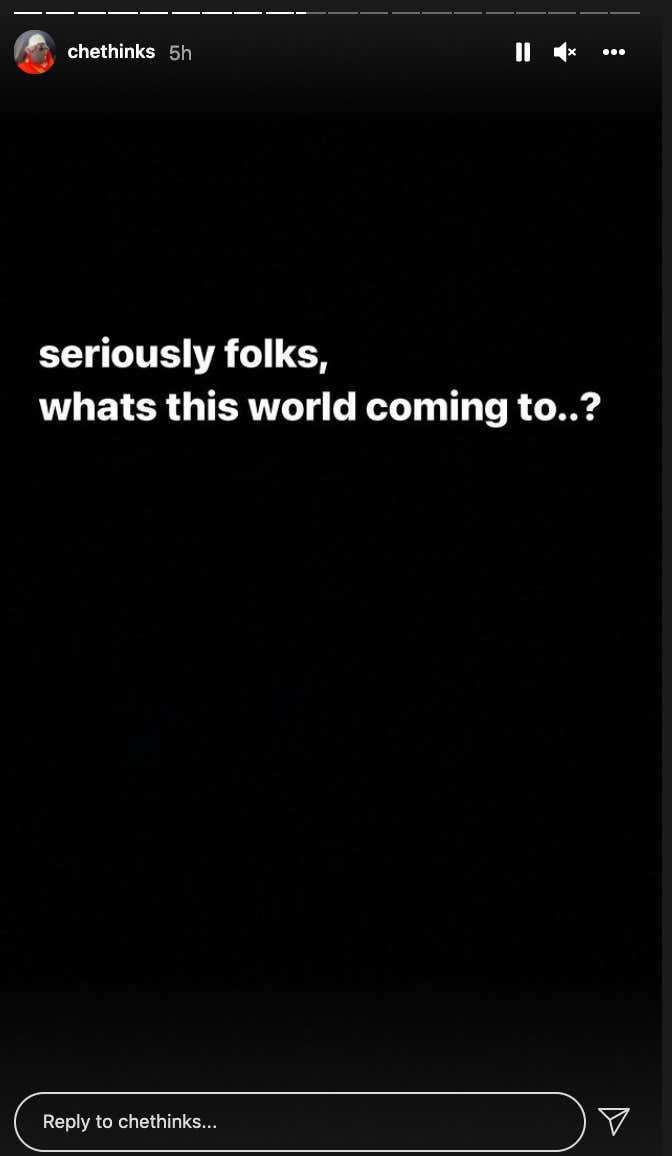 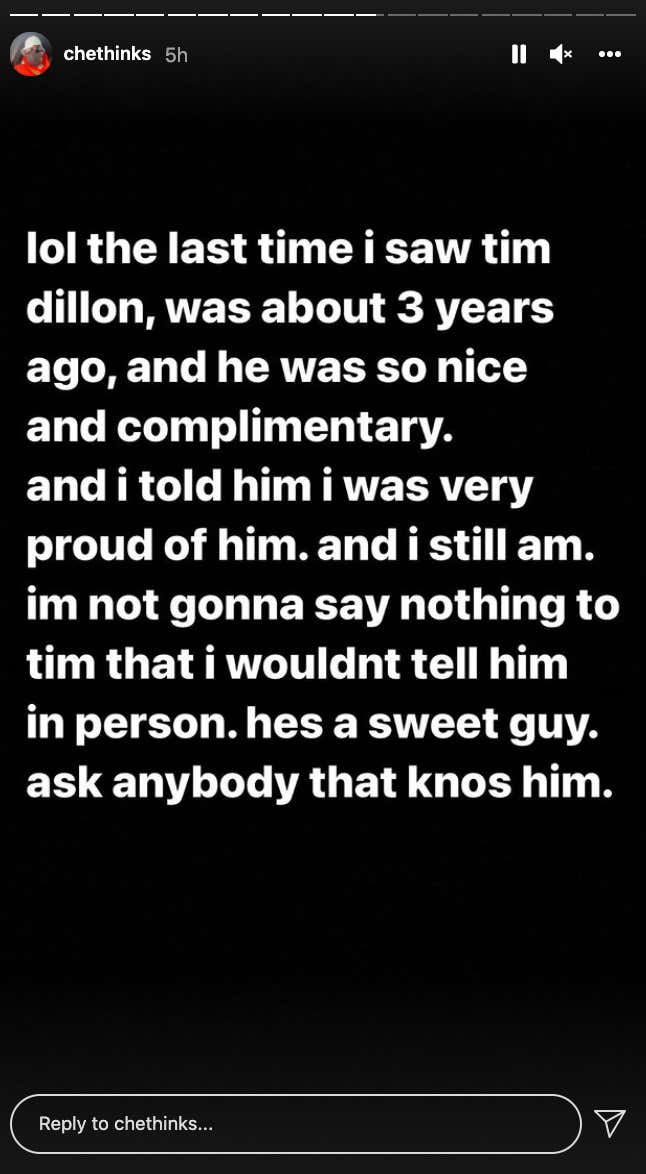 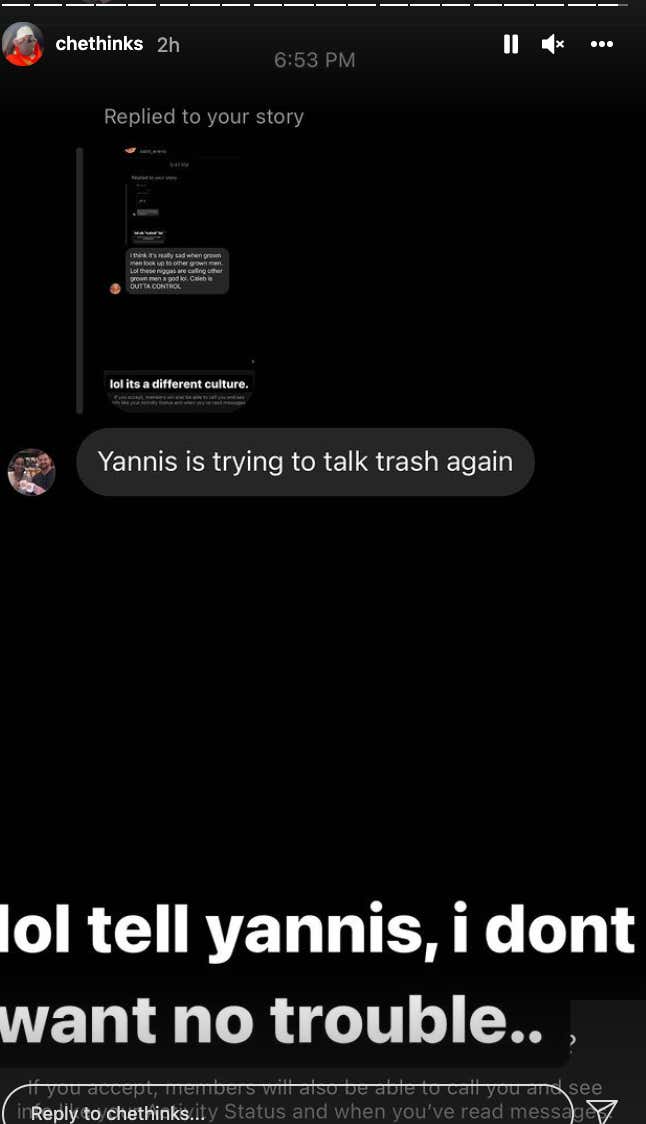 I cut out the slides where he made fun of the people coming at him in his DMs, but you get the gist. It was a very condescending series of messages from a guy who got told something he already knew- that his show stinks. I'm not saying there aren't funny moments because there are, I'm just saying that SNL needs to hold itself to a higher standard. Comedy used to be the priority and now it seems like all they care about is saying the "right thing" so they don't lose ad dollars or worse- offend somebody. The sad part is it's a top-down problem. Lorne used to fight the network to get the best material on air, now he is the network. What's even worse is there are funny people on the show, they just can't do their job because they're afraid they're going to lose it. The only way things will get better is if they get a fresh set of eyeballs in there to run things. Someone who actually cares about comedy. Unfortunately for us, I don't think that's going to happen any time soon.