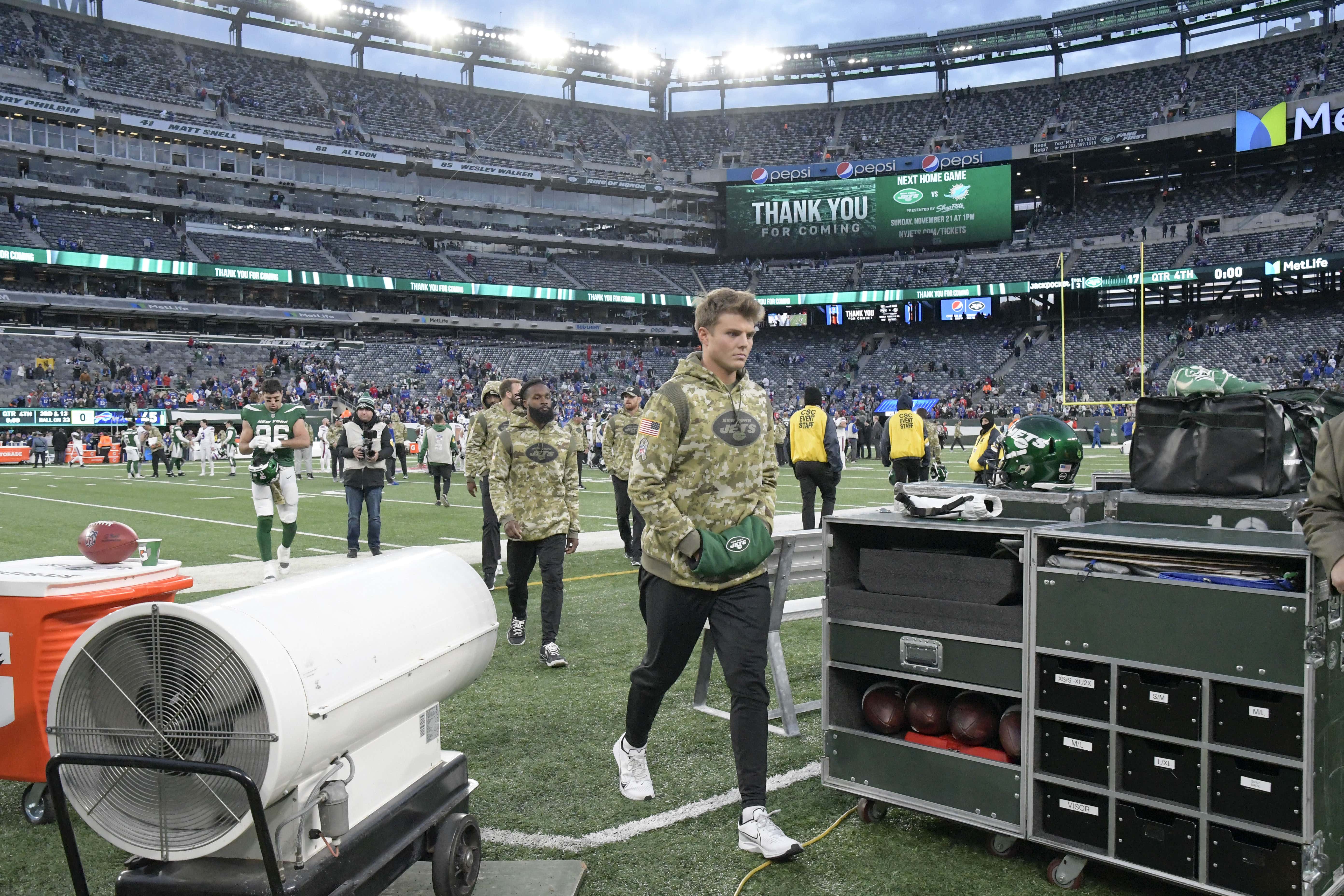 So Mike White threw 4 interceptions today against the Bills. You could tell the Bills came to play after an embarrassing loss to the Jaguars last week. The Jets got the passive-aggressive beating from one of the NFL's toughest defenses after last week's upset. Mike White got his ass handed to him the whole game. The Bill's pressure crumpled him and he threw a couple of bad interceptions. The whole game was dominated by the Bills. Now how do I try to spin this into a positive? Well, Mike White is probably a finished product, and he threw 4 picks in a game against a rival, so that makes Zach Wilson's 4 picks not look as bad. Zach Wilson's shortcomings may be more situational than him just being bad. This means Zach Wilson one day might be good!

You see Zach Wilson has time to grow and get better, and the Jets are going to get some better draft picks after this year. So the situation in which both Mike White and Zack Wilson were throwing 4 picks in might get better. With that, hopefully, Zach Wilson succeeds in improving and the Jets make some progress in having a better onfield product. The defense did not look that great today… But there are so many dashes of greatness that might one day carry the team to the playoffs.

Saleh needs to let the good players play, his constant rotation is keeping good players off the field. I hope Saleh figures it out, the personnel on the defense is just about there. We need offensive linemen in the draft, I am trying to see the light at the end of the tunnel with higher draft picks to help build around Wilson. We are a step away from making a Browns-like transformation. Also, I don't think Wilson should play next week, For now, I will hope Flacco picks up some random wins.

If we let Zach keep playing in these games and throw picks and have crazy negativity we could lose his confidence and everything for good. What we have to do is shelter Wilson and try to put him back out in garbage time to get ready for next season. Mike White's performance shows that it may be situational rather than a personnel issue. I feel like Saleh is not a Gase type and a solution-oriented guy, hopefully, he can make the moves needed to put something together that might one day be a decent Jets team.