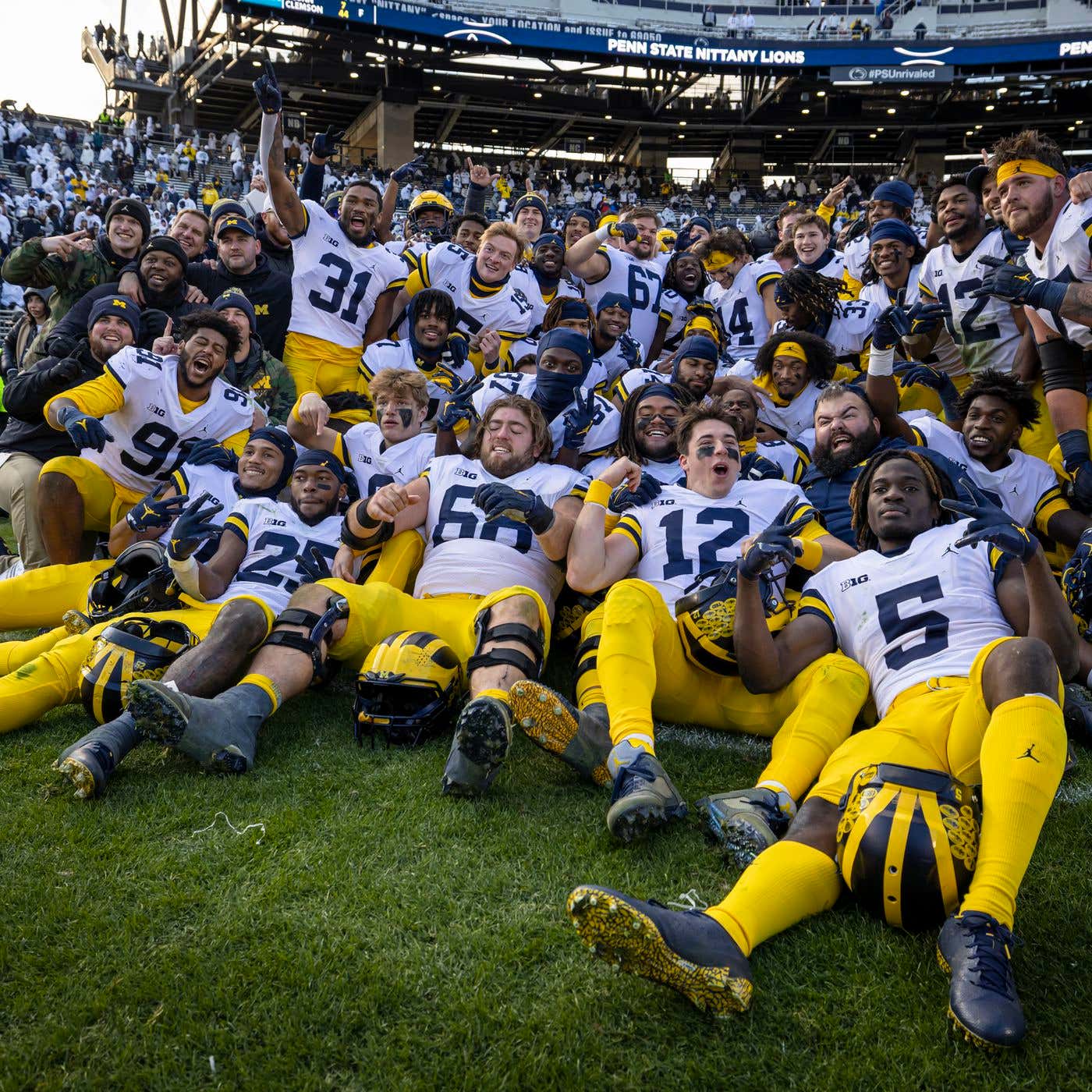 It was a tale as old as time. Michigan football, on the road against a quality opponent with copious opportunities to put the game away only for them to cough it up in the fourth quarter. It was the same horror movie that we've seen 1 million times throughout the Jim Harbaugh era, and yet this Michigan football team, with their backs against the wall, rallied back and beat Penn State yesterday 21-17 thanks to a late touchdown by Erick All. It was, in my opinion, the most impressive win of the Jim Harbaugh era because it was a rare moment in which Michigan football went against type. They didn't gag, and they didn't fold. They found a way to win, and they deserve a lot of credit for that.

In my post-game video yesterday, I said that I don't believe this is one of Jim Harbaugh's most talented teams. I don't think they are as good as they were in 2016 or 2018, or 2019. Now don't get me wrong, they have a ton of talent. I don't think there's a better pass rush duo in the country than Aidan Hutchinson and David Ojabo. I think the team has done a great job of finding its identity again with a sound run game. Hasan Haskins was an absolute bowling ball yesterday, accumulating over 200 total yards of offense as Michigan played without their most versatile back in Blake Corum, who missed the game with an injury. This is a rare Michigan team that has overshot their expectations. I had them finishing 8-4, and they're currently 9-1. They will most likely be 10-1 going into their final game against Ohio State pending some spectacular disaster against Maryland.

The strange thing that makes college football different than any other sport is that teams are primarily defined by what they do in one or two games of a 12 to 15 game schedule. It's very bizarre. And don't get me wrong, we know what the expectations are at Michigan. We know what the expectations were when Jim Harbaugh was hired. This is a program that, more often than not, has underachieved at every turn. They haven't beaten Ohio State, they haven't figured out Michigan State, they haven't gone to Indy, they haven't won a Big 10 title, and they haven't made the playoffs. All of these are justifiable and fair criticisms. And if they get steamrolled in a few weeks by Ohio State (which I kind of think they will), I will be the first want to come on here and say that Michigan football fell short of their goals again. Still, I think it is fair to say that considering how wild things were for this program several months ago following what was a downright disastrous year in 2020, this Michigan team has shown a bit more grit than any other throughout the Harbaugh area. Now, if they lose 49-20 two weeks from now, all the good juju will be thrown out the window, and I completely understand why. But, for the time being, they deserve the praise.