I've been debating how ferociously I want to defend myself this week in what turned out to be a complete clusterfuck with the snake draft graphic. I remember how heavy I went defending gravy-as-a-side this time last year and I still think that's rubbing some people the wrong way.

Even so I'd be a little bitch to just lay down and let Social Media Danny fuck me all over this office like a bad boy looking for a safe word. Which is no surprise. I've won 30 of these drafts and with each victory comes a staggering increase to the size of my target. Same reason everyone wants to fight the biggest guy at the bar. Danny's had me sized up for probably months now just waiting to exact his damage and truth be told he hit his mark. I got left off the poll.

The finger pointing at Barstool Chicago knows no bounds. One day it's my fault the next it's democracy meanwhile nobody is questioning White Sox Dave's motives in this. Nobody. It's just complete chaos and I won't stand for it. Social Media Danny is a social arsonist who needs to be brought to justice.

Nobody told me that my take on the poll would be a final verdict. I didn't know a promotional clip could be used as a binding contract. We just make shit up as we then treat our own impulses like the magna carta. There's no rhyme or reason. No method to the madness. My draft stunk to the high heavens David? You would literally have to be a crackhead to disqualify and discredit my efforts on the chip board this week. 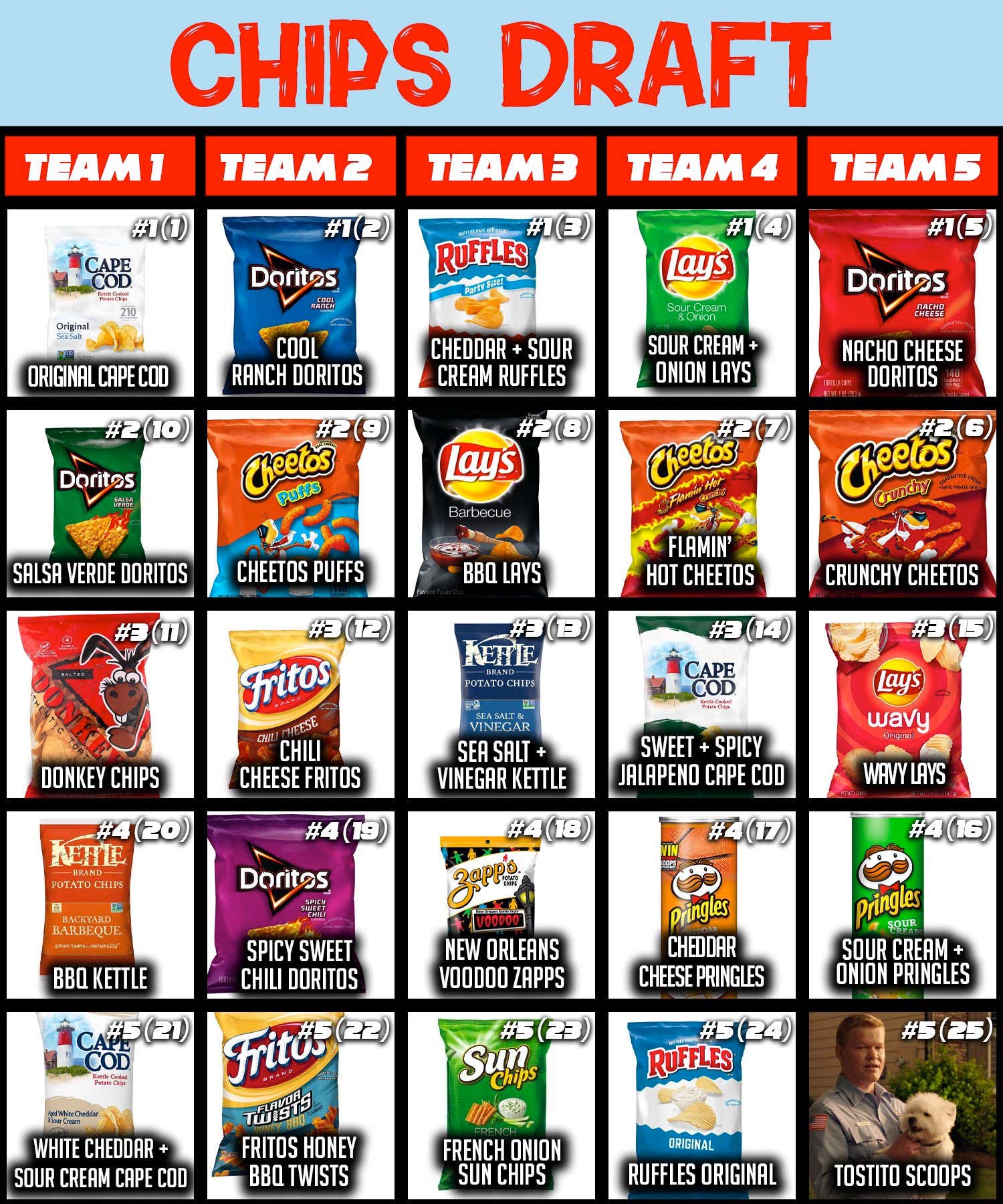 Team 3. Balanced and diverse. Whole catalogue of texture on the table with some outstanding regional favorites. If you were trying to get some pussy and you needed to open up one cupboard of chips, you'd go #3 all day that's just a fact.

- White Sox Dave took Cheddar Pringles & Ruffles Original which are both miles behind my first round chip. The value drops off a cliff. Sweet and Spicy Jalapeno sounds like it's coming out of a Newport bed and breakfast. Be a bigger bag of vulvas.

- I got nothing bad to say about Clem. Worthy adversary. Great guy. Family man. Direct beneficiary of Social Media Danny's corruption under the influence of our Supreme Leader

- Zapps is awesome. I forgot to say this but Zapps is legit. So good that I'm opening up a new tab right now and doing a Zapps exclusive blog.

These have been my complaints. Thank you for listening.