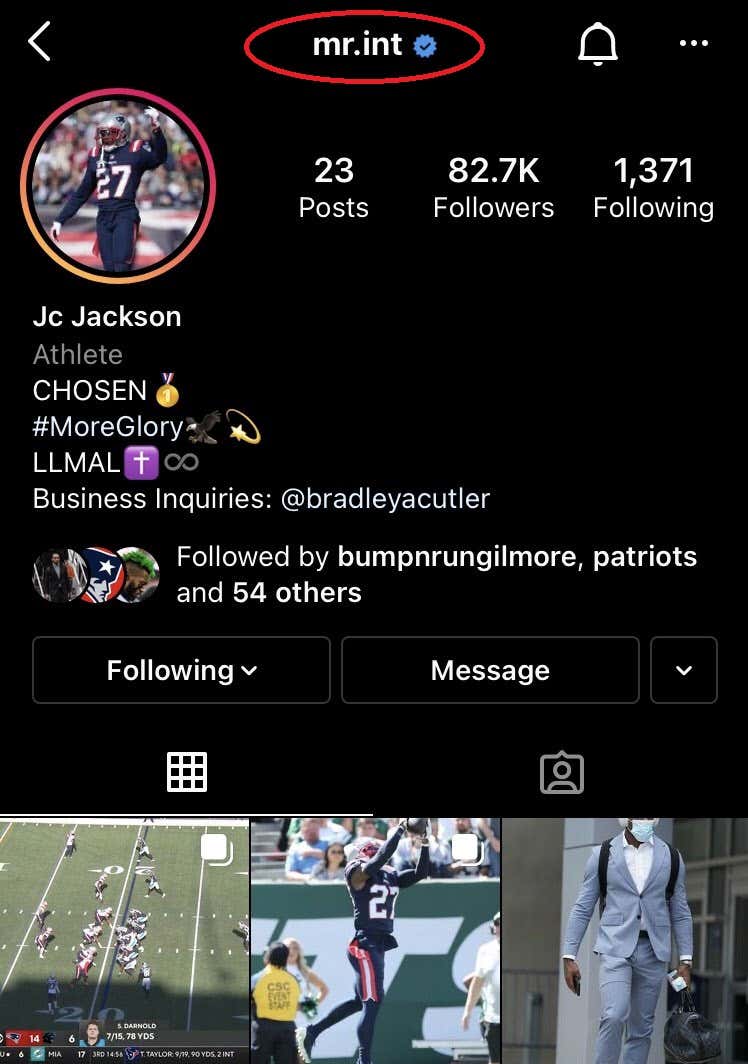 Oftentimes, when someone changes their social media handle to "Mr.[fill in the blank]", especially when he fills the blank with whatever he's supposed to be doing for a living, is fraught with peril. I mean, if I changed my Twitter to "Mr. Comedy, "Mr. Patriots Blogger" or "Mr. Leaves All the Ladies Satisfied and Looking for More," I'd be setting myself up to fail. No matter how appropriate those nicknames are. As Tom Brady is fond of saying, "Well done is better than well said."

But in the case of JC Jackson changing his name on the 'Gram is entirely accurate. Brady is right, but Jackson is doing, so why not say, too? As Wilson Pickett says in "Man and a Half," "No brash, just facts."

With news coming down today that the Browns will be coming to Foxboro Sunday without the guy who's accounted for 44% of their rushes and exactly 50% of their rushing yards:

… taking away the top weapon on the league's No. 1 rushing attack and presumably forcing Cleveland to try and win with Baker Mayfield and the 21st passing attack, it seems like as good a time as any to appreciate what we're witnessing in JC Jackson.

There was an at least plausible reason to be skeptical as to whether Jackson's performance would drop off this year with Stephon Gilmore starting the season on PUP and then getting traded for some expired coupons before he ever took the field. Jackson has spent the better part of his career taking on opponents' No. 2 wide receiver. And even while playing predominantly the same man coverage Gilmore was, he often had the luxury of playing trail technique in bracket coverage with a deep safety. But this season he's been mainly on the opposing WR1, even as the Patriots have transitioned in a much more matchup zone scheme.

Which he did after basically crawling off his death bed to play:

But none of this is anything new:

All this while somehow going undrafted out of Maryland. Proof once again - as Malcolm Butler proved before him - that college scouting and drafting is the one of the most inexact sciences in the world, no matter how much time, effort and money go into it. But what's far less inexact is the Patriots ability to recognize talent once they find it, develop it, coach it, and give it a chance to flourish.

And no one has taken advantage of the opportunities he's earned the way JC Jackson has. And very soon he's going to get paid like the elite shutdown corner he has become. I just pray it's in New England and nowhere else.

Good like to Mayfield trying to beat the Pats without Chubb, without Odell Beckham and with a CB1 like this assigned to his best option.

So why not change his IG screen name? If the label fits, wear it.