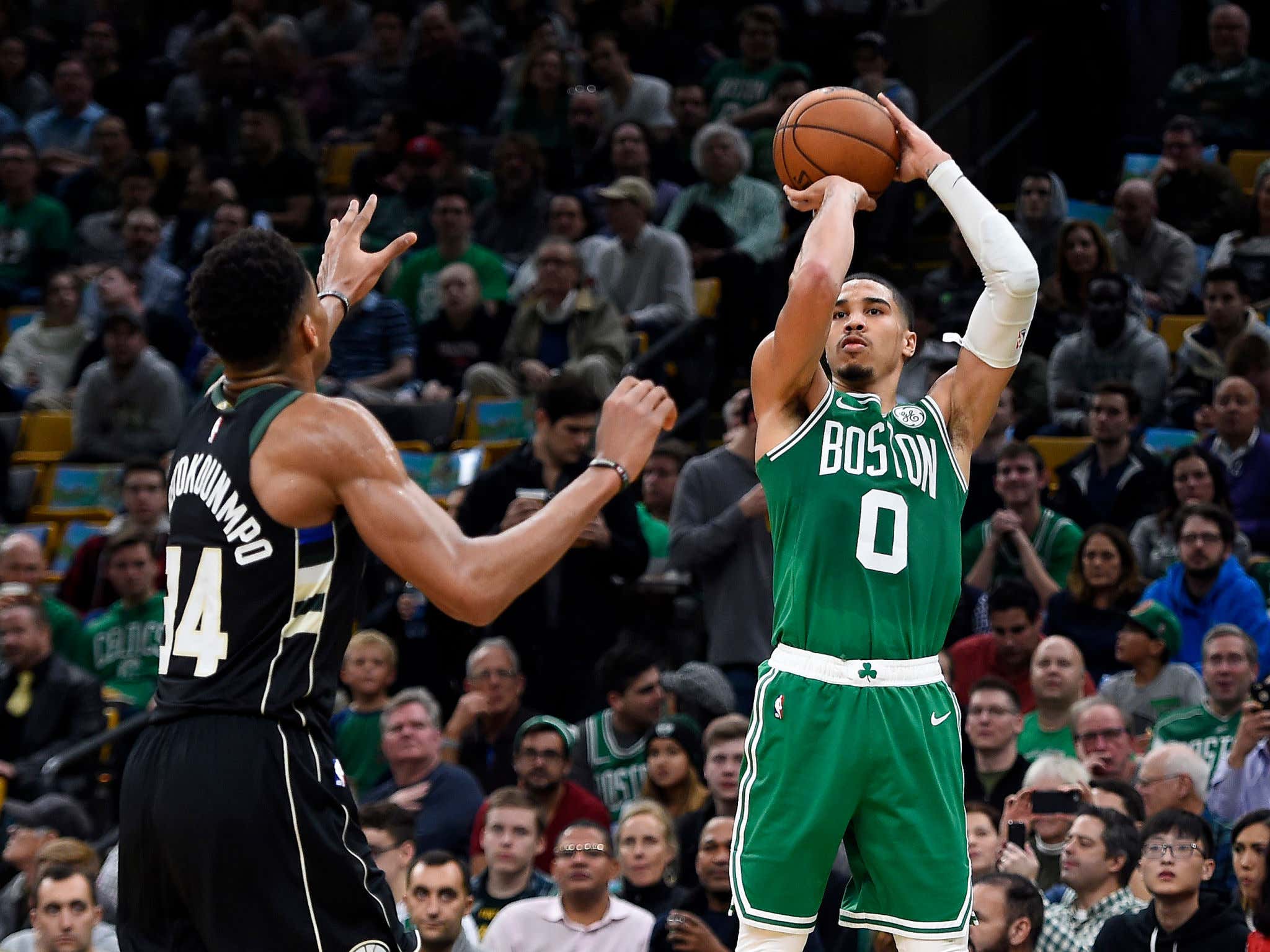 Through 11 games to start the season, we've had two different Celtics teams. The first, the one that got off to a 2-5 start, was playing some of the most disgusting basketball we've ever witnessed. That's not hyperbole or me being dramatic, it's the truth. From October 20th through November 1st, here's how they looked

It's hard to be worse than that. The only real positive from that start was the fact that the ball did appear to be moving better. Assists and AST% were up, passes were up, but far too often did we see this team revert back to their bad habits of the 2020 season.

We know what happened next. Marcus Smart, while telling the truth, said some things to the media that I think we all can agree should be said in house. It wasn't that what he said was wrong, but coming off a blown lead against the Bulls, the timing and route in which he said it wasn't great. That was our first turning point question of the season. Would they respond? Would thinks continue to tank and become a bigger problem? Everything was on the table as far as I was concerned.

Since then, whether you want to attribute any of this to those comments are not, there's no denying things are starting to look a whole lot better. Since November 1st, here's how this team currently looks

The offense is still a work in progress but that makes sense since Jaylen has been out for part of this stretch, but the bigger issue which has always been their defense is starting to look a whole lot better. When they came out and killed the Magic it was nice, but we all knew the real test would be the game against the Heat. The Celts responded. Then came a battle with Luka and for the most part we saw the same encouraging signs. Holding that team to 107 isn't too shabby, but some mental mistakes still showed up and of course ended in disaster. Now we had another test for this team. Could they come home and once again respond against a team that just kicked the shit out of them in their home opener. The answer? Yes. A wire to wire win against a Raptors team that just went into Philly and beat the Sixers. For me, it's the same sort of situation as the Florida trip. Beating the Raptors is nice, but the real test is what comes next. Tonight, that's the Bucks.

Both teams obviously aren't quite themselves. Jaylen is still out and it looks like both Khris Middleton and Brooke Lopez will miss tonight's game. Those are pretty important factors for both sides. As a Celts fan, it is a little nice knowing that Khris Middleton won't ruin my life tonight. Finally. It's also true though that the Bucks are starting to play much better after their little 1-5 skid. With wins over the Sixers and Knicks in their last two games, they enter tonight with just as much momentum. They still have Giannis. They are one of the best three point shooting teams in the league even without Middleton/Lopez in the lineup.

The point is, tonight is yet another chance for the Celts to show that what we are seeing is real. Good teams don't just beat the ones their supposed to beat, they take care of these "tests" against the elite teams. Looking around the league you'll see that teams around them are starting to come back down to earth. The Sixers (8-5) and Heat (5-5) have lost 3 in a row. The Knicks (7-5) have lost 4 of 6. Suddenly at 5-6, the Celts are back to being right in the thick of things as long as they take care of their business. The starts of those teams compared to the Celts could not have been any different, yet here they sit just 1 back in the loss column. It's one thing to see them show signs of turning things around, it's another to see them follow through with it against one of the better teams in the league. That's what made the MIA win so important. It's not just a record thing, I truly think it's a psyche thing. Guys are more willing to buy in when the results come through. That's how it is for every team in the league and the Celts are no different. Guys are buying into their roles, buying into Ime's system and the vibe is a whole lot better today than it was two weeks ago and that comes with success.

When it comes to the Bucks, the formula to beat them has not changed. You cannot turn it over against them (5th in transition points) because all you're going to do is give Giannis easy buckets which never works out well. We're still waiting to see if they can ever solve their Giannis problem, he tends to dominate this matchup but the hope is with Horford now in the mix that maybe we'll see that improve. Defensively, you better guard the three point line. A total of 6 of their rotation players (not including Lopez/Middleton) are currently shooting 36% or better from three. To put that into perspective, outside of Romeo, of the players available tonight the Celts have just 1 other player shooting above 36% and that's Grant. Remember, Grant is 2 for his last 16 from three. The point is, we're going to see how their switching approach looks against a team that can absolutely burn you from deep. Here's the good news. Over this strong stretch of defense, the Celts are 4th in opponents 3PM and 1st in opponent 3P%. That should have you encouraged that they'll be able to figure that out tonight.

I think we all want to buy into what we've been watching these last 10 days, but we've also seen this team be in a similar spot and then take two steps backwards. The CHA win was our first sign. They looked great for 75% of the night against CHI. Then came the MIA win. Then the TOR response. Well now you have another legit challenge with Giannis coming to town on a team that is almost motivated to turn around their slow start (6-6).

The Celts can't turn things around without stacking wins, and if they want to show us their turnaround is actually real, go out and take care of the Bucks tonight.