ICYMI, today is Disney+ Day. If you don't know what that is, it's basically just an excuse for Disney to talk about their own stuff and get trending on social media. Let's fall for the bait and break down their announcements:

To me, the Ice Age movies don't get enough respect. They are funny, have plenty of heart, a solid voice cast and BRILLIANT usage of Rusted Root's "Send Me on my way'. I'm happy to see a little comeback by them, even if it's just focused around a minor character.

Big Hero Six was awesome, so this is a no brainer. It should solid fun for the family for those of you with kids.

#3. Cheaper by the Dozen reboot

I loved Cheaper By the Dozen growing up. It captured the pure chaos of my own household perfectly, and I just love Steve Martin. This reboot, however, is just not what I'm looking for. I just don't think Braff or Union have the homely, down-to-earth type of charisma needed to carry this sort of movie. Big time pass from me.

I like Enchanted, and as long as they have the crew back together, why not? Amy Adams has been busting her ass trying to find the Oscar winning project and failing miserably(no fault of her own), so why not take a break and make something fun for a change?

I don't really remember much about the original movie other than not liking it. I also am not familiar with the books, so I'm not the best judge of whether or not this is something that should be made. But I do like fantasy, and Disney has more than enough money to be throwing stuff at the wall to see what sticks.

This was a fantastic cartoon and I'm excited guys like Samberg and Mulaney get to do it. They are both hilarious and have fantastic voices for this sort of project. Plus, this is a great PR win for Mulaney.

13-year-old Nate Foster is an unpopular Midwestern kid who entertains vivid fantasies of becoming a big Broadway musical star. In the meantime, however, Nate can't even get a decent role in his middle school's drama productions, getting cast as a tree in the chorus instead of the lead role he craves. However, when he and his best friend Libby mastermind a daring trip to New York City, without their parents' knowledge, to audition for "Lilo and Stitch: The Musical," Nate may be on the verge of fulfilling his lifelong dream. But first, he has to overcome a series of comical obstacles that threaten his Broadway adventure with disaster at every farcical turn.

Sure. I think Disney+ should honestly keep making musical properties if the end result is discovering more stars like Olivia Rodrigo.

I personally don't care for Hocus Pocus, but this is going to let a lot of 25-40 year old women to joyously live vicariously through little girls.

This has been in the works for quite a bit and I don't know how to feel about it. I really like this cast a TON, and Zemeckis is a legend who has obviously worked Hanks before. But I just find Pinocchio creepy in the same way that I find all talking dolls creepy. I'm totally fine leaving the lore of the lying puppet with the animated version and the recently ok Roberto Benigni version.

After falling in love with Kira King, the daughter of basketball star and sneaker tycoon Darius King, an aspirant Queens sneaker designer gains the confidence to pursue his dream of becoming a professional sneaker designer with the help of his best friend, Sami, and his Fairy Godfather.

Look, I understand the thought process. Sneaker culture is massive, and Cinderella happens to have a massive plot point revolving around a shoe. Sure! But come one, what is this? It's shoehorning, pun intended, these two things together without a touch of subtlety.

#11. The Proud Family: Louder and Prouder

Despite not being in the target demo for the original show at all, I liked the Proud Family growing up. It was funny and had a great family dynamic. This reboot has a much more high profile voice cast than the original, which I am indifferent about. I will say that I am surprised to see Carlos Mencia ANYWHERE, but very surprised to see him on a Disney property.

I'm a big time Warwick Davis guy so I'm excited for this. New tech, a great cast and a solid property to work off of. FWIW, 'Life's too Short' is also hysterical. This clip kills me every time I watch it.

#13. Kenobi behind the scenes look

This was a cool little sneak peak. Didn't give us much, but I like seeing Ewan McGregor getting pumped up over reprising the role and getting to work with Hayden Christiansen again. I'm a little big fucking livid that we didn't get any footage, but whatever.

This is actually pretty cool. I, like most people, love the old X-men animated series. I can't imagine that a new series will capture that same magic, but I'm interested enough to se them try. Set more properties in the 95-2005 time period!

This is going to be a big deal for Marvel, obviously. Oscar Isaac is one of the biggest actors in the world, and Moon Knight is one of the coolest characters. I mean, look at this delight! 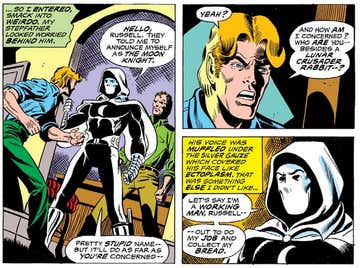 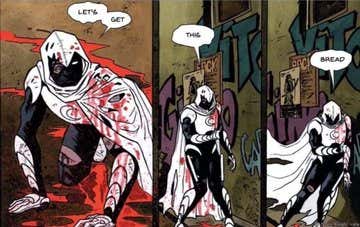 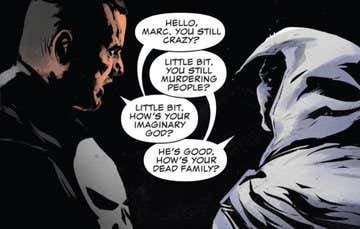 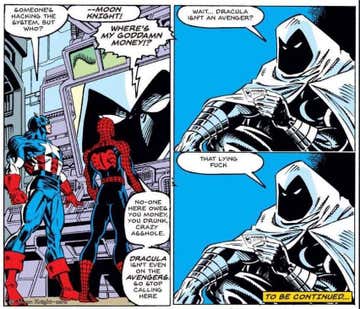 I don't know a ton about this character, but I'm always down for more Hulk content. Seeing that our She Hulk is going to get some counseling with Bruce Banner (along with some explanation of how Bruce got out of Dr. Hulk form) is very cool.