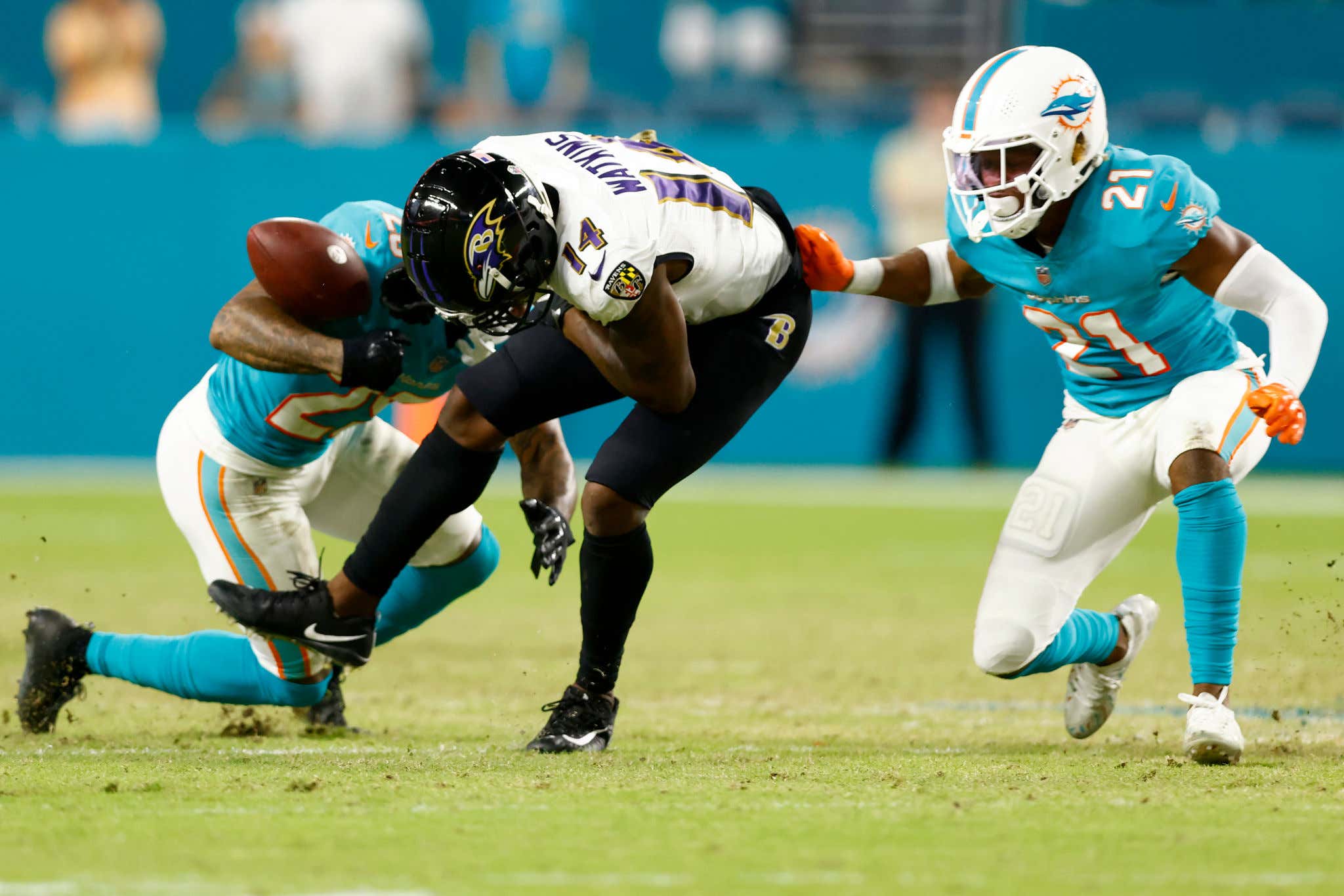 What a disgusting game. I apologize to America… nay, the entire world… on behalf of Baltimore for what they had to sit through tonight.

Everything about tonight had "ugly London game" written all over it. Two teams playing bad football, flailing in the wind offensively. You had weird plays, rules and replay review confusion, shitty turf, you name it… I'm not so sure Goodell didn't slip in a quick bonus London game in. And anyone from Baltimore knows how the Ravens play in London (see one game vs Jacksonville back in 2017).

In all seriousness, the Ravens laid an absolute egg tonight on all fronts. They were out executed, out coached, and flat out embarrassed. They moved the football decent early, but failed to finish drives and suffered from a rare Justin Tucker miss to give Miami some momentum. From there the Dolphins continued to throw cover zero at Lamar and he and Greg Roman had little to no answer for it. The offensive line struggled mightily, and Roman's answer to that was to throw screens and short passes with little success. The Ravens were a miserable 2 of 14 on 3rd down, mostly because they were in 3rd and long just about every time out.

Despite all of that, the defense mostly played pretty well tonight…. except the inability to avoid making a couple boneheaded mistakes. Two massive miscommunications resulted in two huge plays that came at the worst times possible, especially the one after Lamar was able to cut the deficit to one score late in the 4th. There's just no excuse for a guy to be as wide open as he was there. It's the kind of shit you see on Friday nights, not at the professional level…

All of this put together was a lot to try to overcome, yet things were still close enough where a play here or there could have swung things our direction. Those kinds of things didn't go our way tonight. Sammy Watkins fumbling there is a tough look and resulted in the biggest play of the game. Who the hell knows what kind of football game we have on our hands if he doesn't mysteriously pull up on that potential TD on the opening drive too. And then the Patrick Queen strip sack that he wasn't able to scoop and score…. would have been so massive. Honestly don't think there's any guarantee that Dolphins O-lineman doesn't gather that ball anyway if PQ had just fallen on it but we'll never know. Great hustle by that guy. Tough break for us. Just not our night.

So what now? AFC continues to make no sense and we're not immune to that, clearly. With that said we're 6-3 despite a banged up roster and still in position to make some noise. We laid an egg like this against an eventual 5-11 Jacksonville Jaguars team on MNF in 2011 and managed to go 12-4 and come a missed FG/dropped pass away from going to the Super Bowl. This season can still be a great one, these guys just gotta look in the mirror and figure some things out. Weekend off and then we head to Chicago. Gotta go get that one and then it's time for the AFC North gauntlet. Simple as that.